My twenty-first post for the A-to-Z Blogging Challenge, T is for...TV DVD: 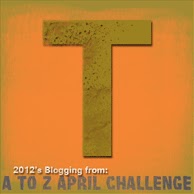 I love TV. I love DVD. As I result I'm a big collector of TV on DVD as far as my budget will allow and for no particular reason that I can defend I feel that DVD should be complete. I don't wish to sound ungrateful because it's obvious that many DVD releases are made as a labour of love, particularly those in the Doctor Who and Red Dwarf ranges.

I get very frustrated when things I like aren't released on DVD for obvious reasons, but I get even more frustrated when a series is released with some omissions. It just seems like such a missed opportunity. With this in mind I've written three previous Please Release Me posts listing things that I'd love to see released on DVD. And so here's:

Here's another batch of TV shows that are unfortunately currently unavailable on DVD:

Doctor Who: The Crusade, The Tenth Planet, The Underwater Menace, The Moonbase, The Ice Warriors, The Ambassadors Of Death, The Mind Of Evil, National Television Awards scene, Death Is The Only Answer
I've written about a few unfortunate gaps in the series already, but I want to stress that the Doctor Who DVDs are wonderful and because they have been released in a randomish order and also as some stories are being re-released any gaps may well be filled in the years to come. 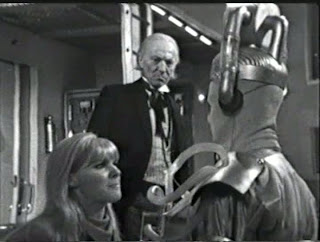 Many sixties episodes of Doctor Who are missing from the archives altogether and against all odds they do seem to turn up from time to time. When the DVD collection of extant episodes, Lost In Time, was released, the existing episodes of The Reign Of Terror, The Tenth Planet, The Ice Warriors and The Invasion were omitted, presumably because they were seen as viable releases in their own right. The eight part Patrick Troughton story The Invasion had two episodes missing, which were beautifully animated by Cosgrove Hall to the existing soundtrack. This kept hope alive that other stories with missing episodes might get the same treatment and The Reign Of Terror has indeed been announced as a forthcoming DVD release with its two missing episodes animated, so here's hoping that The Tenth Planet and The Ice Warriors get the same treatment. 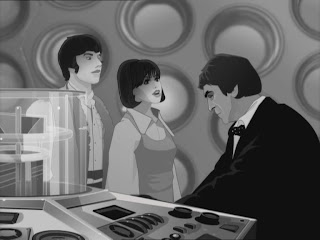 Three stories that were represented on Lost In Time: The Crusade, The Underwater Menace and The Moonbase are all four parters with half their episodes missing. While I appreciate that the ratio of animated material to existing material would be higher on these stories and therefore so would the costs of production, I would love to see these stories get a DVD release as well. 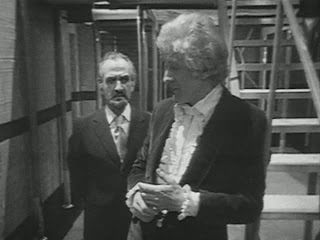 In addition, there are a few episodes of some Third Doctor stories that although made in colour only exist in black and white. The DVD releases of Terror Of The Autons, The Dæmons, Planet Of The Daleks and Invasion Of The Dinosaurs all had monochrome episodes that were re-colourised. Let's hold out hope that the same is possible for The Ambassadors Of Death and The Mind Of Evil as well. 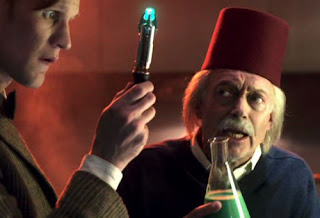 And bang up to date with the Eleventh Doctor in glorious technicolour and two mini-episodes. Steven Moffat wrote a scene for the opening sequence of the 16th National Television Awards featuring Matt Smith, Dermot O'Leary and a host of characters from the likes EastEnders and Coronation Steet and with Graham Norton chalking his third appearance in Doctor Who. It's no surprise that this isn't included in the DVD boxset, because it must be a copyright nightmare, but it would have been nice for completeness. Death Is The Only Answer however is very odd omission. It was written as part of the Script To Screen competition by a class of children from Oakley Junior School with a great performance from Nickolas Grace as Einstein and shown in the last episode of Doctor Who Confidential. The sixth series DVD set features the cutdown versions of Doctor Who Confidential and unforgiveably it was the mini-episode that was cut out. How brilliant would it be for those kids if we could all purchase a copy of their work? How brilliant for us that it is worth purchasing? How annoying that it is unavailable for purchase?

QI: Series D, E, F, G, H and I
The first three seres of the Quite Interesting gameshow were released on DVD and very good they are too, but that's where it ended. Yes, I know it's on TV all the time, but it woud be lovely to have the likes of the episodes on Death, Espionage, France, Gallimaufrey, Hoaxes and Imbroglio on DVD. We deserve the opportunity to build up our own Encyclopaedia BritanniQI. 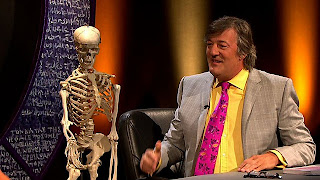 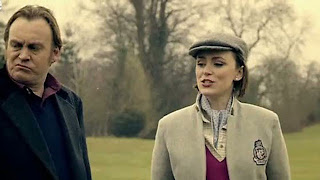 Is there anything that is currently unavailable on DVD, that you would like to see get a release?
Posted by Dave at 00:01
Email ThisBlogThis!Share to TwitterShare to FacebookShare to Pinterest
Tags: Ashes To Ashes, Blogfests, Doctor Who, Please Release Me, QI

Sorry you are missing so many Dr. Who episodes and series. I'm fortunate that all of the Star Trek and Stargate series are on DVD. I am still waiting for the DVD version of Michael Mann's The Keep though. Really freaky movie.

It's a real downer about those Dr. Who episodes that went missing - great post.

Thats a raw deal about those missing Dr Whos. I remember being freaked out by the Daleks when I was little. 'Exterminate, exterminate.' Lets just say they've made a lasting impression.

I'm also a huge fan of TV - I chose it for my A to Z theme. I see you're in England (I'm in the states). My best friend moved to England a few years back, and what I found so interesting about visiting is how connected we are by watching the same movies and TV. Since so much is on DVD, we can all watch the same programs (eventually). Her husband loves Battlestar Galactica and we loved the British version of The Office. they had us watch comedy by Bill Bailey and his show Black Books and we talked about Lost. I love how global entertainment is now.

Alex, some are simply not out yet and it's a matter of just waiting. Some however no longer exist for a variety of complicated reasons.

I've never heard of The Keep so I looked it up. It's true that it's never been made available on DVD, but it is on Netflix if that's any help.

David Macaulay, they turn up in a strangest places from time to time, but I think animation is the best bet for plugging those gaps.

Spacerguy, I think that's a healthy reaction to Daleks.

Stephsco, I haven't seen either version of Battlestar Galactica properly and Lost got away from me a bit. There are a host of US shows that I love, like the Star Treks, Joss Whedon's stuff and Northern Exposure, but there doesn't seem to be any 'new' TV from the US, that grabs my attention. I'm glad you like Black Books.