Ten years ago this month I posted these of the Carruthers Blog:

I'm really glad we called Iain Lee a Cunt. It's good to be reminded that we were doing some vital work.

It's just possible that I was applying for several jobs and being interviewed by a great many idiots when I wrote this.

I like the silliness of this one, which is probably the tone of the 'Search For Carruthers' posts from now on.

Plus I spent time making this image in MS Paint of Simon Mayo holding his namesake... 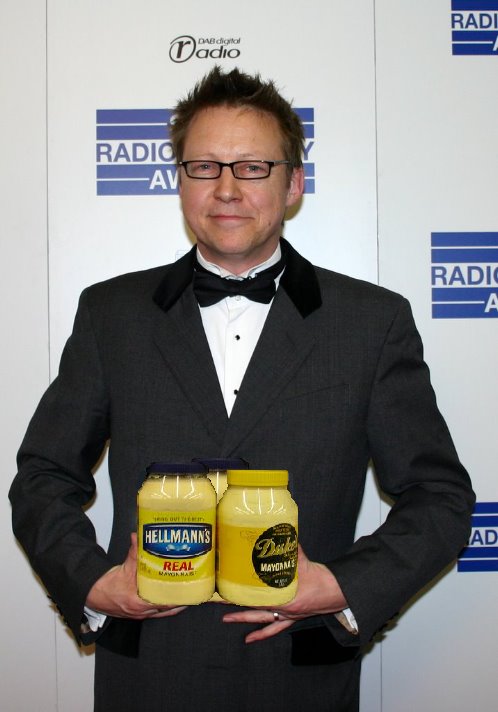 Just think what we're missing out on pic.twitter.com/8ZQ8yjakyS

Has anyone ever seen the Big Ron footage? Or is it another of the missing episodes? Are there telesnaps? Will they animate it?

It’s come to our readers attention that @Jacob_Rees_Mogg has been masquerading as Beano character Walter Brown. A clear breach of our copyright. pic.twitter.com/voWQZ5VkPS

Still, worth it just to hear the instrumstral version.

Tories, February 2018:
“How dare Labour say children will miss out on free school meals. This is fake news!”

“If only there was some way of knowing why violent crime is heading back to its highest level in a decade” says government who’ve cut police numbers by 20,000.

I suppose it might get a bit tedious come the Olympics, but would it not just be more honest if every country adopted Jarvis Cocker's "C***s Are Still Running the World" as their national anthem?

Arrived back in UK yesterday from France. Thanks to our EU membership:

• I didn’t need a visa
• If my flights had been delayed, I could have claimed compensation
• E111 would give free access to healthcare
• I used my phone/data like I was in UK

Grow your silvery nails and the job's yours. pic.twitter.com/X0Ppf89Uzs

Those emms of taranium are fiddly to open, so Mavic's were genuine...

Her name was.... it never suited her pic.twitter.com/IaIghP2n0H

The girl that says "from Character" is the most evil and vile creature in the universe.

"I need your clothes, your boots and your motorcycle" pic.twitter.com/zzfusnlVgM

Here's a refracted Jarvis Cocker just for you. pic.twitter.com/DtobQd5SWc

@RichardAyoade, my wife has fallen in love with your blue icicle Oslo jumper from #TravelMan. Where and how and where did you come by such apparel? pic.twitter.com/2clDSd78C5

She's still an 'Also Star', but yes it would have been great if the opening credits didn't so obviously signal her departure and replacement.

Astronauts have to sleep near fans so they don’t suffocate in their own exhaled breath.

#OTD 1984: Moira Stuart read out the 'other' candidates in the Chesterfield by-election. Glorious! pic.twitter.com/zVpubCZtHX

Every story is somebody's favourite*.

She's all about the Four To Doomsday. Absolutely obsessed.

In the early days, Stan Laurel was Charlie Chaplin's understudy. Here's a photo of Stan as Charlie's famous tramp character from 1916 pic.twitter.com/CQUU5lfcs5

TNG: Rascals. Where to begin?! Um. Some ideas look good on paper, I suppose. But there is a fine line between clever, stupid and NONONOSTOP and that line is where they regressed Keiko to a 12 y-o and made her share scenes with her husband. But the Guinan girl is quite good. 1/10.

It's important to read to and with your children. #literacy pic.twitter.com/09ADE2i1rY

What is that painting? It's fantastic

Why are we blaming @Theresa_May for the #WindrushScandal? Clearly, this is entirely the fault of whoever was Home Secretary between 2010 and 2016 instead?

NHS staff are not failing, they are being failed.

Please RT if you know there is a big difference. pic.twitter.com/HOrAdJl1av

I can't claim to know much about Dale Winton's body of work, but he was great in Trainspotting. pic.twitter.com/Hi4Sl9jhhN

"Feckless. They act like these things are happening to them, as opposed to because of them. Given the judgments they like to visit on the weaker members of society for comparatively minuscule transgressions, this makes them the most raging hypocrites too" https://t.co/WxzoWt80M2

I didn't know I was at my new favorite bar until I went to the restroom and saw Star Wars playing @HamillHimself pic.twitter.com/rTiuVINbw7

In 2004 Theresa May said "I find it extraordinary that a Minister isn’t willing just to step up to the plate and take responsibility... I’m actually sick and tired of Government Ministers who simply blame other people when something goes wrong".

I have yet to see Black Panther...

Remember when all the bands used to live in Leamington Spa 🤔 pic.twitter.com/Ws9xhsr0uz

Interesting insights into the excesses of the film that completely changed the genre. Nice work @TheGeekTwins https://t.co/fwsZWHv7Fx

I’m lying here at St Mary’s hospital awaiting my urgent leg fracture surgery after 8 days of cancellations due2lack of #NHS resources. Meanwhile, I’m watching the #RoyalBaby crowds opposite, private treatment queens & princes & heirs. Journos are on the wrong side of the road. pic.twitter.com/Y0J0Qw74sx

It could be short for Matador instead.

Hello, please have this GIF of Peter Hitchens losing an award to Matthew Parris pic.twitter.com/uRNPhy5Pr8

@whedonesque Buffy as Faith or Faith as Buffy?

He's still in uniform, because although this school trip may be a little protracted and unorthodox he's still an ambassador for the school.

Six years since I saw the Shane Richie car and bin in Chorley. pic.twitter.com/W3sNTMzds5

I wrote a book!

Supervillain! An Unauthorised and Unofficial Guide to the World of #DrHorrible is available now. I recommend it highly.https://t.co/Tz2QiK0v4E pic.twitter.com/10TSLnalsq

If Amber Rudd has gone because of a memo to @theresa_may telling her about higher targets for enforced removals, then surely the Prime Minister also knew and should not have allowed parliament to be misled all last week. pic.twitter.com/LrUR6uHsCD

Take a look at this weird and wonderful Rowan tree growing out of a long gone building spotted by our Ranger Shaun. pic.twitter.com/LnzK5yktwM