Time Shadows, the unauthorised and unofficial Doctor Who short story anthology in aid of e-Nable which I have a story in, is available for purchase now. 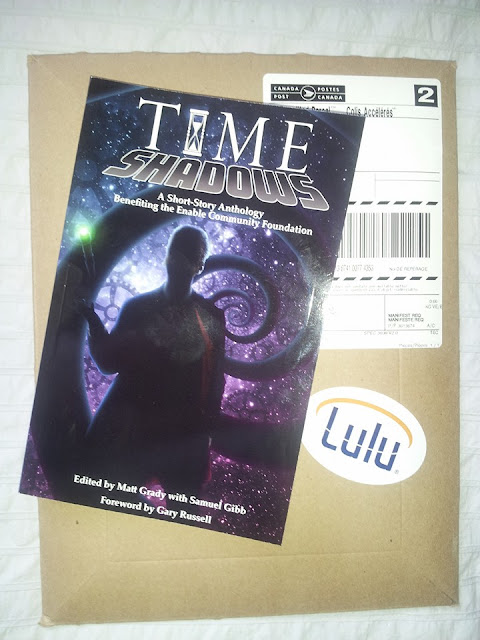 Posted by Dave at 10:00 No comments:
Email ThisBlogThis!Share to TwitterShare to FacebookShare to Pinterest
Tags: Doctor Who, Time Shadows, Writing

#MOTD2 is about to start. Can someone let know if there are any more #DoctorWho announcements?

#DrWhoFactoidz Adric is an anagram of Acrid

#DrWhoFactoidz The phrases 'UNIT Family' and 'UNIT Dating' are not mutually exclusive, but they probably should be.

#DrWhoFactoidz Companions no longer need to be able to scream in the key of F. This can now be achieved digitally.

If you're planning to #VoteConservative , remember to go after 10pm! The queues will be shorter, you're welcome x

@David_Cameron is apparently fantastically envious of the leaders of Nigeria and Afghanistan...

I failed to win #Eurovision once again. Sorry.

Great #Transformers quotes: "Wait a minute. Since when do ghosts tumble out of control through space" Cyclonus, Ghost In The Machine

I wish other Dr Whos and their wives would do adverts for saucepans. It's been way too long since the last one. https://t.co/alehORScXx

Pseudoscope have released teasers for every story in Time Shadows. Mine is by far the briefest. I prefer to think of it as succinct.

My story is called Mixed Signals and features the Fifth Doctor and Nyssa, as played by Peter Davison and Sarah Sutton. It is set between the TV stories Time-Flight and Arc Of Infinity. 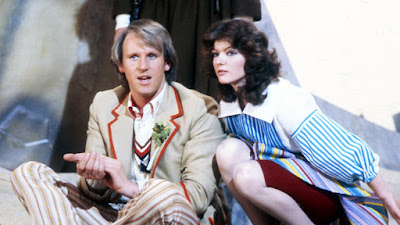 So without further prevarication here is the teaser for Mixed Signals:

"Sanity is in short supply on the planet Bantrak. Can the Doctor and Nyssa survive a visit without losing theirs?"
Posted by Dave at 10:00 No comments:
Email ThisBlogThis!Share to TwitterShare to FacebookShare to Pinterest
Tags: Doctor Who, Time Shadows, Writing

lol if I paid 79p for Space Raiders I better actually go to space pic.twitter.com/ICkfz8j4gP

When did the UK stop referring to them as Police Huts? pic.twitter.com/ygb6tp0zR1

The Isolator. A helmet invented in 1925 that encourages focus and concentration. pic.twitter.com/95CiSj9XrS

I could have sworn I had some Supernoodles in here. pic.twitter.com/RtHV1cOT4w

I'm supposed to be writing. I'm watching #SpaceAboveAndBeyond instead. So far, no guilt...

If you've been chuffed to see your name on a coke bottle then imagine my joy on every visit to B&Q.

I hate it when you try to buy a box of Sun-Maid raisins, but accidentally purchase Chairman Mao's Little Red Book. pic.twitter.com/SmMi1MQYC4

The no smoking with kids in the car law is going well. pic.twitter.com/Il1YhNNhre

My toddler's train track is freaking me out right now. What is going on here?! pic.twitter.com/9o8bVWF5KO

Just discovered there's a @WheresWally colouring book. How brilliant is that? Someone thought this is too easy, let's make it monochrome...

Want to feel old? This is the boy who played Anakin in The Phantom Menace. pic.twitter.com/7XAZ1fgnOY

I'm going to keep it classy. It would be ‘morally wrong’ and ‘hypocrytical’ to comment on another individual’s tax affairs.

#FakeRockandRollFacts The Rock And Roll Hall Of Fame has no air conditioning.

Free the Chipping Norton one... https://t.co/dkI5TkBlJE

I want a sitcom about these neighbours pic.twitter.com/DL4enweF3c

Odd, given this is exactly what HMRC legally requires everybody to be able to do. #ResignDavidCameron pic.twitter.com/A0O6BSPD0X

#OnThisDay 1961: The British public reacted to news of a man in spacehttps://t.co/8LMg8rZows

You know you are working with Penn & Teller when you get undressed at the end of the day and ripped up cards fall out of your bra.

#captionbot thinks @ReeceShearsmith's Papa Lazarou was misunderstood all along... pic.twitter.com/Sdbv6Pxmkt

#captionbot reinterprets the best panel from @2000AD's #BadCompany as a rural idyll. pic.twitter.com/wVe4oHrl30

#captionbot reveals that #Farscape's Pilot was really a biker. pic.twitter.com/3W4OnD4Pgx

If all of the contestants on @ITVChase take a minus offer, do they owe the money? Does @BradleyWalsh send in the bailiffs?

Who is going to play @RubyWax in Season 2 of #ThePeoplevOJSimpson?

@MinifigsMe Is that Jeff, or Gordon?

The newsreader on @BBCLookNorth almost announced that @ShedSeven have had their rape conviction quashed.

Did you see the Telegraph today @POTUS? 145,000 Brits are asking you to stop negotiating TTIP #ObamaStopTTIP pic.twitter.com/UzyVHnuOqQ

@OldRoberts953 Has he ever been to Kendal?

Yes, it’s annoying when Americans call the UK “England.” But not half so bloody annoying as when English people do it.

Barack Obama arrives in the UK to discuss selling the patent for his walk-in fridge design. pic.twitter.com/HGeSKy4ova

Posted by Dave at 10:00 No comments:
Email ThisBlogThis!Share to TwitterShare to FacebookShare to Pinterest
Tags: 2000 AD, Alien, Doctor Who, Farscape, Star Wars, The League Of Gentlemen, Twitter, Where's Wally?

Face To Face, Back To Back

A couple more snippets of information about Time Shadows, the Doctor Who short story anthology:

Those of you on this social media platform can find out the latest news about Time Shadows. 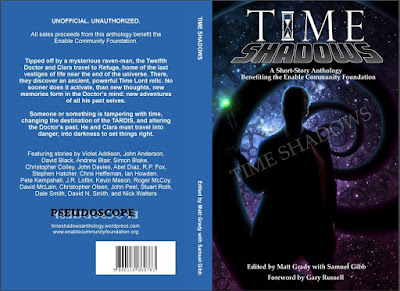 The back cover of Time Shadows has been released to accompany the front. It reveals details about the multi-part story featuring the Twelfth Doctor and Clara story that I did not write. In addition it features not just a list of the writers, but also a bar code.
Posted by Dave at 10:00 No comments:
Email ThisBlogThis!Share to TwitterShare to FacebookShare to Pinterest
Tags: Doctor Who, Time Shadows, Writing

@AnnaSulan Do you have many read ones?
— David Black (@Davetweetedthis) 27 March 2016