M Is For...Movies On DVD

The thirteenth post for the A-to-Z Blogging Challenge, M Is For... Movies On DVD: 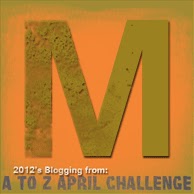 It's annoying when things are released in one region and not another. Selfishly, it's even more annoying when the region left out is Region 2. I wrote a couple of Please Release Me posts listing things that I'd love to see released on DVD. And so here's:

Please Release Me DVD #3
Movies as yet unreleased on Region 2 DVD:

Time After Time
Pitting Malcolm McDowell as H.G. Wells against David Warner as Jack the Ripper, Nicholas Meyer's debut as writer and director is a film no one seems to have a bad thing to say about and yet it remains stubbornly unavailable in the UK. I really want to see this. 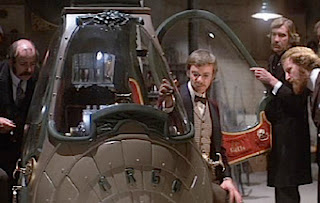 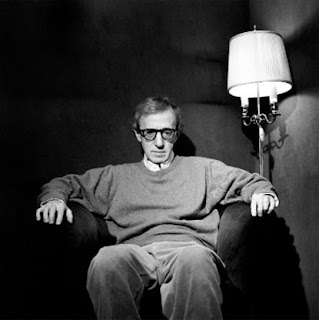 - - - - -
Serenity, Special Edition
It's a common practice to double dip, but I loved Firefly and Serenity so much that I'd definitely go back to the well. When the latter was released in a special edition festooned with more extras, the geek in me eagerly awaited a Region 2 release, but alas it was not to be. There doesn't seem to be any logic to what does and what doesn't get the special edition treatment in the UK, but this is a more common practice in Region 1. Don't even get me started on The Criterion Collection.... 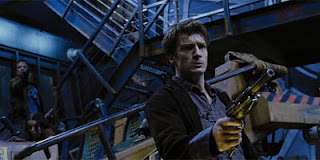 Is there anything that you'd love to see released on DVD?
Posted by Dave at 00:01
Email ThisBlogThis!Share to TwitterShare to FacebookShare to Pinterest
Tags: Blogfests, Please Release Me, Serenity

Here from A-Z.
Movies are on my mind tomorrow. I do not think I have heard any of these movie. I suppose I will have to check them out!
~Naila Moon

That's interesting. I didn't know about the regions. That does stink to have movies out on DVD that you can't get because of where you live.

Oh, I remember seeing Time After Time a long time ago. I'm not sure if it's available on DVD in the states.

I was thinking about Time After Time just the other day. I really liked that movie and I haven't seen that even in Region 1. ??

You didn't get Serenity? That is just wrong!!

Naila Moon, I'll have to check your site tomorrow. I can recommend Serenity, but as I say I haven't been able to see any of the others yet.

Nigel Mitchell, I'm sure it works both ways as well.

Jenny, was it good?

DL Hammons, I think Time After Time must be out on Region 1 DVD, because there are expensive NTSC imports on the UK Amazon site. I'm glad you liked it. I'll see it eventually.

Alex, well no, we did get Serenity and although it had some extra, it just wasn't the special edition with geeky extras galore that was released in Region 1. I know there are bigger fish to fry.

Very interesting. I only just heard of Global Regionality the other day in reference to FEMA in the USA. Didn't know there were DVD release regions as well. Thanks for filling us in.

Brendan, I didn't realise regionality was a facet of FEMA. Thanks.

I have the opposite problem in that I want to see excellent British comedies/dramas etc and they are not released in Region 1. Annoying isn't it. Nice to meet you in this A-Z and new follower.

I have the opposite problem in that I want to see excellent British comedies/dramas etc and they are not released in Region 1. Annoying isn't it. Nice to meet you in this A-Z and new follower.

Claire, what have you struggled to find released in Region 1?