Thank you to everyone who got in touch to point out that I have neglected a number of downstreaming options for Stewart Lee's Comedy Vehicle and those who, adorably, thought that I genuinely believed downstreaming was a thing.

In addition to Netflix, it's also on the Amazon, the iTunes and on YouTube as well, but not the normal YouTube, the YouTube you have to pay for. 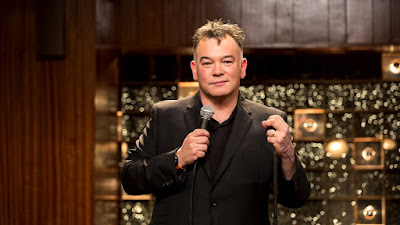 Either way, the DVD will be cheaper.
Posted by Dave at 10:00 No comments:
Email ThisBlogThis!Share to TwitterShare to FacebookShare to Pinterest
Tags: Acting, Stewart Lee's Comedy Vehicle

You're only as old as the half dozen hermaphrodite hexapods you feel.

I emerge. I am emerging. I have emerged. pic.twitter.com/HGjm8K3Kwo

@phlaimeaux, is that you on the left?

Daniel Craig is back for 2 more bond films? Great, but what about the greatest extra of all time- the sweeping man in Quantum of solace ? pic.twitter.com/kBGDcozkWl

i must go, my planet needs me pic.twitter.com/GujTFlSA5K

A huge thank you to #Frasier for giving the world the phrase: 'Outlaw Laser Robo Geek'

The show is called 'Torchwood', the character is 'Rot Cod How'.

When you tread on a plug. pic.twitter.com/p9Fctp4QJN

The End Of The World Enough And Time #portmantwho

World Enough And Time And The Rani #portmantwho

The Name Of The Doctor Falls #portmantwho

Not normally good at wordsearches, but @RedDwarfHQ have released one full of #RedDwarfXII episode titles. I'm most looking forward to Perm. pic.twitter.com/mVoqmshxOI

Hell of a day for the President to forget how to tweet. pic.twitter.com/ABffmwwH8D

Is this how Shako came to be? @2000AD pic.twitter.com/Jg4kitOmUC

And can you make him smile?

He should never have left. He was so selectively quoted that what he actually said was lost in the mists of twitter.

2014 Me: "In Winter Soldier, I don't see how Hydra/Nazis could infiltrate the government without anyone noticing."

I'm disappointed to discover that a triathlon isn't a 26.2 mile three-legged race...

Star Trek: The Next Generation Game - as requested by Martyn Huyton-Berry pic.twitter.com/W38CGihoQ3

Here's what Paraguayans did with a statue of dictator Alfredo Stroessner (1954-89). It's an interesting compromise. pic.twitter.com/gEtUPLseDz

Chameleons are fun cause they'll grab anything you give them. pic.twitter.com/aTJ2Abjrs4

All these folks worried about erasing history when the Confederate statues come down will be thrilled to learn about the existence of books.

"It's my estimation that every man ever got a statue made of 'em was one kinda sumbitch or another." Mal, #Firefly pic.twitter.com/cbIPkPkdde

Cathay Williams: born a slave, she dressed as a man so she could serve in the US Army during the Civil War.

MPs attending the Big Ben vigil. Here are the directions to the nearest food bank for some fucking perspective. @TwopTwips pic.twitter.com/QbIKWcpT6s

No #Wimbledon moment will ever top the combination of these two sponsors pic.twitter.com/izlvXLnwVx

If you have any information concerning the whereabouts of 19 year old Rose Tyler you should probably just keep it to yourself 😯 #DoctorWho pic.twitter.com/OkIK8ajRi7

Graeme Harper would have made an excellent companion.

If he was still with us, today would have been the 64th birthday of Bolaji Badejo, one of the men responsible for bringing the Alien to live pic.twitter.com/TyTY97h6ZC

Apologise immediately, @richardbranson. #traingate has been shown definitively to be a lie - a lie you propagated. pic.twitter.com/sGrEluTcbz

The strewth is out there.

This time it's impersonal.

Wasn't @Vera_Chok excellent on @Channel4News? Yes, yes she was. And she will be again on Channel4+1 if you didn't see it.

Isn't @Vera_Chok's @Guardian article excellent? Yes, yes it is. And it will be again here: https://t.co/AgHWtX6F3W if you didn't see it.

For some unknown reason Tory Juniors @ActivateBritain seems to have deleted this fantastic tweet and #meme. Please help share it for them. pic.twitter.com/TnfNjI9qhF

Do you mean The Day Of The Doctor? pic.twitter.com/5nQqNJDpGq

I've often felt a kinship with Princess Diana. We have a lot in common: I don't like landmines or Prince Charles either.

Every few months someone will recognise me from Stewart Lee's Comedy Vehicle. It sounds astonishing after such a fleeting appearance. Initially, it meant that a run of repeats had begun on a succession of channels, slowly moving further away from BBC2 with the channel numbers going up and up. Channels I have never heard of.

More recently though, it's not because it's being broadcast. Instead because they are watching it online. Downloading it. Streaming it. Downstreaming it.

I wasn't entirely sure where, so I asked the latest person to mention it where they had seen it. Turns out it's on the Netflix. 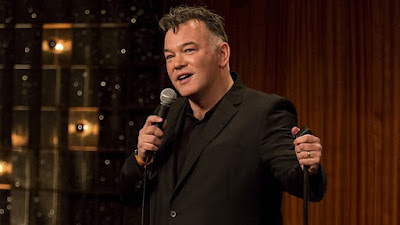