My third post for the A-to-Z Blogging Challenge, C is for... Captains: 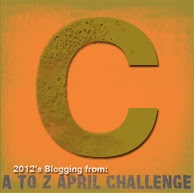 I recently compiled a Top Ten list of my favourite ships and every spaceship needs a captain and so with the same caveats as before, I present a list of my top ten favourite captains:

Special mentions for Captains Montgomery Scott, Edward Jellico and Jonathan Archer from Star Trek, Captain Han Solo from Star Wars, Captain Blackadder from Blackadder Goes Forth, Captain Carrot Ironfoundersson of the Discworld's Ankh-Morpork City Watch, Captain Mike Yates and The Captain of The Pirate Planet from Doctor Who and intriguingly the enigmatic parrot Captain from The Sarah Jane Adventures.

10 - Captain Spock
Everybody's favourite half-Human, half-Vulcan hybrid was promoted to Captain between the first two Star Trek films and placed in command of the ship he had served on for donkey's years, but what marked out Spock as a great Captain was his ability to step aside and relinquished the centre seat to Kirk when the situation demanded it, logically of course.


9 - Captain Kathryn Janeway
Star Trek: Voyager's matriarch navigated her stranded vessel through hostile territory over the course of seven years and crucially got her crew home. For the most part she successfully juggled the chain of command with friendship and must be responsible for more first contacts than any other captain in Starfleet. 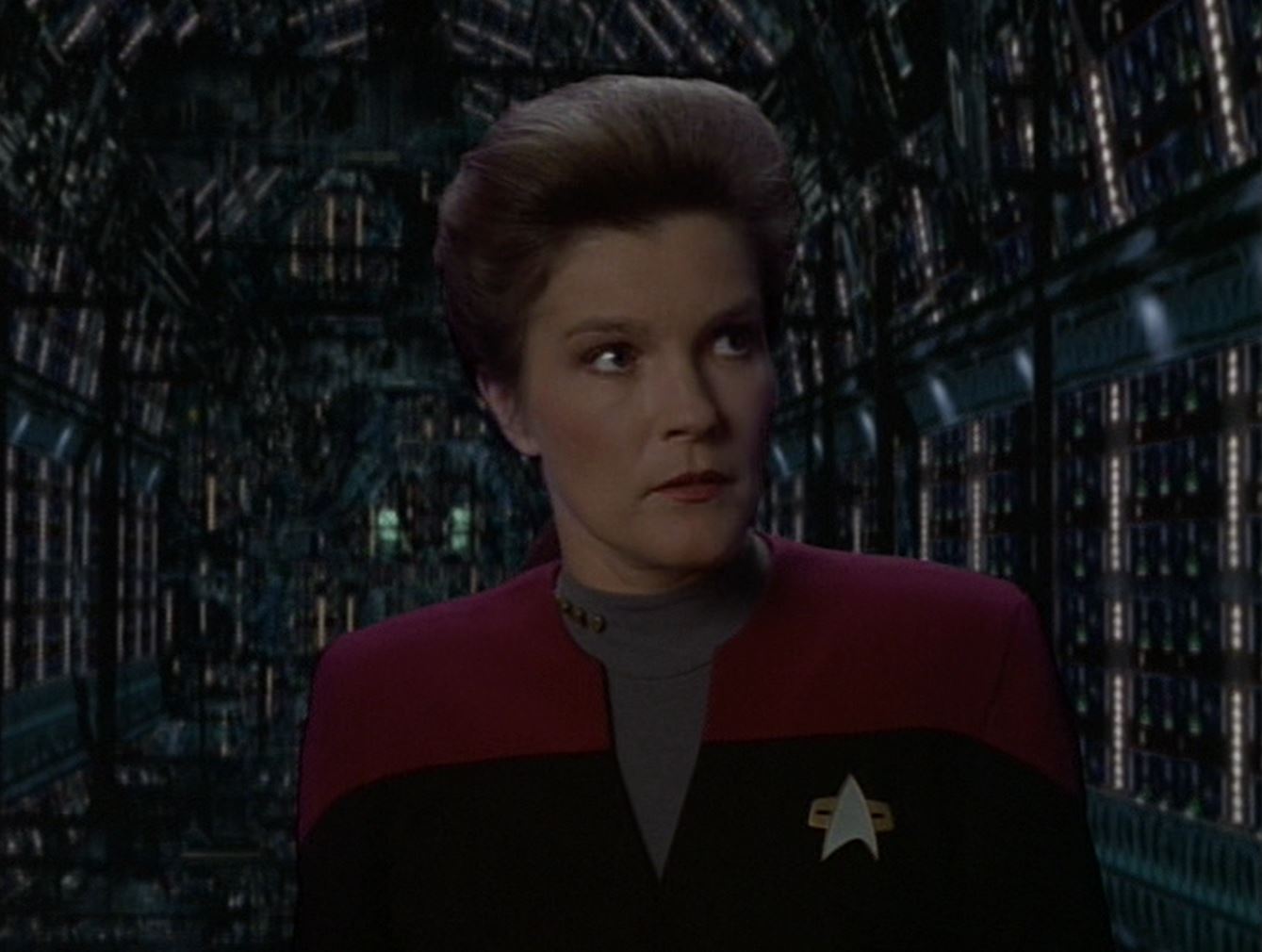 8 - Captain Jack Harkness
Doctor Who's Face of Boeshane peninsula turned time agent assumed the identity of a deceased Captain Jack Harkness on a visit to World War II. Whilst travelling with the Ninth Doctor he was exterminated by the Daleks and resurrected by the power of the time vortex flowing through Rose Tyler in 200,100 AD. He travelled back to the 19th century alone, discovered he was immortal and was recruited by Torchwood. He waited until the 21st century to be reunited with the Doctor, now in his tenth incarnation. Buried in 27 AD and exhumed in 1901 AD. In his 2,000 or so years he has been married, pregnant, a fixed point in time, killed his own grandson and bruised his arm.


7 - Captain Hikaru Sulu
Sulu was always a favourite character of mine and George Takei was always great, but when Star Trek VI: The Undiscovered Country came along and the Captain of the USS Excelsior was the former helmsman of the Enterprise. I was thrilled. When he turned up again in Voyager's Flashback there was a murmur that it could possibly be a backdoor pilot for a spinoff series of his own. Names like The Adventures Of Captain Sulu or Star Trek: Excelsior were bandied about, but sadly it was not to be. It could have been magnificent.


6 - Captain Frank Hollister
On the face of it Captain Hollister wasn't a man marked out for greatness, but instead a honest man who got on with the job at hand. That isn't Hollister at all, he's a man who would do anything for an easy life. Dennis the donut boy lied and cheated, and changed his name to Frank Hollister, to become Red Dwarf's Captain. Killed in the first episode you would have expected his career to be a short one, but he returned in a flashback, via a stasis leak and was eventually resurrected by nanobots to become a regular character in Series VIII. Mac McDonald played the part with a quiet dignity and combined it with a deafening lack of dignity.

5 - Captain Turanga Leela
Futurama's cycloptic mutant is the Captain of the Planet Express ship. Saddled with the likes of Fry, Bender and Zoidberg it's a wonder that they ever make a delivery, and it's usually down to Leela that they do. 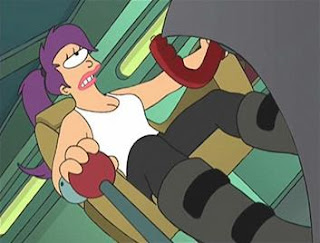 4 - Captain Jean-Luc Picard
Star Trek: The Next Generation's Captain sees himself as an explorer, but on TV he was really more of a diplomat and by the movies he'd turned action hero. Briefly a Borg, he prevented a Klingon civil war, went undercover with the Romulans, was tortured by the Cardassians, appalled by the Maquis and represented humanity on trial by the omnipotent Q. Patrick Stewart was always great and lent the series a series a gravitas that was often lacking in the early days and seemed instrumental in upping everybody else's game.


3 - Captain James T. Kirk
Captain of two ships named Enterprise and commander during Star Trek's five year mission. Kirk was a regular prime directive breaker and repeat temporal offender. He tangled with Klingons, fought a Gorn and stole from Romulans. He was promoted, demoted, framed for assassination, imprisoned, showered with tribbles and is largely responsible for bringing his best best friend back from the dead. 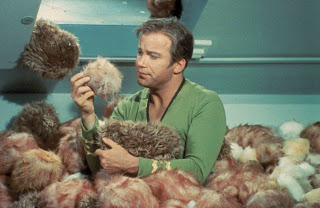 2 - Captain Benjamin Sisko
Captain of both Star Trek: Deep Space Nine's space station and the USS Defiant. Sisko was sent to DS9 to help bring Bajor into the Federation, but he did the opposite and it saved the planet. He was a Starfleet officer who understand how to operate in the shades of grey that his frontier posting presented. He was made Emissary to the Bajoran people in more ways than one and practically raised to godhood by their prophets. He started the war with the Dominion, went undercover with the Klingons, pursued an all-out vendetta against the Maquis, punched Q, raised his son, flirted with a parallel universe version his dead wife, got James T. Kirk's autograph, married another woman guilty of terrorism and he did it all with the middle name of Lafayette. Fantastic.

1 - Captain Malcolm Reynolds
Firefly and Serenity's Captain fought on the losing side, but is Browncoat to the last. An idealist who delights in being a thorn in the side of the Alliance. Sometimes his ship carries goods, sometimes passengers, and sometimes legally, sometimes not. His crew all represent a facet of himself that he has lost along the way and as such he probably needs them more than they need him. In the face of an overwhelming tide of certainty, Mal is refreshingly unpredictable, a law only unto himself and uniquely sure of who that is. Who are your favourites?
Posted by Dave at 00:01
Email ThisBlogThis!Share to TwitterShare to FacebookShare to Pinterest
Tags: Blogfests, Doctor Who, Firefly, Futurama, Red Dwarf, Serenity, Star Trek, Top Tens, Torchwood

Mal gets top billing!
I like that you chose Sisko for second. DS9 never got the recognition it deserved. I thought it was the best of all the series.

I am partial to Han Solo.

LOL I don't know any of these! So, I'll have to go with Susan's suggestion - Han Solo.

Wonderful stuff, and I totally agree with #1.

Mal Reynolds, hands down. So glad you put him in as #1. He's the best.

Captain Crunch, Morgan, Pugwash and Cook but Jack Sparrow and Captain America do it for me!

I don't know where to start! Captain Carrot! I love Terry Pratchett, so this made me smile. As much as I love James T. Kirk, Firefly was probably the greatest sci-fi show I've ever seen. Why, oh why did they have to cancel it?

Wonderful blog, my husband when alive loved Star Trek and Star Wars.This took me back to a happier time in my life, Thank you.

Alex, it's high time for Sisko and DS9 to be re-evaluated. They were fantastic.

Susan Gourley/Kelley, I'm a Browncoat through and through.

Ellie Garratt, Carrot is fantastic, but I thought you'd be livid that I bumped Kirk to third. Thanks.

Yvonne, thank you. I hope you are OK.

What a great post! I think this is my new favorite blog! I will definitely be back to see what you dream up for the other letters, and to read more of your writing. I am following now.

I am doing the A to Z Challenge as well. Take a peek at my blog too if you get a chance! I write humor, and everyone says I am the funniest person on the planet (well, maybe it is just the voices in my head saying that—that’s the doctor’s latest explanation—but I will take what I can get).

I really thought Captain Kirk would take the number one spot! Personally, I am a big fan of Captain Hollister! :D

Well, this may be reflecting my age, but I found James T. Kirk fascinating, since he was the first (except for the comic book captains).
I really liked Spock, as well.
Good post. Thanks for reminder of all of them.
Ruby

MOV, crikey! Thank you. I'll be sure to visit.

Kyra, I figured people would expect Kirk would be number one.

Here's hoping Captain Hollister is back in Red Dwarf X.

"Make it so number 1" would be a quote from my favourite on the list.

John Teal, "Make it so number 4" doesn't have quite the same ring to it, does it?

I scrolled through this quickly just to make sure the Mal was on the list. SO happy that's he's NUMERO UNO! And rightly so.

Having not seen all of Star Trek (yet--I'm making my way through TOS at the moment), I can't really say. But Kirk has been interesting. :)

Has to be Han Solo and Jean Luc-Picard. I'm trying to visit all the blogs in the A-Z Challenge.

Rena, Captain Odama has missed out because I've barely seen any Battlestar Gallactica and so I can't realy comment on it.

The Golden Eagle, I hope you're enjoying working your way through the original series of Star Trek. My girlfriend and I are doing the same thing and it's been really interesting for me seeing it through her eyes. Not literally though, that would be terrfying.

Sharkbytes (TM), but who would be your number one, Solo or Picard?

Good luck on visit everyone.