Whether they sit in the pilot seat, at the helm or the conn, every spaceship needs someone to do the steering. After finding a captain, first officer, doctor and engineer, the fifth crew member I need to recruit is the pilot. It wasn't until I started compiling this list that I realised how few pilots in fiction are portrayed as anything other than fantastic.

Deserving of honourable mentions are M.A.S.K.'s Matt Trakker, Brad Turner and Vanessa Warfield, who all drove land vehicles that at the push of a button became aircraft as well as Miles Mayhem whose helicopter turned into an aeroplane and Millennium Falcon pilot extraordinaire Han Solo from Star Wars.

10 - Mary Margaret O'Connell
Maggie to her friends. Northern Exposure's sarcastic and intelligent bush pilot would make a great companion on those those long isolated flights. She is the only woman to make the top ten which is disappointing because it seems art is barely imitating life and real life female aviators like Amy Johnson and Amelia Earhart. 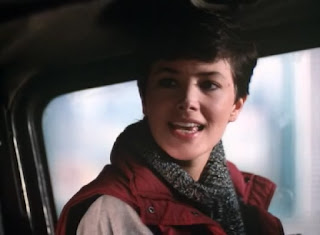 9 - Geordi LaForge
One of the visual metaphors used to illustrate the technological advancement of Star Trek: The Next Generation saw them put a blind man in the driving seat. Geordi would become a better engineer than he was a helmsman and it would be the VISOR that gave him sight or his friendship with Data that would involve him in stories rather than his piloting abilities, but the precision with which he exercised the rest of his duties would have made him a safe pair of hands at the conn. 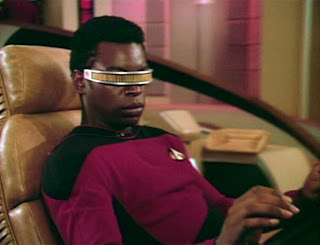 8 - Pilot
Farscape's pilot was simply called Pilot and as such didn't really have much of an identity outside of his duties. He was bonded to Moya, the living Leviathan ship, and guided her, was aware of her pain and was only able to leave her under very extreme circumstances. 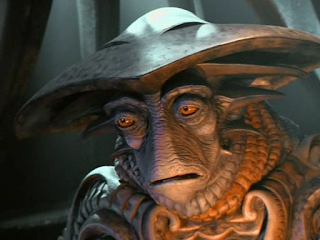 7 - Virgil Tracy
The five Tracy brothers are probably all very good pilots, but Virgil pips the others to the list because he sits at the controls of my favourite of the Thunderbirds, namely heavy duty transport plane: Thunderbird 2. 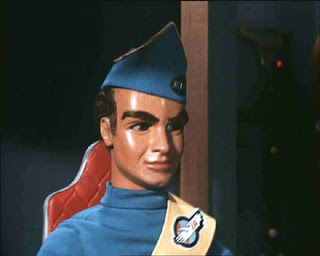 6 - Tom Paris
Star Trek: Voyager's conn artist broke the Warp 10 barrier at the cost of his own health, helped design and build the first Delta Flyer, raced in the Antarian Trans-stellar Rally, failed a Ledosian pilot's course with the best possible excuse and flew Captain Proton's holographic rocket ship, a shuttle called Alice, two Delta Flyers and was at the helm of the USS Voyager all the way home. 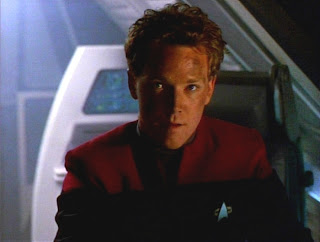 5 - H.M. Murdock
Apparently he excelled himself serving as a helicopter pilot during the Vietnam war, which is probably what sent him Howling Mad. After being accused of a crime he didn't commit, he joined The A-Team. Murdock could fly just about any helicopter or plane The A-Team needed him too and more impressively he even managed to get B.A. Baracus in a plane, fool. 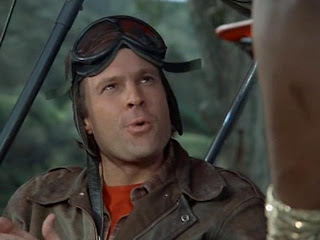 4 - Anakin Skywalker
From The Phantom Menace podracing to the chasing his son's X-Wing in A New Hope, via the weaving dogfights of the animated Clone Wars, the once and future Sith Lord from Star Wars proved he had the skill and the midichlorians to be a phenomenal pilot.

3 - Hoban Washburne
Wash to his friends was clearly a good pilot and would have been welcome in any crew, but it was his sense of humour that helped make Firefly and Serenity a joy to watch. He would prefer to run and hide, but was an asset when forced to stay and fight. Wash could outrun the fastest of Alliance ships with manoeuvres like his Crazy Ivan. He was a leaf on the wind, watch how he soared. 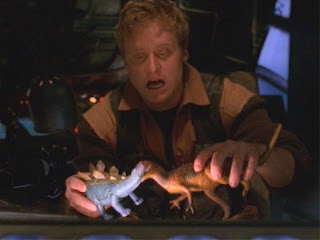 2 - Hikaru Sulu
Star Trek's helmsman aboard two USS Enterprises, but could also turn his hand to flying a Klingon Bird-of-Prey, a Huey helicopter and he also manually docked a shuttlecraft during a combat situation on his first attempt. I pretty much believe that Sulu could fly practically anything. 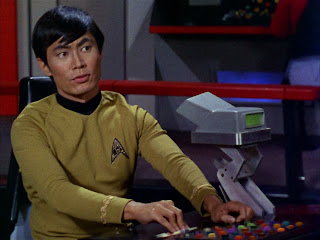 1 - Cat
Red Dwarf's resident Felis Sapien probably seems like an odd choice, but when the boys from the Dwarf lose their mothership it's the Cat that becomes Starbug's pilot of choice. He has what Kryten describes as "superior reflexes and nasal intuition". It's easy to see how superior reflexes would make him a great pilot, but nasal intuition may take a little explaining. The Cat's olfactory awareness is better than Starbug's sensors and he can smell things that threaten the ship even in the vacuum of space. Clearly impossible, but very impressive nonetheless. Ironically for a character described as "mind-meltingly shallow" and largely defined by his fashion sense and sexual urges, piloting seems to be the one thing that he takes seriously even to the point of resenting a rogue baked potato timer in the cockpit. 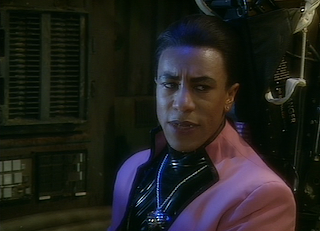 Wash would top my list. Good on you for mentioning Farscape's pilot.

Alex, Wash's wit wouldn't get me on board, but it would probably keep me there. Pilot was a great character and probably the best puppet ever made.

Tony, looks like I'll have to give Andromeda a go.

I totally forgot about Tom Paris. What a scoundrel. And I probably would have put Wash at the top, but Cat's a nice choice.

Great list Dave. Pilot is my favorite and I never thought of Cat as a pilot. It makes me think of my favorite Cat quote: "Are you kidding I can't go in there! Orange with this suit?"

Thanks, you've reminded me of one of my favourites:

Kryten: "I must warn you sir, the teleporter's not calibrated for human tissue. There's a twenty percent chance you'll be turned inside out when you materialise."

Cat: "Let me check my lining. Innards and lavender, I can carry that off."

LOL Cat would worry more about his fashion than his life.