After my top ten lists of spaceships, captain and first officers. I decided every spaceship needs a doctor.

I should clarify that this is not a list of my favourite characters who are also doctors, but a list of the top ten fictional doctors that I would have the most faith in as a patient.

10 - Dr. Simon Tam
The brilliant trauma surgeon in Firefly and Serenity who gave everything up to protect his sister, became a fugitive and traded his medical abilities for protection. He treated gunshot wounds, narrowly avoided being burned as a witch and began to uncover the mystery that was River's brain. 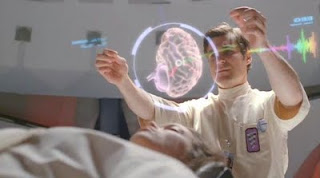 9 - Dr. Beverly Crusher
The Chief Medical Officer of two USS Enterprises and head of Starfleet Medical for a year. She was mother to Wesley, one of Captain Picard's oldest friends and over the course of Star Trek: The Next Generation this doctor wrote and directed plays, commanded the ship, found herself trapped in a warp bubble, got turned into a dog, unwittingly caused the crew to de-evolve and was known for a time as the Dancing Doctor. Sadly, Crusher was the TNG character given the least to do in their four film outings. 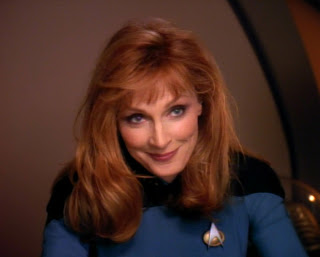 8 - Dr. John Watson
Sherlock Holmes' friend and the chronicler of their adventures was a doctor written by a doctor. Watson tempered the irascibility of Holmes and his medical knowledge was vital in solving several cases. 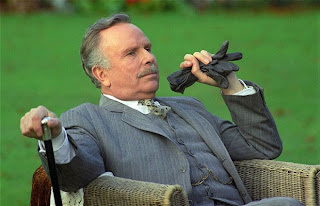 7 - The Doctor
Describing himself as a doctor of many things, initially the Doctor of Doctor Who denied being a doctor of medicine and said that he failed to get a medical degree, but somewhere on his travels he did study medicine and gained a doctorate under Joseph Lister in Glasgow in 1888. Later he had advanced medical knowledge and assisted in complex neurosurgery, used cloning, could diagnose by touching someone's ear, could cure time vortex problems with a kiss and made a cure as infectious as the diseases it cured. I have used a photograph of the Second Doctor, but it could easily have been any of them. Just don't follow the advice of his predecessor on treating a fever from The Ark... 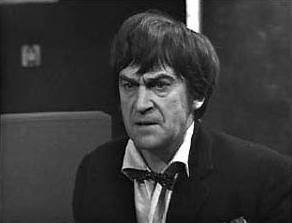 6 - Dr. Phlox
The Interspecies Medical Exchange doctor aboard Star Trek: Enterprise's NX-01 had a dozen degrees, cured the Klingon Augment virus and is apparently the only person to resist Borg assimilation. Phlox used his time aboard Enterprise to study humanity and refreshingly did so with a smile on his face. 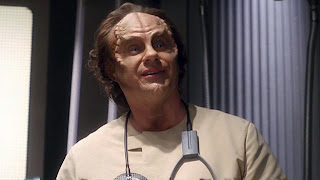 5 - Surgeon Lieutenant Harry Sullivan
Doctor Who's UNIT doctor who initially saw the Fourth Doctor through his post-regenerative trauma, helped defeat Think Tank and the Giant Robot. He travelled in the TARDIS into the future and helped humanity survive a Wirrn attack and a Sontaran experiment, he witnessed the genesis of the Daleks, the Cybermen's attack on Voga and helped prevent invasions of Earth by the Zygons and the Kraals. In the words of the Doctor (the other one) "Harry Sullivan is an imbecile!", but he was probably the most endearing imbecile to ever walk on this or any other planet. 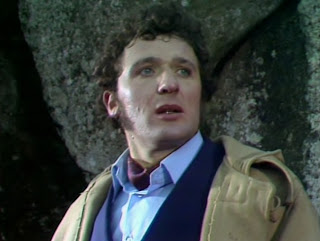 4 - Dr. Mark Greene
The lynchpin of ER and easily the best doctor on this list without the benefit of space medicine or time travel. Greene had excellent bedside manner. He was intuitive and caught many conditions his fellow doctors missed and often remained at the hospital long after his shift was over to deliver news, good or bad. Being a doctor was shown as effortless for practically all the others listed here, but Greene suffered for his patients and ultimately paid with his own health. His loss was felt for the remainder of the show. 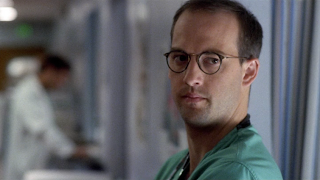 3 - Dr. Leonard McCoy
Doctor McCoy was Chief Medical Officer on two starships Enterprise in two Star Trek series and across six movies. In a long and distinguished career he earned the nickname 'Bones', euthanised his own father, reattached Spock's brain, contracts xenopolycythemia, is cured of xenopolycythemia, eradicated a plague on Dramia II, retired, was drafted, stored Spock's katra in his head, was framed for assassination and helped launch the Enterpise-D. 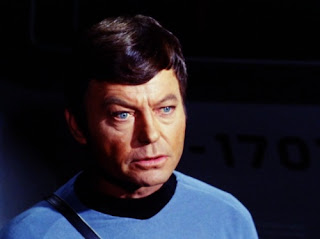 2 - The Doctor
Activated following his ship's violent relocation to a far flung corner of space and the death of its medical staff, Star Trek: Voyager's Emergency Medical Hologram was forced to grow beyond the limits of his programming as he became the de facto Chief Medical Officer. His knowledge of medicine is encyclopaedic, his interests varied and his bedside manner is abrasive. Initially confined to sickbay he later enjoyed extensive freedoms with the use of his autonomous holographic emitter. 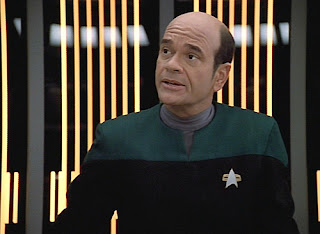 1 - Dr. Julian Bashir
The genetically-engineered doctor of Star Trek: Deep Space Nine mistook a preganglionic fibre for a postganglionic nerve on purpose and graduated second in his class, helped destroy the Harvester biological weapons, survived a telepathic attack from a Lethean, nearly freed the Jem'Hadar of their addiction to Ketracel-White, developed the vaccine for the Teplan Blight, he was kidnapped and replaced by a Changeling infiltrator, he was almost the template for the Long-Term Emergency Hologram (see above), tended wounds and fought in the wars with the Klingons and the Dominion, played as a spy in the holosuites before being recruited against his will to spy for Section 31 for real and was the youngest ever nominee for the prestigious Carrington Award. Bashir had the perfect blend of brains, skill and bedside manner. 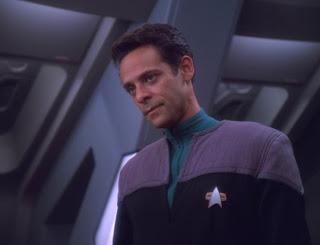 I <3 THE Doctor... and Doctor McCoy... and I'm excited that you included Simon in there, too. Let's hear it for Firefly!

Tony, no House. I think Hugh Laurie is fantastic, but I never really got into that show.

Excellent choices. And almost all of them are science fiction doctors.

Thanks Alex. I think I'd feel safer in the hands of an SF Doctor. It's like McCoy says in Star Trek IV: "What is this the dark ages? You take this, and if you have any problems, just call me."

Dave, this is an awesome list. We had a poll of space doctors last year and McCoy came out on top. I say Tam myself.
- Maurice Mitchell
The Geek Twins | Film Sketchr
@thegeektwins | @mauricem1972

Thanks Maurice, I'll have to take a look at your poll.

Great list of fictional doctors here Dave. For me its a toss up between Dr McCoy and Beverly. BTW I've given you a Versatile Blogger Award.

Ah, Julian. Or as my friends and I used to sigh, "Juuuuuliaaaaan."

Spacerguy, thank you and thank you.

MPL, if that's what you look for in a doctor...

i love Doctor Julian Bashir he is the best

I can see from your photo that you absolutely do.

Damn, I love the EMH and Doctor Bashir, I would trust either of them with my life, and I would trust Phlox with any medical research anyone in my family needed.