"Does This Seem Fake?"

Noiseless chatterer / writer / friend (titles in ascending order of importance) Phil Reed is currently celebrating Wes Anderson Month in the run up to the US release of Moonrise Kingdom. This makes him possibly the only person on the planet not talking about The Avengers.

We were discussing Anderson's films and I asked whether the hallmarks that turn a Wes Anderson film into 'a Wes Anderson film' could prevent it from being a great film in its own right. It was a rhetorical question. This is how we roll.

The question angered Phil and then inspired him to write an article: Art From Artifice. It's very good. 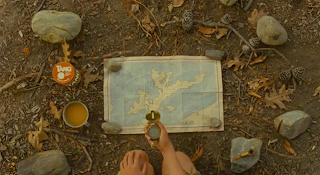 Posted by Dave at 10:00
Email ThisBlogThis!Share to TwitterShare to FacebookShare to Pinterest
Tags: Phil Reed

I haven'y seen The Avengers, but have heard it is good.

WHELP YOU DEFINITELY USED A BETTER TITLE THAN I DID.

LOL The only person not talking about the Avengers. It is a major topic. He makes some really good points. “Unnatural dialogue.” “Unrealistic characters.” “Coldness.” These are all reasons I found his movies very dull and boring, but probably the reason they work so well for others. Great job inspiring this post Dave. Now ask George Lucas if he thinks Star Wars Episode I is better than Episode IV.

Yvonne, I think you've proved my point perfectly. Thank you.

Maurice, maybe Phil can win you over...