The Miracles Of Marta Manole

In 2004, the final production in my third year at university was The Miracles Of Marta Manole, directed by Tony Gardner. It was a reinterpretation of a script written by Gardner and performed by the Camden People's Theatre. 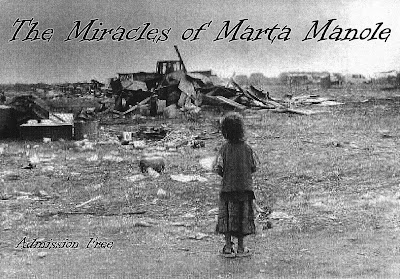 The play concerns four generations of a Romany gypsy community. Marta Manole is a mystical and magical figure, possibly a witch. She is wronged by Mitke, a drunk and hapless rent collector. 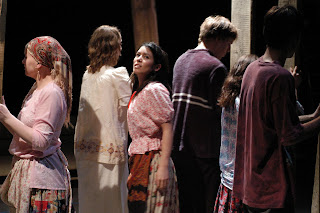 Mitke is married to Hatzidah and they have two sons, Tzagoi and Hogea. Somehow Mitke convinces Marta to have sex with him and they too conceive a child, Irina. Mitke shuns his daughter and Marta curses him so that every woman he touches will fall pregnant. She refers to these as her miracles.

Over the years, Mitke's curse affects other women including tavern owner Asra Bargoi, Hatzidah dies and haunts her home, while Tzagoi, Hogea and Irina grow up together entirely unaware that they are related. Both brothers have feelings for Irina, but she only has eyes for Hogea. 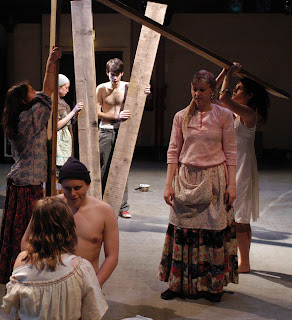 As adults all three of them go swimming and Tzagoi attempts to force himself on Irina and in the struggle Irina drowns. Marta discovers her daughter's body and also that the curse she placed on Mitke affects both his sons as well and within Irina's corpse is her granddaughter. Marta looks into the baby's eyes and sees her killer and carries her daughter's body through the streets to Mitke's house.

Irina's ghost introduces Hogea to Nula, her baby. Mitke has a stroke and the nuns from a local convent tend to him, but his curse strikes again as the nuns all receives little miracles of their own and Mitke is asked to leave. So as Hogea cares for Nula, Tzagoi reluctantly looks after his father. 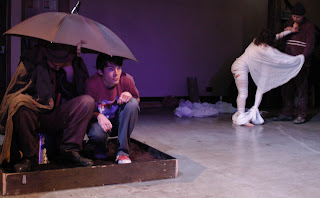 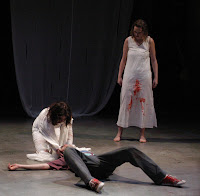 Nula attempts to form a relationship with Tzagoi in her own clumsy way saying they have the "same eyes". Tzagoi resists and seeks out his brother. 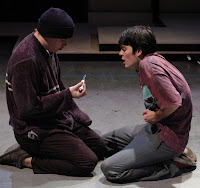 Hogea pulls a knife on his brother. Tzagoi appeals to his brother and moves to hug him, but is accidentally stabbed in the process. Unable to live with this Hogea then stabs himself, embraces his brother and they die together. Nula guards their bodies. Marta and Mitke never speak again. 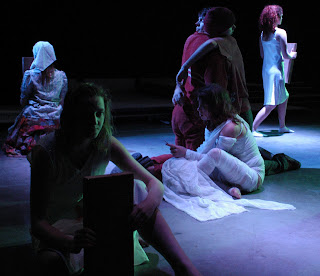 It was a fantastic experience to work on something in such an all-consuming way. It felt at the time as though this was the way working like a professional would feel. I now realise that we had the luxury of time that isn't usually present on a professional show.

Tony Gardner worked very collaboratively and trusted most of the cast to get on with the job at hand. It was great to be part of a cast that were pulling in the right direction. Nikki Bozdogan, Leo Cox, Charlote Gunton, Claire Ludgate and Anna Masing were all brilliant and really rose to the various challenges that the script (and sometimes the lack of script) presented.

I played Tzagoi, Mitke's eldest son. It was a great part. Firstly, because Tzagoi, Hogea and Irina are all introduced as children and grow to adulthood, which was a joy to do. Leo, Claire and I genuinely had an absolute ball playing children playing. Secondly, in a play with more by way of antagonists than protagonists, Tzagoi was driven by his own frustrations and so anything he did that was malicious had a psychological motivation.

The scenes of the children at play were very popular with the audience, as was a moment of the two brothers urinating off the balcony. Claire in particular was very, very funny and she and I played to the audience and rode the laughs a bit more than we probably should have. 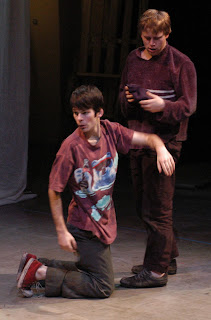 The adolescent rivalry between Tzagoi and Hogea was great fun as well. Leo and I worked very hard to keep it fresh and did some things differently each performance. 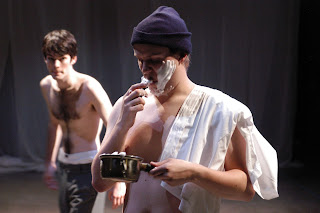 Tzagoi's only real relationship is with his brother and when that is taken away from him he feels bereft and it is this that in the later scenes means there is no way back for him.

Instead of a set we used planks of wood to represent all manner of different locations and objects. 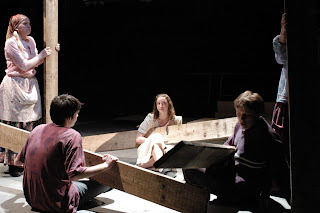 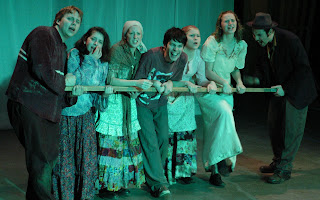 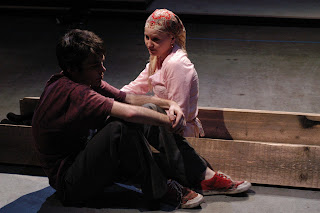 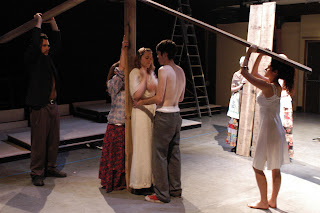 The planks were genius and I was very fond of them, but they also lead in part to my getting injured during rehearsal. At one point in the show I was holding on to an upright plank while the rest of the cast held my feet and I would let go and they would catch me. On one occasion they didn't. It was a lesson learned for all of us. I had to go to A & E and get stitches in my chin. 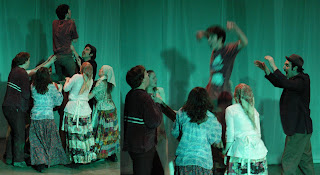 During the scene of the swimming in the lake I was injured...again. We would wet our hair and walk out into the material that represented the lake. The underwater 'ballet' aspect of this had never seemed dangerous during rehearsal, but I slipped on some water on stage and gashed my chin in almost exactly the same place for a second time. Whether it was water dripping off me or whether it had previously been urinated off the balcony I don't know, but I got back finished 'swimming' and exited entirely unaware that I was bleeding profusely until Nikki told me and I washed the worst of it off. I went back onstage to rape Irina and we finished Act One. I was determined to go back on and do Act Two, the show must go on, etc, but that decision wasn't mine and I was sent to A & E for for the second time that month.

I felt very guilty that we hadn't completed that performance. I felt that I'd let everybody down, the cast, the backstage crew, the director, the audience and those lucky enough to accompany me to the hospital. We reworked various scenes for the remainder of the run in order to prevent me from bursting my stitches. One cast member clearly didn't think I felt guilty enough and made his contempt for me abundantly clear the next day and used every opportunity to hit me about the chin during our scenes together. It was agony.

The Camden People's Theatre version was never intended to be our final script, it was clear that we would require new material to expand the cast from five to nine. I relished the opportunity of writing some new bits. I'll post the scripts for the scenes I wrote over the next few days.
Posted by Dave at 10:00
Email ThisBlogThis!Share to TwitterShare to FacebookShare to Pinterest
Tags: Acting, The Miracles Of Marta Manole, Writing

Sounds like a great experience. Gashed your chin twice? What are the odds?

To gash one's chin once may be regarded as a misfortune, to gash it twice looks like carelessness.