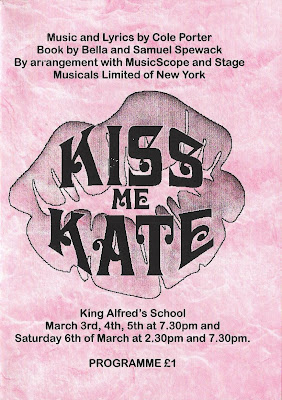 The school musicals were usually an annual event, but the year after My Fair Lady there was no production. At the time I was disappointed but looking back this was a blessing in disguise because it meant I wasn't distracted when I took my GCSEs.

I was initially frustrated when I was cast as Second Gangster. It seemed like a step down from a part with a name, however small. A small part, not a small name. It took me a while to realise it, but the part of Second Gangster is the best part in the show.

Lots of comedy lurking, some good gags and then a duet of the best song in the history of musical theatre*. 'Brush Up Your Shakespeare' is an quite simply an exercise in upstaging. The show doesn't quite recover from it.

As you might imagine the Second Gangster is always accompanied by a First. One night, Daniel, who played the First Gangster, inexplicably said my line instead of his own. He looked at me wide-eyed in terror. I said his line and vice versa. We worked our way through the entire scene with our positions swapped. 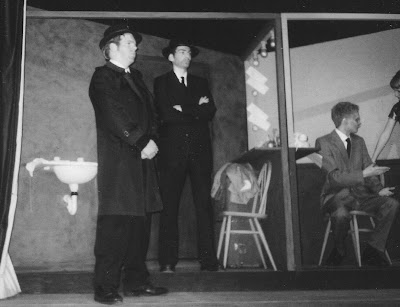 * I don't know enough about the history of musical theatre to be certain of this.
Posted by Dave at 10:00
Email ThisBlogThis!Share to TwitterShare to FacebookShare to Pinterest
Tags: Acting