This is something of an experiment: I plan to write about an episode of Joss Whedon's science fiction/western series Firefly every week for the next approximately fourteen weeks and if wildly successful, possibly beyond. I'm calling it Big Damn Heroics

Firefly concerned the spaceship Serenity, its crew and passengers and the adventures that blurred line between the two. The TV show premiered in 2002, was sorely mistreated by its network and cancelled all too soon after. 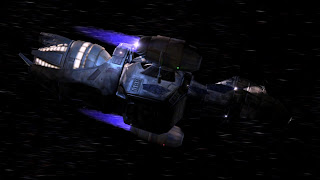 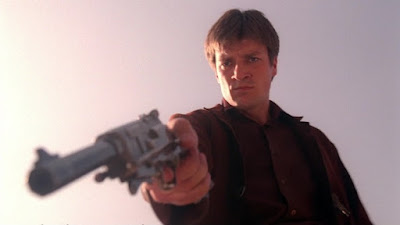 If these first fourteen find an audience then we can talk about the movie, the webisodes, the comics, the short stories and the novels in subsequent articles.
So please join me every Saturday for some Firefly.
Posted by Dave at 10:00
Email ThisBlogThis!Share to TwitterShare to FacebookShare to Pinterest
Tags: Big Damn Heroics, Firefly, Serenity, Spatial Anomaly, Writing