Marvel is celebrating it's eightieth birthday this week. The date on the cover of Marvel Comics #1 is October 1939, so presumably it's for business reasons that the celebrations have shifted.

During the Golden Age of comics, Marvel gave us great characters that are still with us, Captain America and Namor to name but two, along the way, however, there were casualties. I wrote this in honour of those characters that were there at the beginning that didn't necessarily stand the test of time. 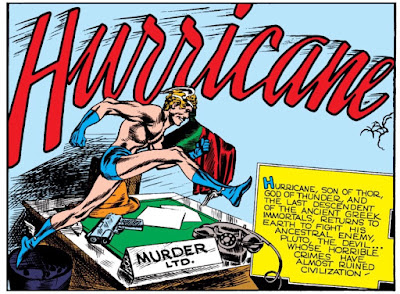 Posted by Dave at 10:00
Email ThisBlogThis!Share to TwitterShare to FacebookShare to Pinterest
Tags: Marvel, Writing