I've been getting a bit behind with these, so I'm going to try and get back on track over the course of the next month. If only for myself.

November 2008 was clearly a bit of a slow month. I delved into an analysis of the demographics that that were watching the Carruthers videos, which probably only interested me. 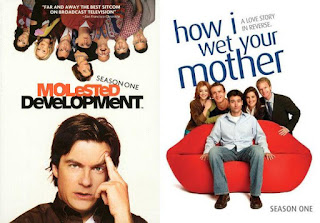 I like the wording of this post designed to tie into our Trainspotting sketch. Mostly stolen from a stand up routine I did and a great example of a joke you can do in your mid-twenties that you can't do when approaching forty.

Probably the most potentially tasteless post was this Bobby Davro survival announcement. It's aged surprisingly well and at the time of posting is still true.
Posted by Dave at 10:00
Email ThisBlogThis!Share to TwitterShare to FacebookShare to Pinterest
Tags: Carruthers, Writing