All too soon, here I am writing another tribute to another actor and friend. Nicholas Courtney died on the 22nd of February 2011.

Nick was best known for his role as Brigadier Sir Alistair Gordon Lethbridge-Stewart in Doctor Who on television, radio and webcast, and later in The Sarah Jane Adventures. He played the role for over forty years and opposite seven Doctors. 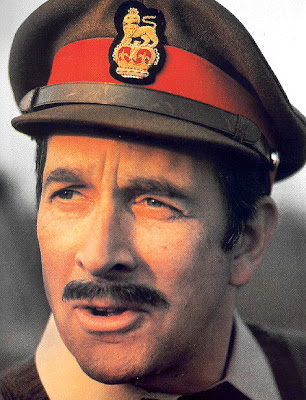 It was an irony to him that having served during World War II as a Private, he seemed destined to 'outrank himself' playing a variety officers and gentlemen. His career included appearances in The Saint, The Champions, The Avengers, Randall and Hopkirk (Deceased), The Two Ronnies, Yes, Prime Minister and All Creature's Great And Small.

His voice was also perfect for audio and combined with his cult status, he worked on a variety of things for Big Finish Productions (allowing him to chalk up an eighth Doctor) and The Scarifyers which he apparently inspired.

Nick took a keen interest in the profession and was elected to the Equity council time and time again.

Nick and I would often compare notes on the industry. Despite the differences in our careers, Nick was never grand and would listen to my latest tale of rehearsing a play, not getting paid or a spate of unemployment. He always had a story to illustrate how little things had changed since he had been in a similar position. He was full of stories of working in rep, actors he knew in the past and the places he had been.

I regret never having had the opportunity to work with him. I will miss him very much. I owe him a drink. 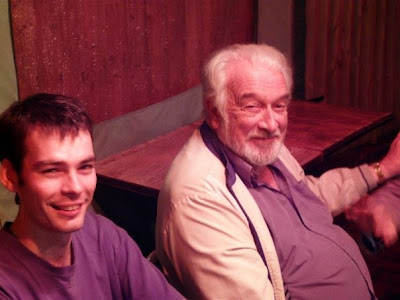 Nick was clearly held very dearly and this joins a very long list of tributes. Among them are obituaries on the BBC, in The Guardian by Toby Hadoke, in The Independent by Michael McManus, an interview he gave to SFX, Tom Baker's thoughts and Doctor Who's current executive producer Steven Moffat said of Nick's death "Somewhere out there, the Doctor just got a little lonelier". Tim Hirst is collecting for Marie Curie Cancer Cure in memory of Nick. Nick's own website is to become a place for personal condolences.

He was a splendid chap.
Posted by Dave at 10:00
Email ThisBlogThis!Share to TwitterShare to FacebookShare to Pinterest
Tags: Doctor Who