It's Valentine's Day, but it's also Microfiction Monday: 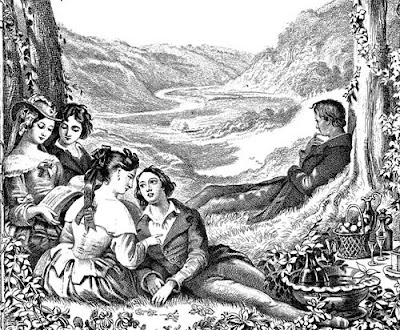 The ladies both dismissed him. "Not if you were the last man on Earth" said one.

He smiled. Pretty soon he would be… 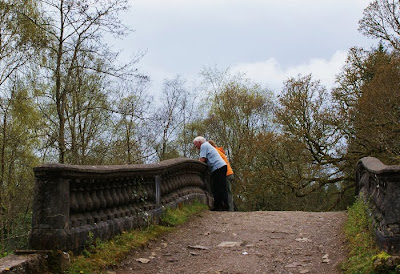 The troll could hear them talking. It was mostly inane chit chat. Although it was very dull stuff, he wanted to join in.

He missed dull.
Posted by Dave at 00:01
Email ThisBlogThis!Share to TwitterShare to FacebookShare to Pinterest
Tags: Microfiction, Writing

Hm... A Justin Bieber haircut might get him some action. LOL! Great take!

Loved them both, Dave. The first one was especially evil...
Have a great week. Cheers~

First one--Well-written, scary, foreboding. But I'm thinkin'--doesn't he realize that it would be lonely to be the only person on earth? Nah--he's irrational.

Wondering what catastrophic event is soon to happen...

Nothing like a chat atop a quaint bridge to make you want to eavesdrop. :>

Hope you have a fantastic week, Dave!

Lovely to start the week with some sinister thoughts! Thanks, Dave! Very well done!

He's gonna kill them all?!!

First pic,
Sulking is never a good thing.
Second pic,
Yes, all tend to want to be part of what is going on, no matter how mundane we feel it may be.
Good take on both!

Wow! Your MM is very promising - in a sinister sort of way!

Good one.
But...
Portending such evil thoughts on a Valentine's Day!? Haha! Mine's all sentimental and mushy!

Oh Oh... someone will surely get in trouble. nice one.

That'll teach those arrogant ladies:-)
I feel sorry for the troll - what a sad life he must lead.

Great microfiction. He obviously has some diabolical plans brewing.

Poor troll. So misunderstood! Very creative take on that pic.

Thanks for reading and opining.