No, not a campaign to protect Tintagel itself from overzealous property developers, but instead a team made up of those who wish to prevent the death of Tintagel in a play called The Death Of Tintagel. It's safe to assume that Tintagel himself is in favour of his own survival, but he is unfortunately blissfully unaware of his plight. His sole champion, is his sister Ygraine. 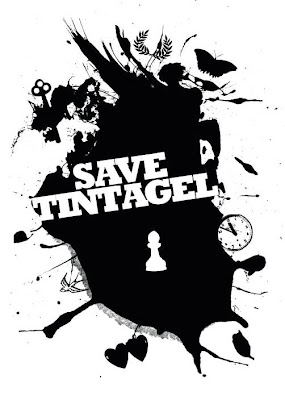 I don't fancy their chances...
Posted by Dave at 10:00
Email ThisBlogThis!Share to TwitterShare to FacebookShare to Pinterest
Tags: Acting, The Death Of Tintagel