We are running the marathon for charity, namely The Actors Charitable Trust or TACT.

TACT provides help for the children of actors under the age of 21 with grants, advice and support. The smaller TACT Education Fund awards grants to student children of actors. TACT helps 190 children from around the UK at present. The children either have special educational needs or have a parent who is seriously ill or they are orphaned.

Just as there are benevolent funds for firefighters, nurses and the armed forces, so TACT was set up for actors. TACT was originally founded in 1896 as the less acronymically pleasing The Actors’ Orphanage Fund by Kitty Carson. The first orphanage was at Morland Road, East Croydon, followed by Langley Hall and then Silverlands in Chertsey, with a hostel for older teenagers in Rutland Gate, London. Since mid-1958 TACT has helped children in their own homes.

Since 1965 TACT has also run Denville Hall, the retirement and nursing home for elderly actors and actresses, including those with dementia. Bought in 1925 by Alfred Denville, impresario, actor-manager and MP. He dedicated the Hall to the acting profession, in memory of his son Jack, who had died at the age of 26 after an injury on stage reactived earlier damage sustained in the World War I. The hall was renamed Denville Hall, and opened fully in 1926. Recently The 1960's wing was demolished and a new wing built with a ground floor designed for those with dementia. 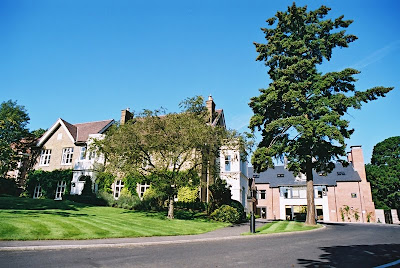 TACT receives no Government funding or statutory support. They have built up an income fund over the decades, and use this towards their work. The donations and legacies from supporters are vital in allowing them to help every actor who approaches them with genuine needs.

Core costs are kept to a minimum. TACT only has two staff and its committee is made up of entirely volunteers. They have no marketing or fundraising staff and they don’t pay any consultants. TACT is registered charity number 206809. The 206,809th registered charity there is.

Hese are some examples of families that TACT help:

A lone parent of two pre-school children battled cancer without support from their father. TACT paid for emergency childcare whenever she was in hospital and helped prevent her eviction from their home. TACT ensured she received the correct state benefits. Against medical prediction the mother has not only survived, but is now able gradually to move to full-time work as her children start school. TACT continues to help with music lessons for the children, until their mother can cope with the cost herself.

A teenager with complex haemophilia has regular bleeds in his joints, not just causing great pain, but leaving him dependent on a wheelchair. TACT’s support has enabled him to keep up with schoolwork and has enabled the extra mobility help needed during the holidays.

A young boy with autism has such challenging behaviour that it has affected his younger sister. His father is profoundly ill. TACT has advised constantly about education, and has supported the daughter with nursery provision and activities to boost her self-confidence.

A teenager who uses a wheelchair has had a monthly allowance from TACT which he uses to organise his own taxis and helpers to maintain his independence without having to have his mother with him all the time.

A father with young children needed childcare when his wife was dying and during the desperate months afterwards. While TACT ensured the state paid as much as possible, we were able to top up the amount so that the children had one person caring for them consistently. We continue to support childcare when it is needed, but the family has stayed together and dad is now working part-time. We have paid for some successful specialist counselling and medical help for one child, when NHS provision was not forthcoming.


You can help TACT carry on their work by sponsoring us.

Total mileage to date = 81 miles
Total sponsorship to date = £894.50
Posted by Dave at 10:00
Email ThisBlogThis!Share to TwitterShare to FacebookShare to Pinterest
Tags: Running