Along with a monologue from Forty Years On I was auditioning for drama schools with the wooing speech from Richard III. I was getting away with it but I wanted to get some better experience of Shakespeare. All we did at school was interminably read his plays aloud until they were fairly meaningless. 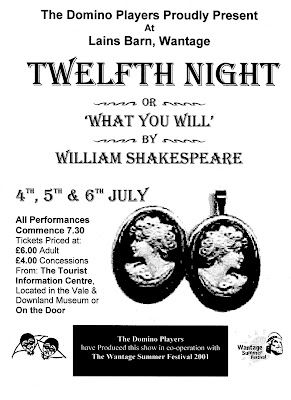 I can't remember how I got involved with The Domino Players version of Twelfth Night, but I was cast as Sebastian opposite Amy Standish as Viola. I doubt it was because we looked particularly alike. The Edwardian-themed staging saw us in identical blazers and straw boaters. We were also taken to the same hairdressers to emerge with the same haircut. I remember very well the anti-climactic response to our twin barnets at the next rehearsal as if everyone had imagined that they would suddenly struggle to tell us apart.

It's the only show I've ever been involved with in which the cast were still given notes after the last performance.

Here we are getting identical haircuts. 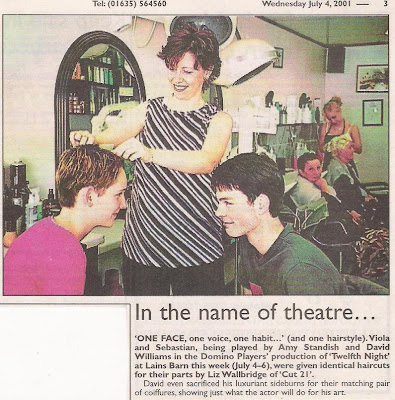 The illusion is complete. Here we are in a photograph from a local paper, with Amy and I in equally strobing costumes, either side of Imogen Black as Olivia. Can you tell who's who? 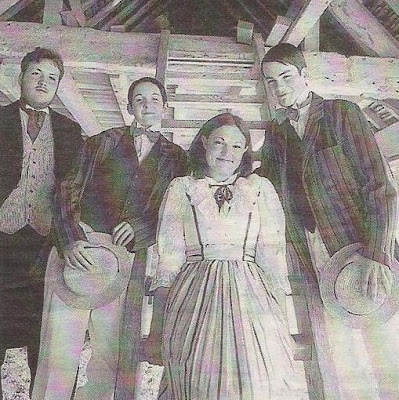