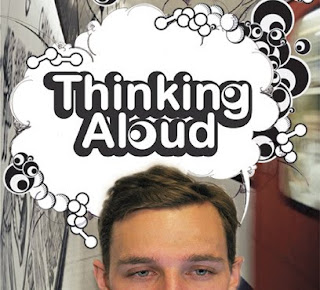 Train Of Thought goes stationary. The audience could hear the thoughts of the characters on radios as they watched the action unfold.

I wrote for two of the characters in Thinking Aloud, the Train Of Thought-style site-specific show performed at the Institute Of Contemporary Arts twice on the 5th of April 2008, the artist performed by Jonathan Christie and the glass collector played by Ben Thompson.

Sadly, no recording exists. That's not the sort of thing you hear much in this day and age and seems more appropriate when related to The Power Of The Daleks, Episode Three. After the hard drive that it was stored on was lost in a burglary, all that was left was the script. 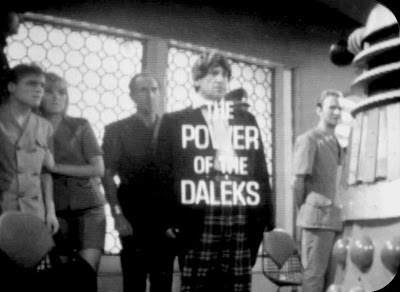 I'll try and find it, so I can post it here.
Posted by Dave at 10:00
Email ThisBlogThis!Share to TwitterShare to FacebookShare to Pinterest
Tags: Train Of Thought, Writing