"Laugh This Off, Twinkletoes!"

Another addition to Dredd Alert is Invasion!. The strip concerned an invasion of Britain by the Volgans in the then futuristic year of 1999 and the exploits of resistance fighter, lorry driver and East End geezer, Bill Savage, to get rid of them.

Invasion! is a heady mix of Volgan cruelty, impressive violence, situations that conveniently involve lorry driving and cockney turns of phrase like this: 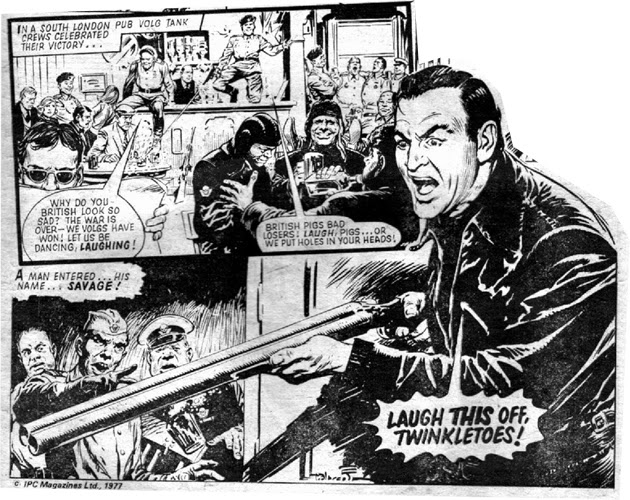 It's obvious that the Volgans are the Russians by any other name, the 1977 predictions of what 1999 would be like are fascinating (the Channel Tunnel for one) and the ready availability of lorries. Invasion! is featured on Dredd Alert here.
Posted by Dave at 10:00
Email ThisBlogThis!Share to TwitterShare to FacebookShare to Pinterest
Tags: 2000 AD, Writing