Day Of The Robot

Another strip that Dredd Alert covered in my absence from this blog was Ro-Busters, the robotic international rescue organisation. Think Thunderbirds with robots and done on the cheap. 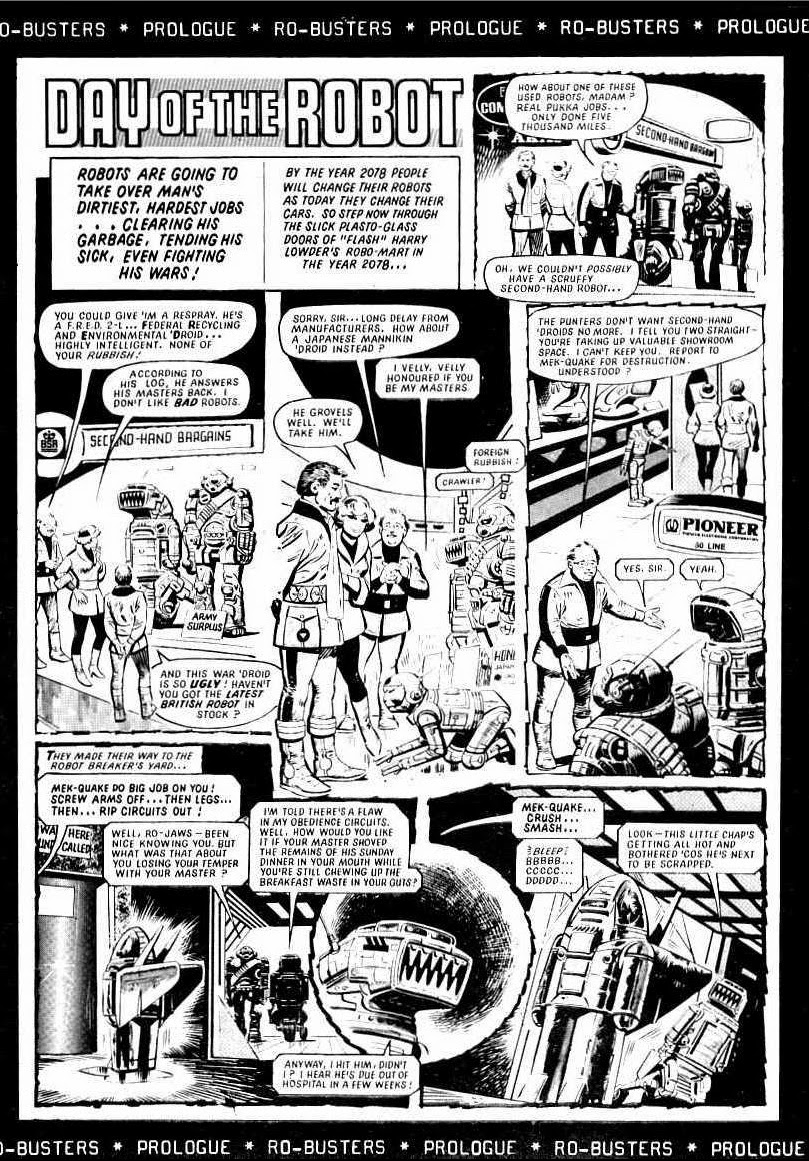 The core of the strip was the relationship between Ro-Jaws, a sanitation droid with a hatred of authority and Hammer-Stein, a war robot that respected it. Supporting characters included Mek-Quake, a hard of thinking demolition robot and their boss, the penny-pinching Howard Quartz whose body was 90% robotic, but the other 10% entitled him to be classed as human and view himself as superior to the robots around him.

Pretty awesome, thanks for the tip