"I Think You'll Find That The Right Is My Best Side"

So says the Third Doctor while posing for a mugshot in Invasion Of The Dinosaurs. Here's another group of annotations for the Bad Teeth Doctor Who: Draw My Life video that I wrote. 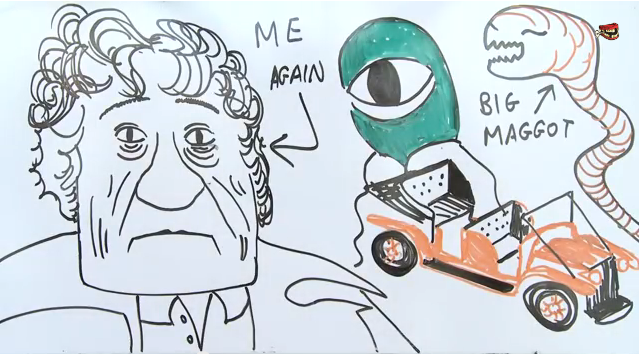 Jon Pertwee's Third Doctor is drawn alongside his car Bessie which may or may not be an Edwardian Roadster, a Giant Maggot from The Green Death and Alpha Centauri from The Curse Of Peladon and The Monster Of Peladon. 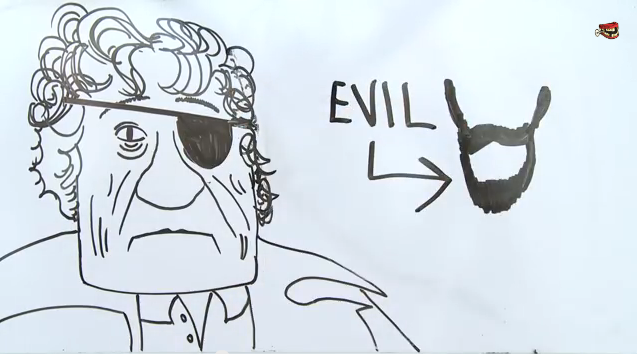 Here we see him wearing the Brigade-Leader's eyepatch from Inferno with a disembodied Master's Beard in the background.
Posted by Dave at 10:00
Email ThisBlogThis!Share to TwitterShare to FacebookShare to Pinterest
Tags: Doctor Who, Writing