I Met The Sheriff

I also met his deputy, but she prefers Under-Sheriff.

Following our involvement in the incident now known almost exclusively as 'the incident', Sarah and I were invited by the High Sheriff of Greater London to receive an award under section 28 of the Criminal Law Act 1826 for "great courage or...meritorious service leading to the apprehension and conviction of a criminal" at the Supreme Court, opposite the Houses of Parliament. Not a sentence I ever expected to write.

Here's an example of the architecture on offer to slightly bemused potential award recipients. 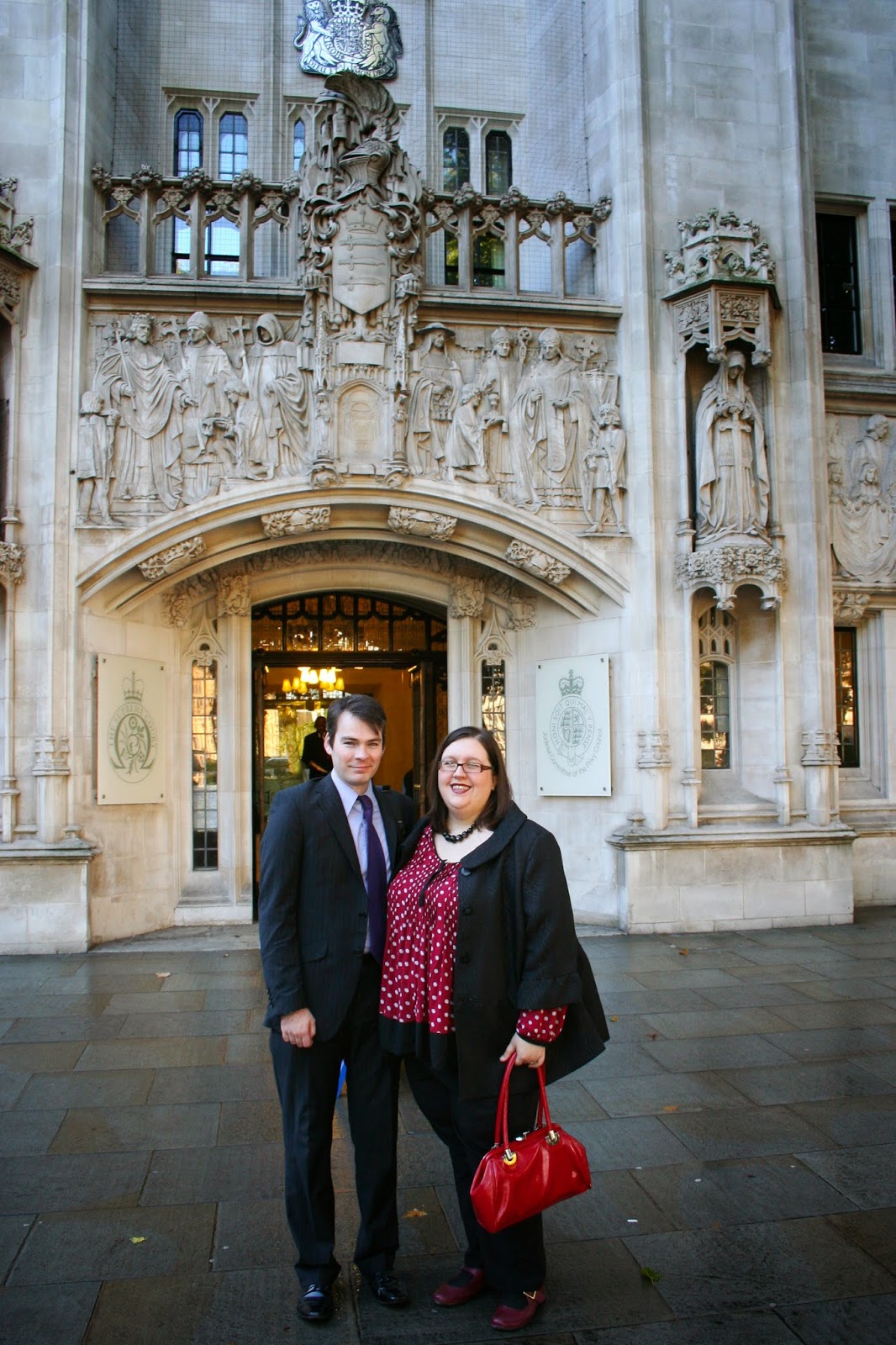 Here is Sarah receiving her award from David Jones, the High Sheriff: 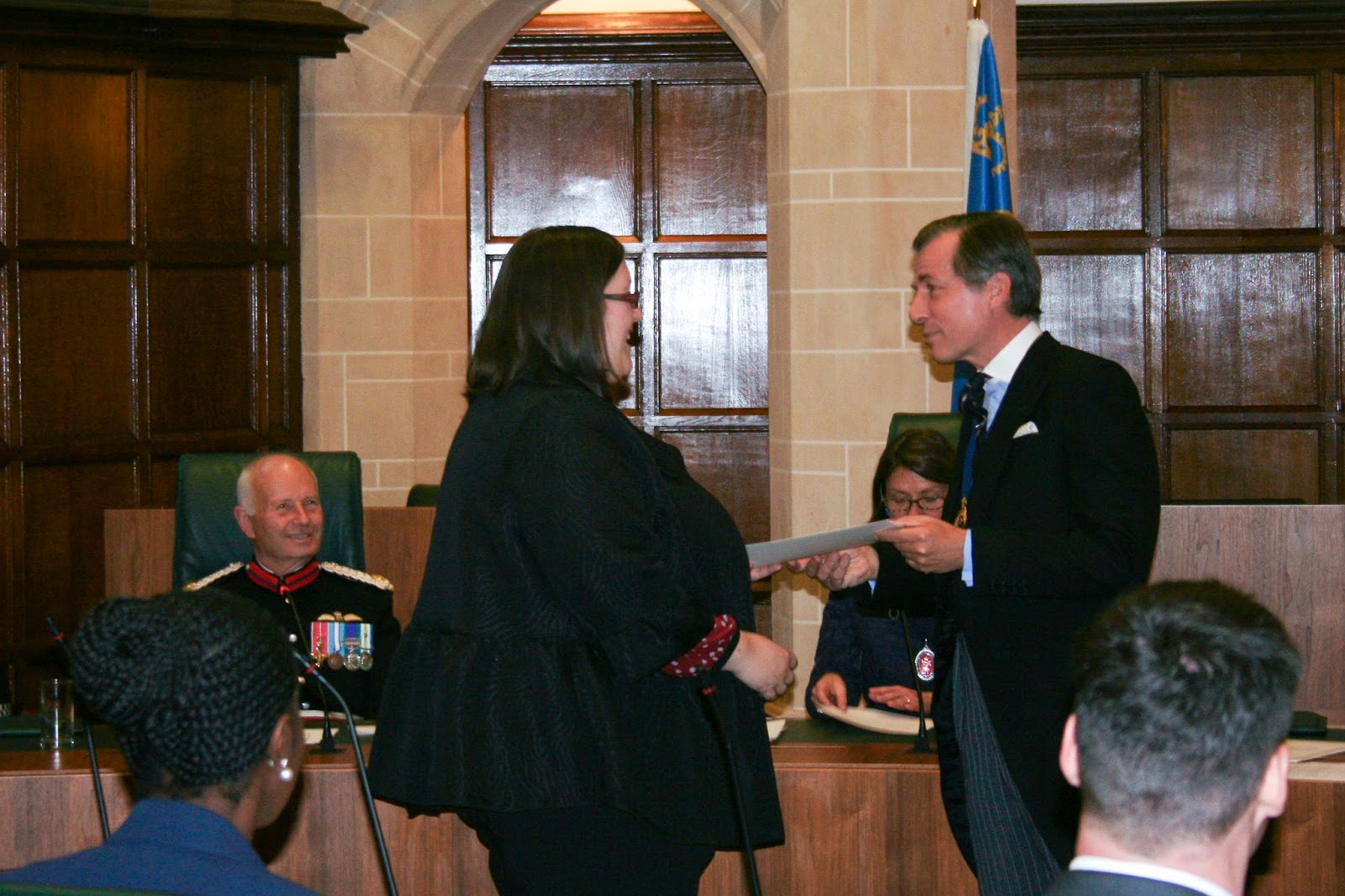 I can't remember what I said, but how many chances do you get to make a High Sheriff and an Under Sheriff laugh? 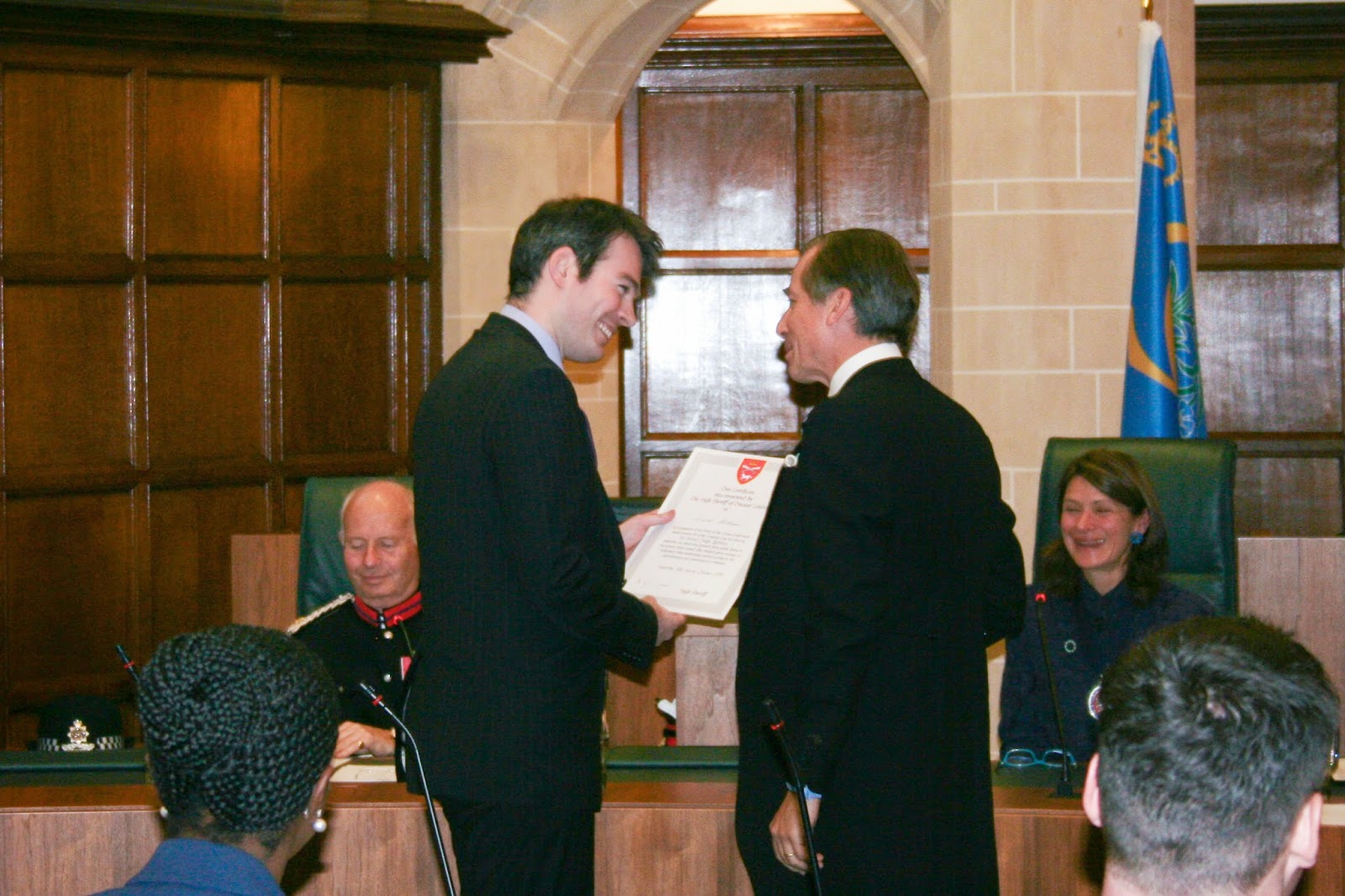 Here we are with Judge Robbins who nominated us for the award. Apparently they call him The Hanging Judge, but he was very nice to us: 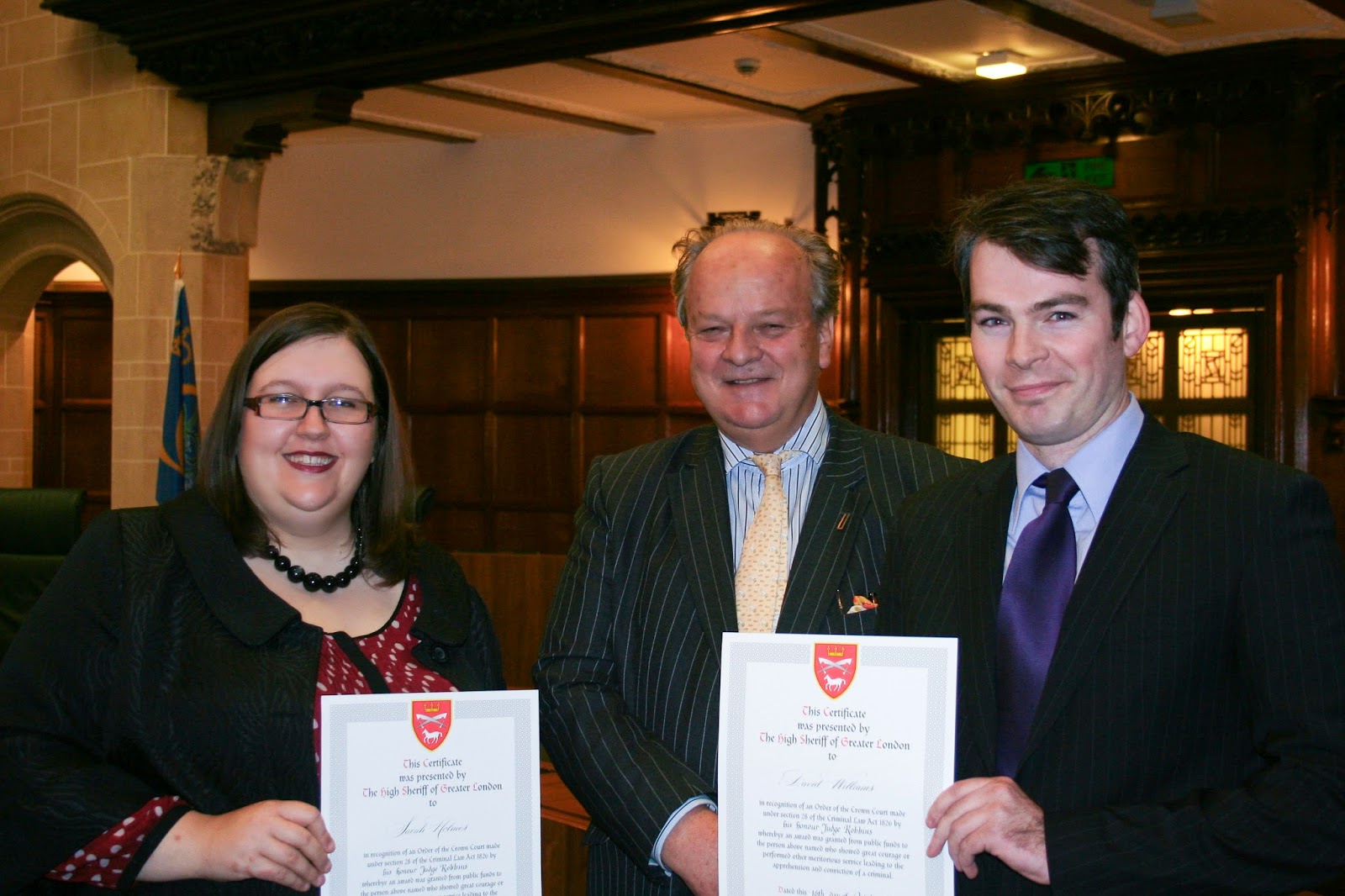 And listening intently to him during the post-ceremony wine and twiglets soiret: 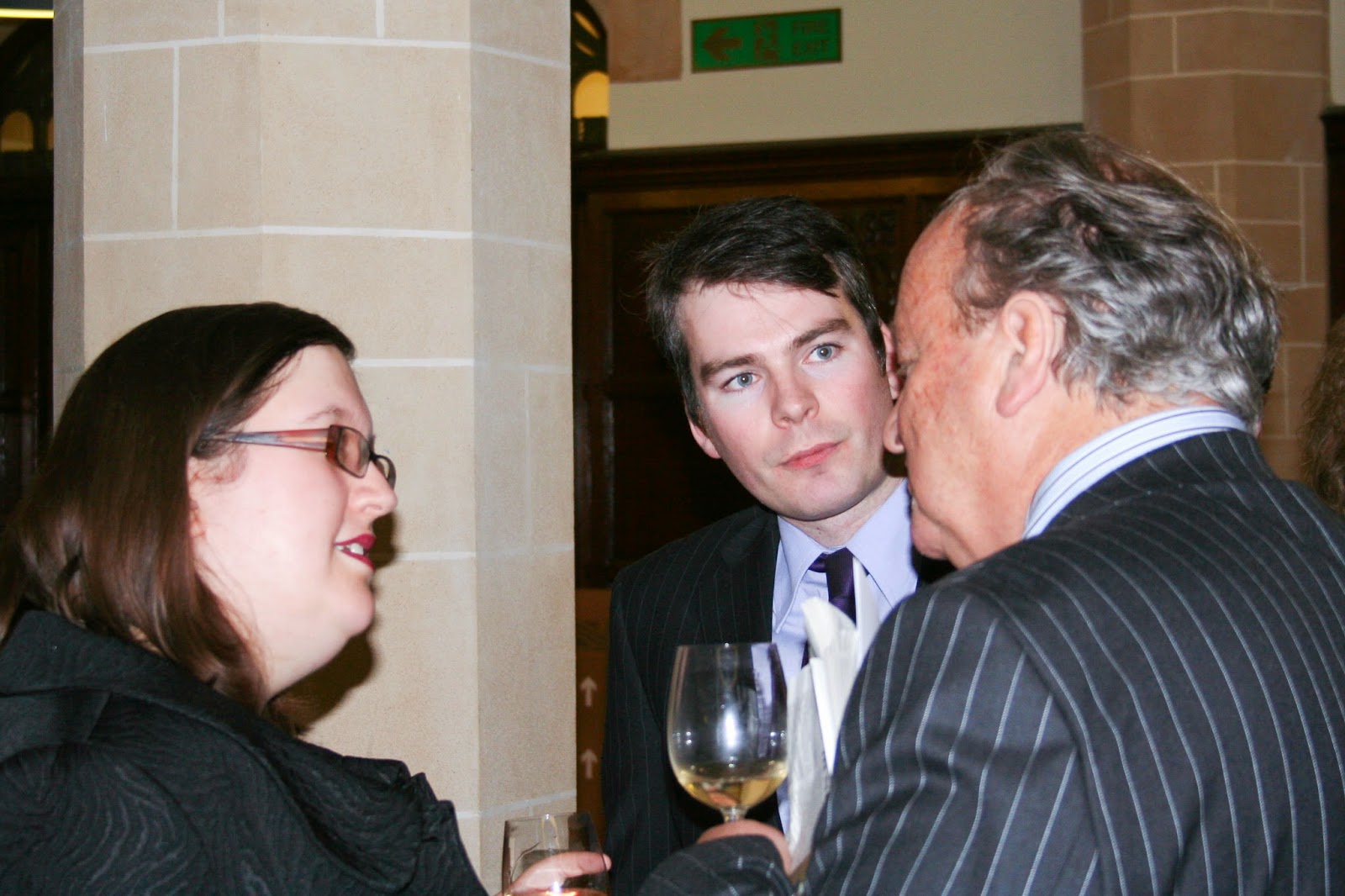 A group shot of a High Sheriff surrounded by the two of us and our parents. He coped very well. 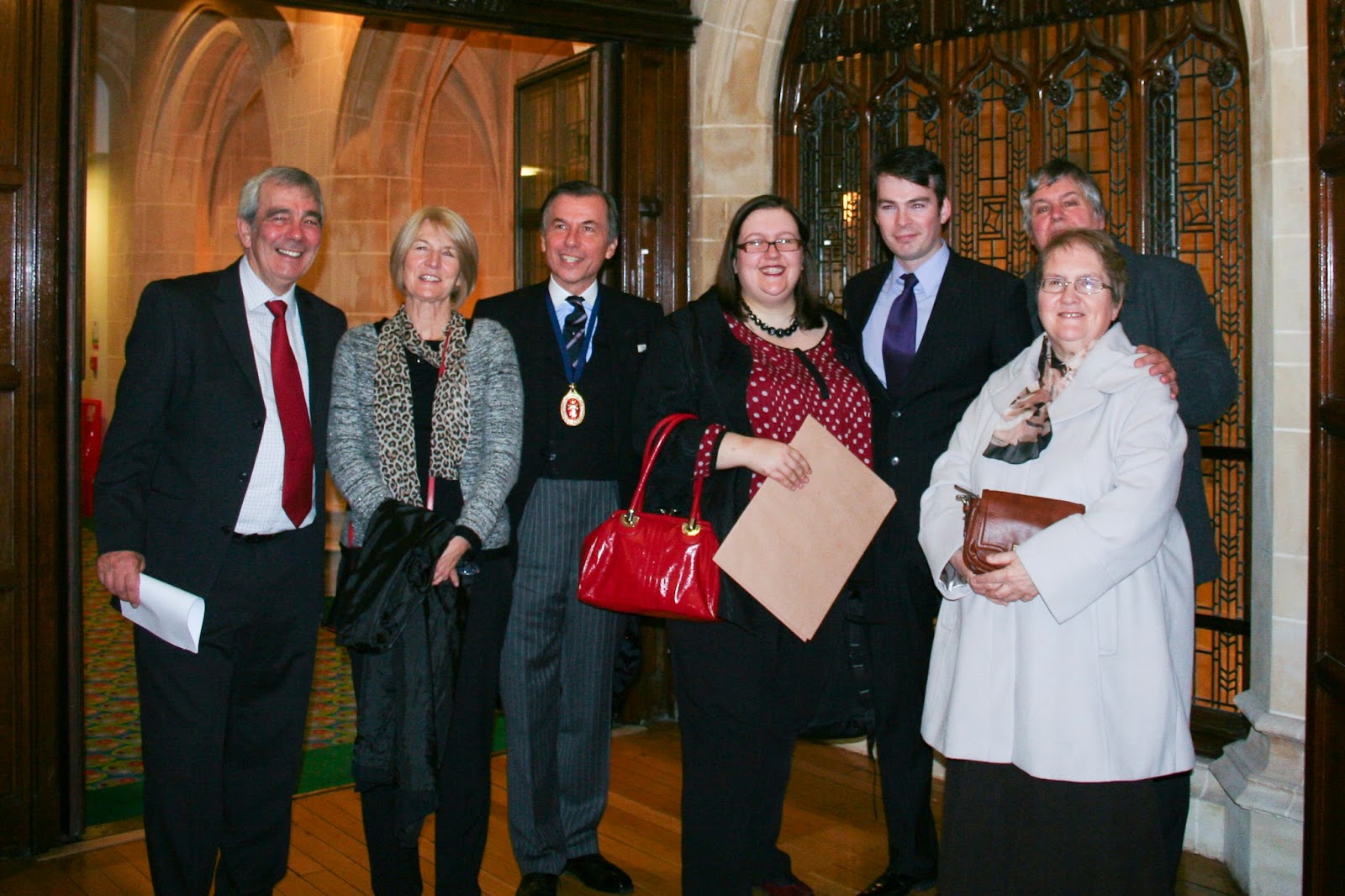 It was a very odd night. 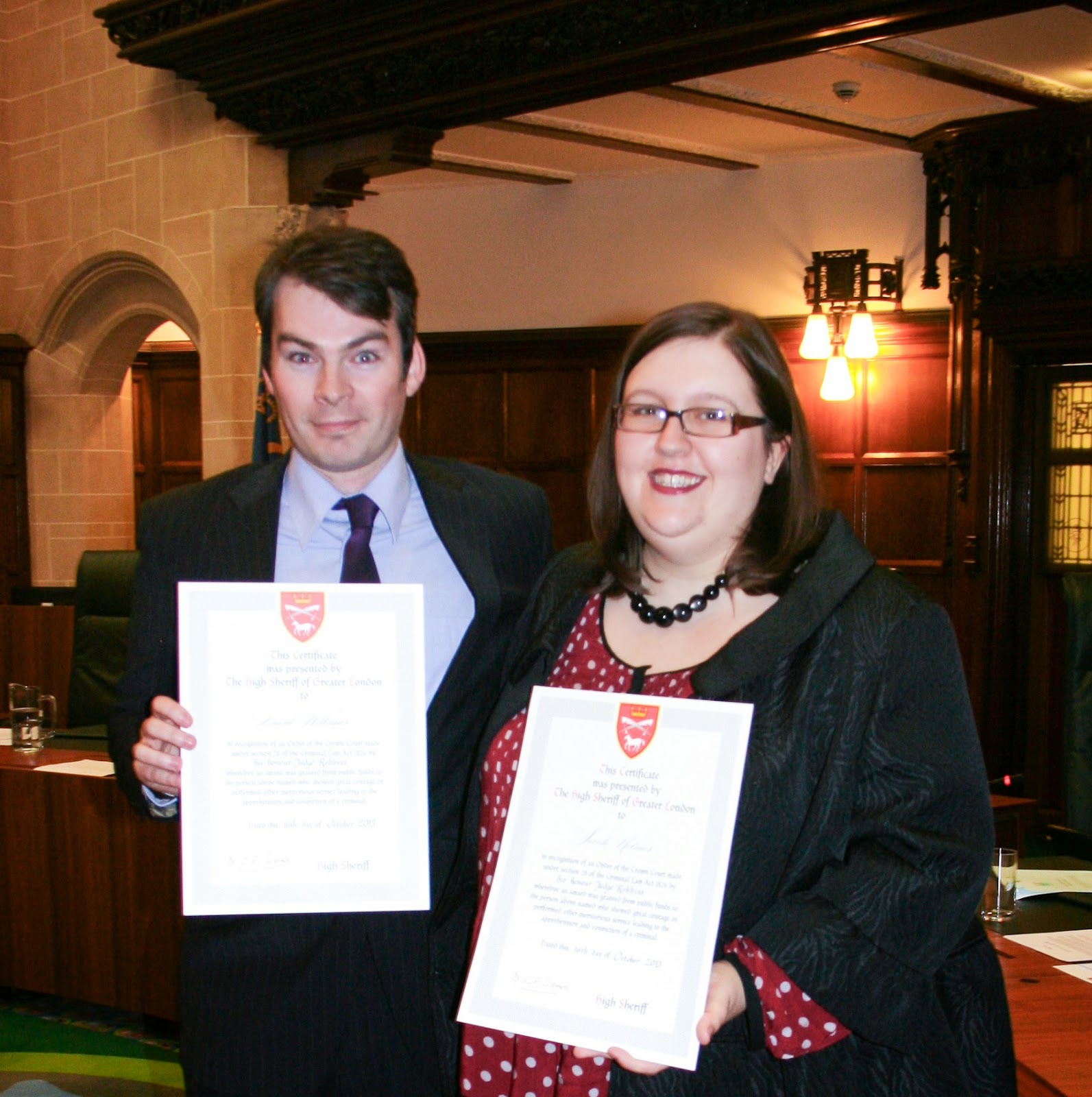