Eighteen months ago, I took part in the filming of Lenin's Lunch for the New Factory Of The Eccentric Actor. The film received its premiere the other day, which is very exciting. Unfortunately, I was unable to attend. It has now been unleashed on an unsuspecting public and I'm very much looking forward to seeing it. The film is a lo-fi, continuous single shot taken from Lenin's point-of-view as people compete for his attention whilst he attempts to eat his midday meal. 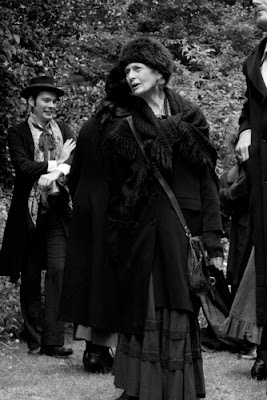 The script was by Penny Dimond and was filmed in collaboration with Agnes Hay. It was shot in a lovely garden in North London. Most of us were wrapped up in Winter coats and scarves on an absolutely beautiful Summer's day. Gary Merry, who directed and played Lenin, had this to say on his blog about the filming. 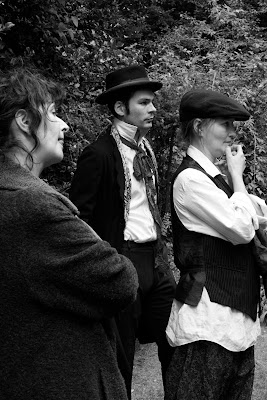 As well as Gary and Penny, the cast includes the supremely talented Ann Firbank, David McGillivray, Anthony Best, Eva-Mary Carroll and Kathryn Hamilton-Hall among others. It's people like these that keep me coming back to work for the New Factory time and time again. 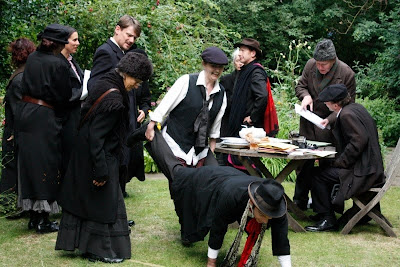 Kathryn and I played a pair of Dadaists. We had a ball. 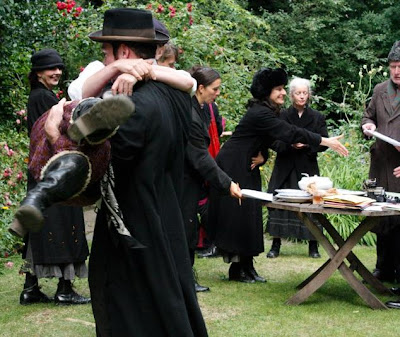 All the photographs here were taken by Daisy Wormell. Here's one which shows off my lipstick. 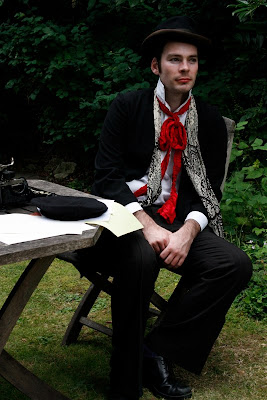 I'll post the film itself here once I've managed to see it myself.
Posted by Dave at 10:00
Email ThisBlogThis!Share to TwitterShare to FacebookShare to Pinterest
Tags: Acting, Lenin's Lunch, New Factory Of The Eccentric Actor

What a brilliant opportunity.

I hope you get to see the finished product soon!