Why I Adore...The Station Agent

I originally wrote this in July 2010 for a website called Why I Adore..., which featured articles all singing the praises of a particular subject with "unabashed, unabridged, unbridled" positivity. I loved the idea. The internet is all too often a haven for faceless negativity and any attempt to stem that tide impresses me. So I decided to offer up something I adored.

I looked at the site again the other day and it hasn't been update since the 1st of May, 2011. Maybe that means negativity has triumphed. This is a link to the original, but I've decided to re-post it and so here is Why I Adore...The Station Agent:

I love The Station Agent, but in telling you about it, I feel like I'm betraying something. I knew nothing about this film when I first watched it, so to come to it with no expectations and be so rewarded was a wonderful experience. What I have written below is so full of spoilers that, if you haven't already seen the film, I would be robbing you of the same experience. In fact… if you haven't already seen the film, go and watch it now…

The Station Agent captures something. Something intangible. It feels like a film about a long sprawling school summer holiday, but for adults. That makes it sound like a "Stand By Me with experience", which really doesn't do it justice. 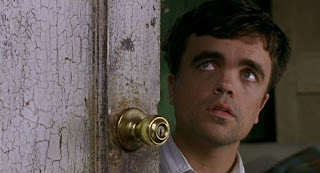 We are presented with a very unlikely trio: The fantastically named Finbar McBride (Peter Dinklage) is an initially laconic dwarf craving the life of a hermit, Joe Oramas (Bobby Cannavale) is a gregarious and relentless optimist with a lust for life and Olivia Harris (Patricia Clarkson) is a woman left damaged by the death of her son.

Despite occurring less than six minutes into the film, the death of Fin's friend Henry is so affecting because Paul Benjamin has provided us with such a grounded and real character. Henry is the only person we encounter in Hoboken who doesn't regard Fin differently. As a parting gift, Henry leaves Fin an isolated train depot in Newfoundland, New Jersey and seeking an opportunity to be left alone Fin starts walking. 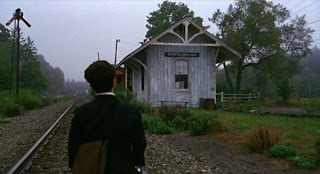 Peter Dinklage's assured characterisation as Fin is the core of the film. We witness people's treatment of him as an oddity: staring, pointing and making comparisons to Snow White's magnificent seven. His stoicism in the face of this is not a suit of armour, and nor is it emotionless. He simply treats it as a fact of life. The expression on his face when Patty at the Good to Go takes a photo of him is not surprise or indignation, but resignation. He just pays for his goods and starts walking.

A lot of this film is walking and it is Fin's long walks along the railroad's 'right-of-way', and a beautifully simple musical score from Stephen Trask, that set the tempo of the film. The stark lines of the railroad cutting a swathe through the verdant green of the New Jersey countryside, and the forgotten and rusting bridge over a island that looks like it could be paradise. "I'm a good walker, bro" Joe tells Fin. He isn't, but it doesn't matter. The triumph when Olivia enters the frame behind Fin and Joe is magnificent. 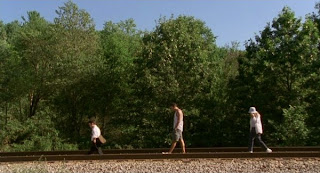 When alone they would each be stuck in a rut, the three friends make things happen for each other. Joe inflicts his company upon Fin, who initially resists and then begins to enjoy it. Joe invites Olivia to walk the right-of-way with them. In giving Fin her camera, Olivia turns his interest in trains from passive to active, but if it wasn't for Joe he wouldn't have taken up trainchasing.

During the train chasing scene, Joe's enthusiasm is unbridled and infectious. Fin's guard is down and he is living in the moment for the first time in the film. He and Joe are thundering alongside a "fucking huge" train in Gorgeous Frank's Hot Dog Emporium, and Fin is sat filming from a less-than-safe-looking 'lounge' chair. He turns the video camera on himself and takes the first carefree and unselfconscious shot of Fin that we see. He relaxes here and remains relaxed. Over the next couple of scenes, gone is the intense and taciturn Fin of old and in his place is a man who tells jokes, smokes a joint and opens up to Olivia about how he feels about being a dwarf. 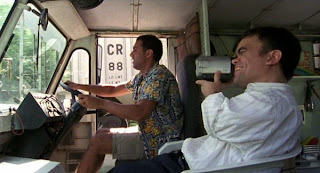 This is a film about relationships in which no one talks about relationships. We learn about the trio's attitudes to each other not through what they say, but how they say it. If you take one away, then the other two don't quite function. When Joe's ill father needs him and he leaves the other two eating, they have almost nothing to say to one another. Just as without Fin, then Olivia and Joe would never be friends. He is so earnest that he brings her sarcasm to the surface.

Whilst saying grace at the table:

JOE: Who wants to say it?
OLIVIA: You. 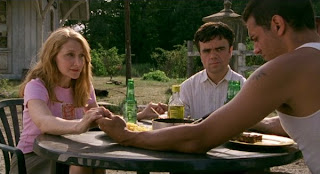 And whilst Joe is cooking at Olivia's house: 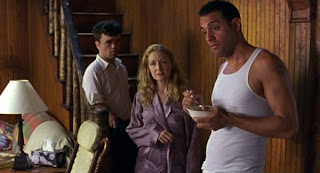 The same is true when Olivia withdraws and the other two venture into territory that makes Fin uncomfortable, which ultimately sets him back on the path towards turning the train depot into a hermitage.

The three women in Fin's life all want different things from him. Olivia doesn't realise she needs friends like Fin and Joe, Emily (Michelle Williams) seeks solace from her boyfriend's world with him and Cleo (Raven Goodwin) simply wants him to share his love of trains with her classmates. That the simplest of these is the one he resists, makes no sense to Cleo. 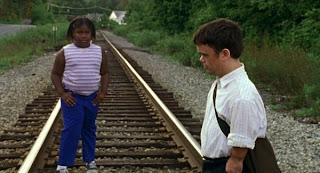 When the trio is broken up it hurts, it actually hurts. Finn drinks away the pain and has a train related near death experience which seems to put things in perspective for him. Despite her earlier protestations, he visits Olivia again and discovers she has made an attempt at a suicide. Ironically, this is what it takes to bring them back together. Fin calls Joe and, as a pair, they drive to pick Olivia up from the hospital. There is no reconciliation scene, no admission of feelings, just an implicit tone that this was difficult, but more importantly that it was necessary. With our trio reunited, Fin takes Cleo up on her offer to speak at her school about the history of trains. And blimps. 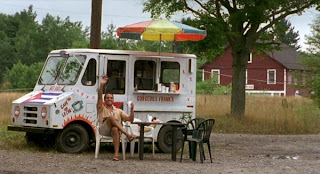 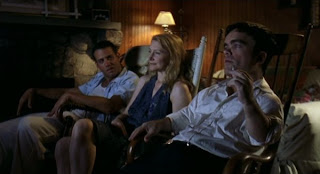 The frame is always richer for having all three of our trio in it, but there isn't a bad performance in this film. The music is wonderful, the landscape is beautiful. In fact, everything seems so right that it makes the fact that this is a debut film all the more astonishing.

When the credits rolled the first time I saw this film, something happened that's never happened before or since. I wanted to watch it all again, straight away. 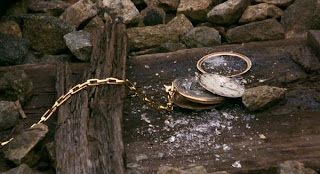 Posted by Dave at 10:00
Email ThisBlogThis!Share to TwitterShare to FacebookShare to Pinterest
Tags: The Station Agent, Writing

It's been years since I watched it, but I came into it without any knowledge or expectations and really enjoyed the film. Dinklage was great in the title role.

Still meaning to watch this one. Thanks for bringing it up!