Please Release Me DVD: Avenge Me!

The Avengers has been released in the UK this week under its slighly pointless title of Marvel Avengers Assemble, but there is absolutely no way I am parting with any money for the moribund Region 2 DVD release. 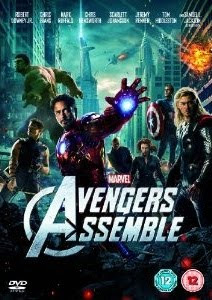 I loved The Avengers at the cinema, which is testament to the quality of the film. I still managed to enjoy it, despite a ridiculously expensive experience of watching it in a room filled with idiots, their phones, their very small children and the sound of loud banging doors.

Apparently the Joss Whedon commentary that graces the US release could not be included because it was recorded too late for the Region 2 disc's release date. A release date that is only a week earlier than that of the American release.

We could have waited a week.

Joss is one of us. He's a geek. He will have understood what geeks wanted to see released. This is possibly the geekiest mainstream film ever made. It brings together Iron Man, The Incredible Hulk, Thor and Captain America among others, not to mention that The Avengers is a comic book title in its own right.

The Region 1 release also has a host of DVD extras, which have apparently been distributed around several 'exclusive' UK releases, effectively making them all different and yet equally lacklustre.

This is exactly the sort of film that should have deleted scenes, making ofs, 'Marvel One-Shots', trailers, etc., but should you judge a DVD by its extras alone? No, of course not, but add to this the complicated claims of censorship, bizarrely incorrectly recorded classification and then finally an admission that the incorrect version of the film was released. This is getting very silly indeed. 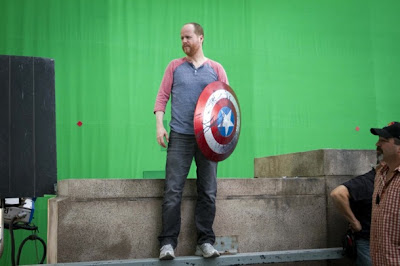 I could import the Region 1 release at potentially great expense, but I don't have a DVD player that can play Region 1 discs and more importantly, I shouldn't have to get one. The film has been released in the territory in which I live and I should be able to expect a more than half-arsed job.

I don't download films illegally. I don't want to and frankly I wouldn't know how. I believe that piracy harms an industry that I work in and hope to keep working in, but I genuinely believe that ridiculous business decisions like these do greater harm and it's no wonder that people resort to piracy when they can't get what they have every right to expect via legal means.

Is this a cynical marketing plan to double dip and get us to put our hands in our pockets twice? Or have Disney spectacularly underestimated the audience for this movie in the UK?
Posted by Dave at 23:08
Email ThisBlogThis!Share to TwitterShare to FacebookShare to Pinterest
Tags: Please Release Me, The Avengers

That is really crappy!

Releasing an Avengers Blu-Ray without extra features is pointless. I can see why UK fans are enraged.

Absolutely. The extras on DVDs seem to have reduced over the last couple of years. I think that it's to make largely empty Blu-Ray discs look better, but to not even manage theat here is astonishing.