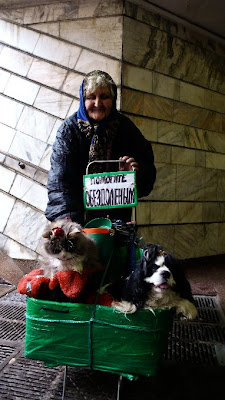 Behind The Bike Shed is currently gearing up for its next show, the first with which I'm not involved. The dates just didn't work out. They'll be in London's Hoxton Square on the 6th of September.

The previous show was In The Frame, in which each scene was accompanied by a photograph which was a stimulus of sorts.

This photograph was the companion piece to the Dog Lady video, it was taken by Tiziano Niero and I didn't use it...
Posted by Dave at 10:00
Email ThisBlogThis!Share to TwitterShare to FacebookShare to Pinterest
Tags: Behind The Bike Shed, Writing