Every Cloud Has A Silver Lining

Following the award ceremonies held by the High Sheriff of London and the Chief Constable of Herefordshire, we were more than a little surprised to be invited to do it all again.

We were nominated for the Association of Chief Police Officers (ACPO) Police Public Bravery Awards 2014 and were both presented with certificates and silver medals. We are pictured here with Chief Constable Sir Hugh Orde on the left, Assistant Chief Constable Michelle Dunne and Chief Constable Andy Bliss on the right. For some reason, we both look a little like we were being held at gunpoint. 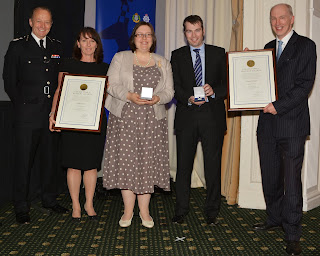 For the record, we weren't. 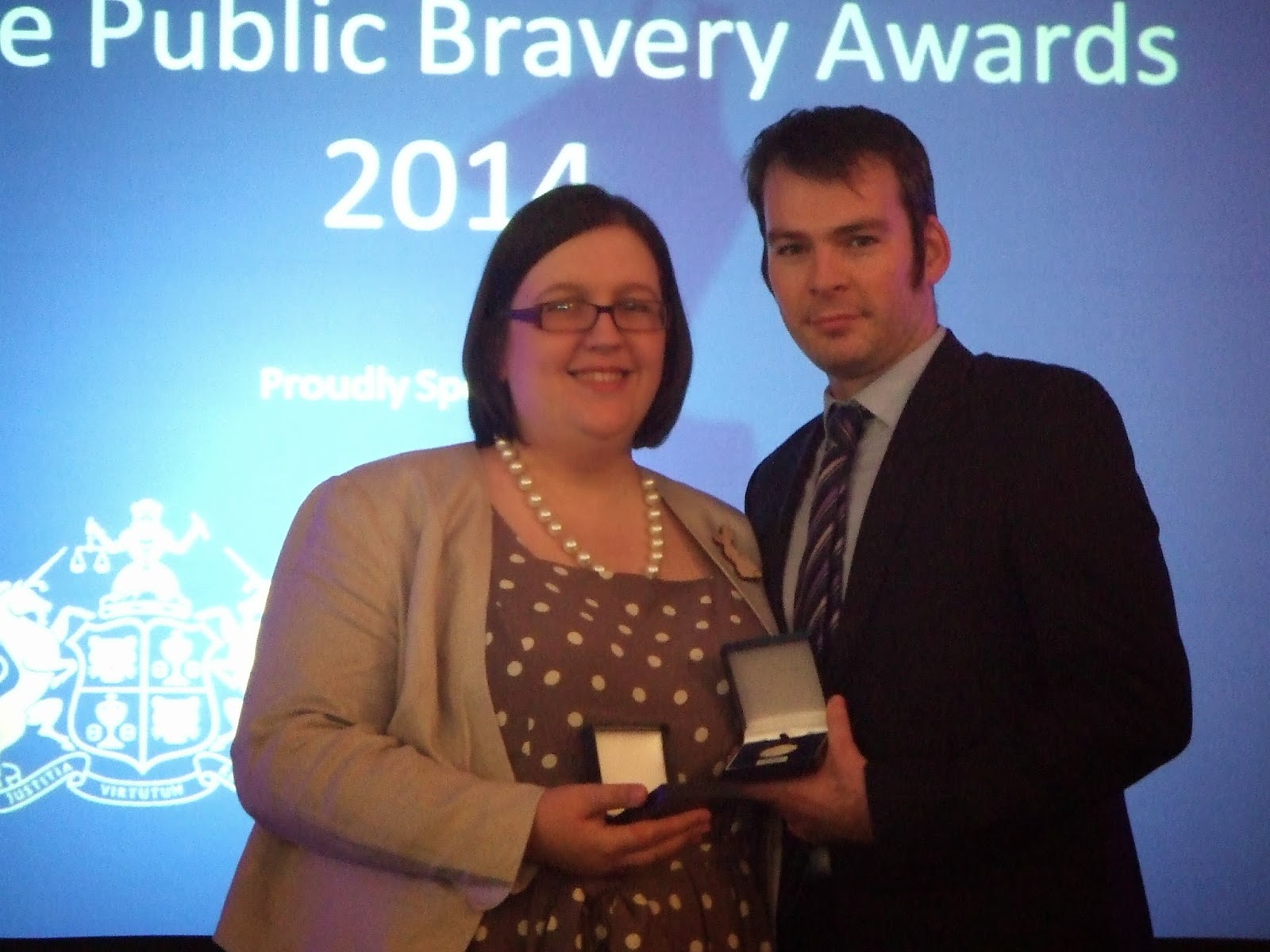 We're pretty sure that's the end of it, but then we probably said that after the trial, after the first award ceremony, after the second...
Posted by Dave at 10:00
Email ThisBlogThis!Share to TwitterShare to FacebookShare to Pinterest