Copper Load Of This

Following the High Sheriff's award ceremony, we were invited to do it all again. This time by the Hertfordshire Police Force.

Here we are with the headteacher of a local school (a local school with a fantastic string quartet no less) and the Chief Constable, who presented us with another pair of certificates. 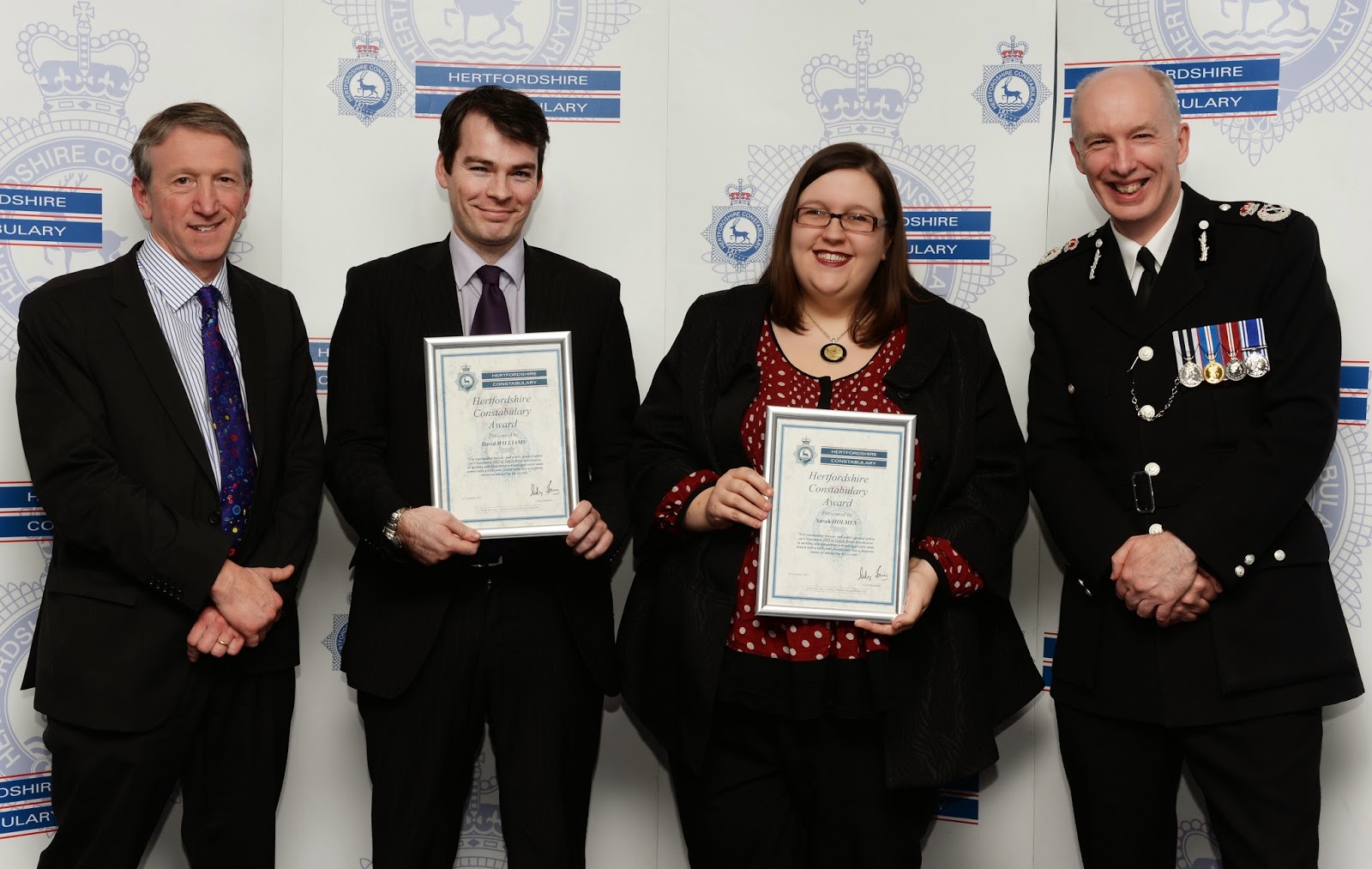 The photos were taken by a forensic photographer, which must make for an interesting change of pace. 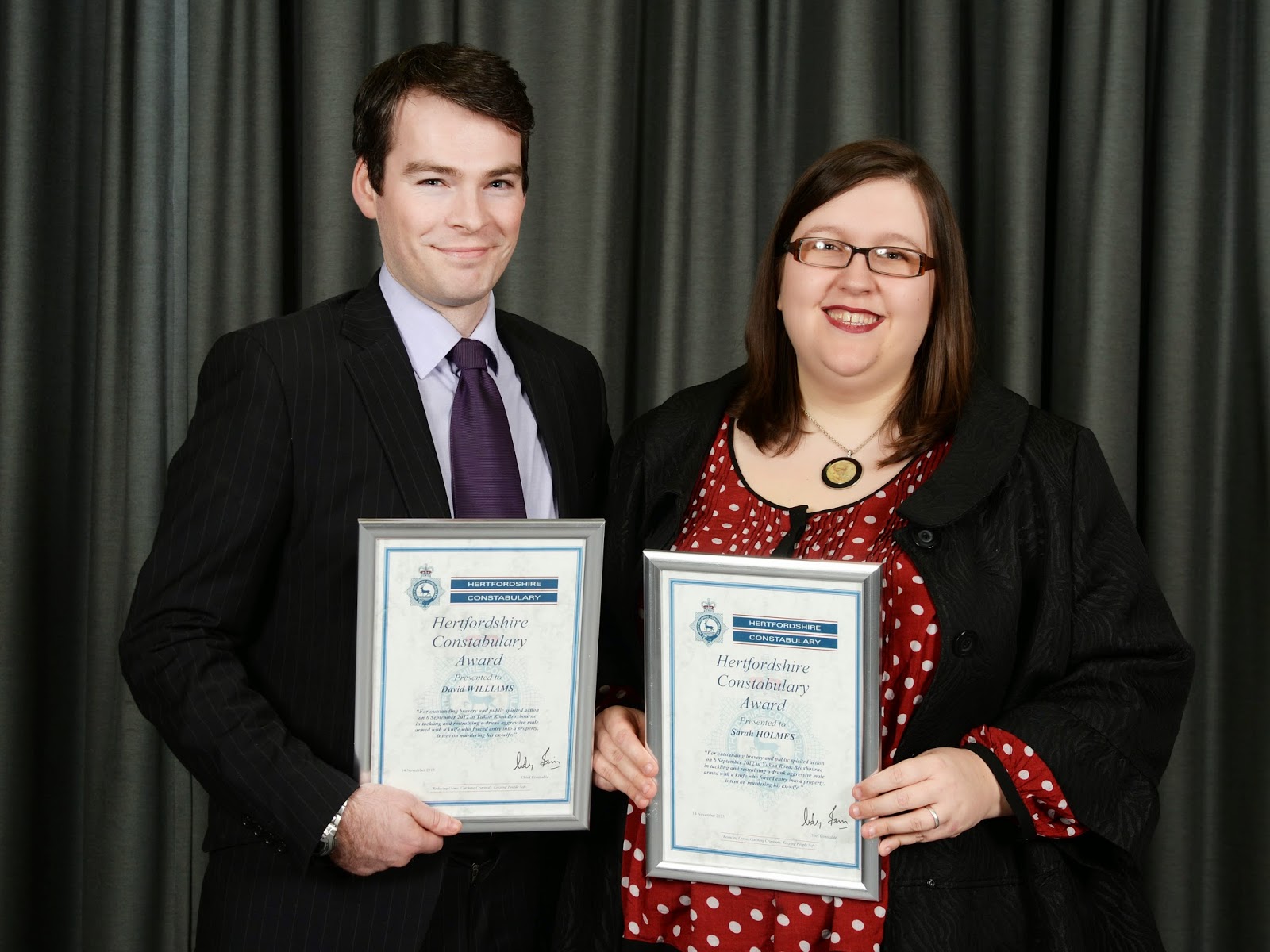 Immediately after the award ceremony, we had an unfortunate encounter with David Lloyd, our duly-elected Police and Crime Commissioner. A vile man who refered to domestic violence as "DV", presumably to save himself vital seconds. I was appalled and it must have shown on my face, but he interpreted it as confusion and sought to explain his handy acronym. He went on to compare the Police Force to a business and by extension saw himself as its managing director. We did not get on.