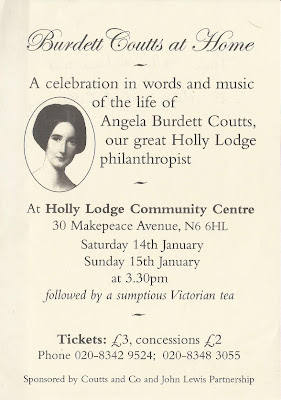 Burdett-Coutts At Home was a version of the play about the life of Angela Burdett-Coutts that became Holly Lodge. It was the first time I played William Bartlett.

It had many similarities and involved many of the same cast. Burdett-Coutts At Home had a narrator that didn't make it into the latter show. The narrator was played by Ram John Holder of Desmond's fame. I commented on this at a rehearsal before I met him and was told not to mention it as it was a subject he didn't like talking about. The day arrived when he was set to join us and I was all set to bite my tongue. The door opened and in he came wearing his TV character's trademark Porkpie hat. 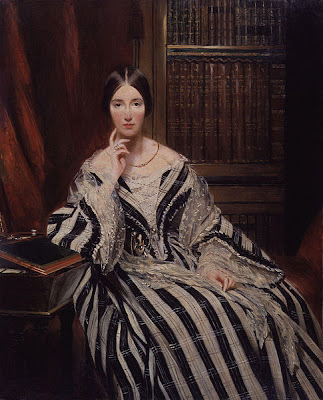 The veil for Angela and William's wedding scene belonged to the director and was a family heirloom of great age. In order to be able to lift the veil I had to lower it. During one of the performances the actress playing Angela turned to me I lowered the veil and my eyes was drawn to huge tear over one of her eyes. We turned out to face the audience and they must all have been staring at the eye busting forth. We made our vows and I lifted the veil as gingerly as possible.

Note to anyone reading this with a family heirloom of any sort. Never, and I do mean never, lend it to anyone for use as a prop or costume in theatre production. Just don't.

I enjoyed Burdett-Coutts At Home and I'm thankful that it lead to Holly Lodge.
Posted by Dave at 10:00
Email ThisBlogThis!Share to TwitterShare to FacebookShare to Pinterest
Tags: Acting