My mother wanted to celebrate her sixtieth birthday last year in style and so she and my sister decided to abseil 100 foot down the side of the John Radcliffe Hospital in Oxford to raising money.

They were both interviewed on hospital radio, but to be honest so was anyone that stood still long enough. My father, Sarah and myself were all questioned while the two intrepid abseilers were getting ready. I filmed the following (rather poorly):

The hospital radio guy was continually asking for song requests. Sarah attempted to request a song to play whilst Mum and Beth were abseiling. She asked for 'Heroes' by David Bowie, but they didn't have that. The closest they could offer was 'Holding Out For A Hero' by Bonnie Tyler. And so Bonnie it was...

They were aiming for £100 each, but between them they managed to raise £445. Donations are still welcome. I'm very proud of them both.

A photograph of the two of them is being used on a leaflet to advertise the next abseil. 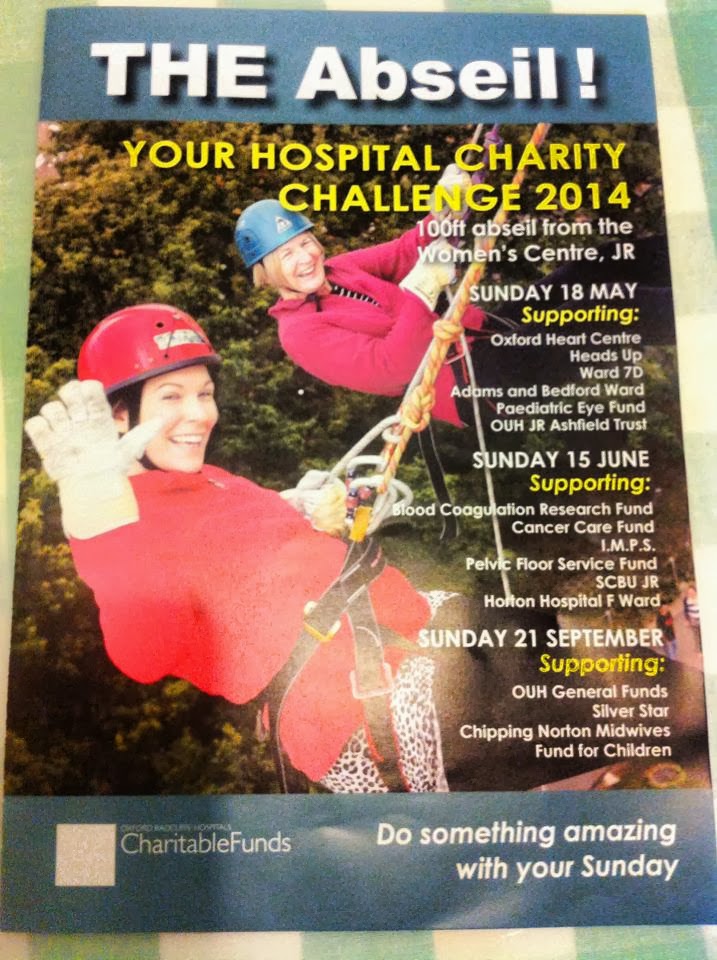 Your sixty year old mother did that? Wow! Very impressive.