The Nick Of Time

There is a service today at St. Paul's in Covent Garden, the Actor's Church in memory of Nicholas Courtney. I'm going today, but I wanted to take this opportunity to say how impressed I was with the tribute issue of Doctor Who Magazine. Four Doctors, a host of companions, other actors, writers, directors, producers and the president of Equity all paying tribute to Nick. 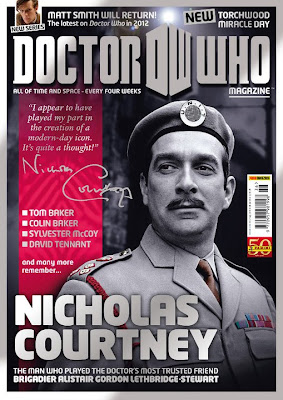 It's also a perfect opportunity to post the only other photo I have of Nick and I. Taken seconds after the other one it looks very much as if Nick is saying something like "What do you need another bloody photo for?" 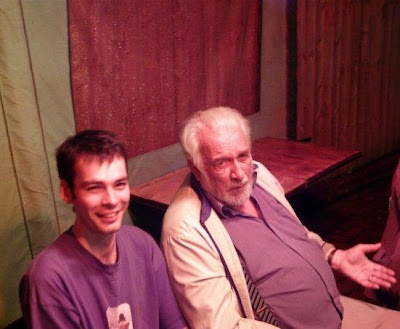 Posted by Dave at 10:00
Email ThisBlogThis!Share to TwitterShare to FacebookShare to Pinterest
Tags: Doctor Who