A few months ago, the actors from A Dickens Of A Christmas 2008 heard from the liquidators, that despite our best efforts (and being featured on Watchdog), none of the money owed to us is going to be heading our way.

I was resigned to this, despite really needing the money. I had left a good job as a hospital porter for an acting job. That was always the plan, but then the acting job defaulted on my payment. As a result of this show, 2009 began for me with my finances in a shocking state and this blog was born out my frustrations and in an attempt to remind myself what I did, whilst going through a period in which nobody wanted to pay me for it. As the credit was crunching, nobody seemed to want to pay me for anything. 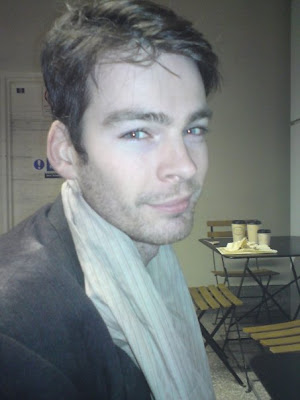 Once again my finances are in a less than impressive state and as if to add insult to injury, Dickens impressario Adrian Walker is back with a new show, another Christmas party this time based on Alice In Wonderland. Talking to Event Magazine he said: "In 2008 I had only paid myself £20,000 in salary up to the point the event was supposed to take place.", it's difficult to have sympathy when I can think of a group of people who would love to live on only £20,000, but then I'm sure Mr Walker accustomed to better.

Another quote in the article: "That it failed was my fault, I hold my hands up, but I’m not some guy who is going to fly off to Rio" paints a picture of a bungling businessman who made a mistake and I'm willing to believe that could well be the case, but this is still the same man that pulled a show after selling more tickets than the capacity of the venue, rather than running the event at a loss and being able to disappoint fewer revellers, pay his employees and face fewer angry creditors months later.

The Event Magazine article also states that Walker claims that some people that attended his event in 2007 have already booked for this one. I would be astonished if any from the year after would do like wise.

As a result of our experiences in 2008, Walker's Amazing Events was blacklisted by Equity and he is organising this event under a different company name: GRI Events. In these times of almost puritanical austerity I would hate to see people out of work and at Christmas no less, but it would be remiss of me not to warn all actors, stage technicians, promoters, caterers, security staff, waiters and potential customers and partygoers to think twice about engaging in this.

Tellingly, at the time of posting, the website's testimonials page is not working...

Posted by Dave at 10:00
Email ThisBlogThis!Share to TwitterShare to FacebookShare to Pinterest
Tags: Dickens Of A Christmas

Just a quick reminder that my Top Ten Films They Should Have Made blogfest is next Tuesday!