Why I Adore...The Station Agent 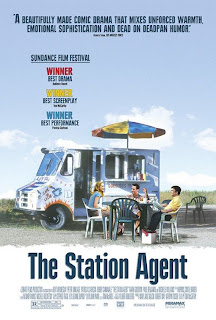 The internet can be a very negative place, which is why something like Why I Adore... really stands out. It is unashamedly positive and all the better for it. Writers are invited to wax lyrical about what it is they really love about a particular film, TV show, actor, filmmaker, film/TV technician, scene, etc.

The site has already garnered an eclectic mix with previous articles singing the praises of subjects as varied as Die Hard, Amelie, Doctor Who, Gus Van Sant's Psycho Remake, David Lynch and That-Bit-Were-Optimus-Prime-Takes-Charge in Transformers: The Movie.

I adore The Station Agent, a 2003 film written and directed by Thomas McCarthy, starring Peter Dinklage, Patricia Clarkson & Bobby Cannavale. If you haven't seen it, do.

Here's Why I Adore...The Station Agent. 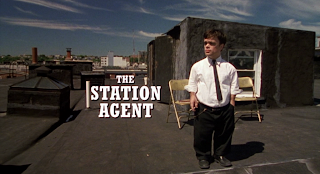 Posted by Dave at 10:00
Email ThisBlogThis!Share to TwitterShare to FacebookShare to Pinterest
Tags: Writing