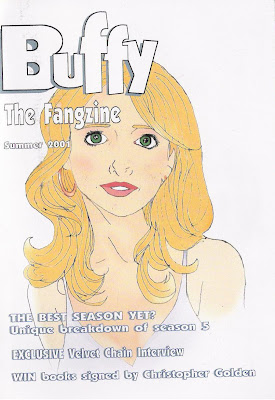 I am a huge Buffy fan and after seeing their performance in Sunnydale I became a Velvet Chain fan as well. I conducted the following interview with two of the band for the Summer 2001 issue of Buffy The Fangzine:

I was lucky to get an exclusive interview with Erika Amato and Jeff Stacy the driving forces behind the ultra-talented fan favourite Velvet Chain who appeared in the first season episode ‘Never Kill A Boy On The First Date’ performing ‘Strong’ (which is available on the Buffy OST) and 'Treason', played at posting board parties and almost gave us the theme to Angel. Oh yeah and not to mention they’re really talented.

Can you give us an account of your time on the set?
JEFF: We had a really good time that day. Everybody was friendly, and everybody really liked the band. The cast and crew kept coming to us and asking if we had any CDs for sale. We sold about thirty CDs that day. 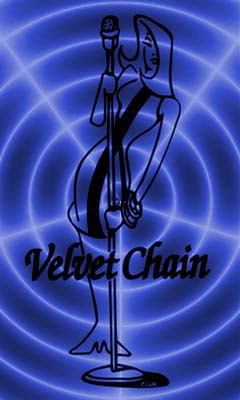 ERIKA: Yeah, it was great. The cast and crew were so nice to us. Charisma (Carpenter, the actress who played Cordelia) even ate lunch with us. We ended up making a really strong connection with the show that day…quite a few of the cast and crew have come to see the band a lot in the years since then. And of course, we’re big fans of the show, as well. Total mutual admiration society stuff.

Why do you think your Angel theme was not picked up? Were you given a reason?
ERIKA: I’ll let Jeff answer that…

JEFF: Because there was another theme submitted that they liked better. It is my understanding that the decision was very close, but in the end, they opted for something a little more classically gothic, with a cello lead. Our theme was a bit more ‘street’ sounding, and was actually quite a bit less traditional than what they chose. I do think, however that the theme they chose (by Darling Violetta) is an outstanding one and very suitable for the show, perhaps even more suitable than ours. It’s kind of hit-and-miss with something like this. You get some basic parameters of what the show is about and the overall vibe, and then you take a shot at it. You make a piece of music that is your interpretation of what the show is probably going to feel like. Whoever creates a theme that is closest to what the show’s creators are looking for is going to get the placement. That’s how it works. As an artist, it’s actually a really fun thing to do, and I really had a good time making it. 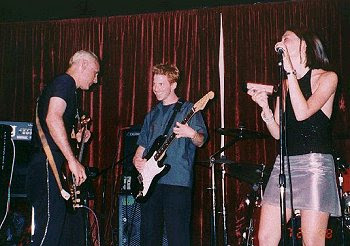 How did the collaboration with Seth Green (who played Oz) come about? What did you think of his musical ability?
JEFF: The collaboration with Seth came about primarily because Seth liked the band quite a bit, and because we hit it off on a personal level. Seth is a very cool, down-to-earth, and funny guy. We thought it would be fun if he showed up on stage with us. That idea lead to the idea that I would record him on one of our songs for The Buffy EP so we could have Seth on one of our albums, and Seth would have a legitimate album credit, even though he can barely play. It was all done for fun because we wanted to do it and it was something a little different. As a guitarist, Seth is really just a beginner, but he enjoys playing and actually has a lot of fundamental musical talent. If he had time to play a lot there’s no doubt he could become very good.

ERIKA: He has an amazing sense of rhythm, and is a very musical cat. He could have pursued music instead of acting, I’m sure but he ‘ain’t doing too shabby in the acting department, so it seems like he made a good decision!

What do you put your continued involvement with Buffy down to?
JEFF: Our continued involvement with Buffy has a lot to do with the fact that the exposure Velvet Chain got from the show has lead to a dramatic increase in our fan base. We have almost 10,000 people on our mailing and email list now, and it’s safe to say that over fifty per cent of them came directly from our exposure on the Buffy TV show and the Buffy soundtrack. Being an independent band, this kind of exposure is critically important because we don’t have the money for radio promotion and major PR like big labels. No matter how good your band is, if people don’t know you exist, you might as well be releasing records on the moon. Buffy created a great opportunity for us because it’s a vehicle for lots of people to find out about us and discover us. Being somewhat intelligent we have taken advantage of this opportunity to the extent we could. We remain as involved as possible with Buffy because that’s where a lot of our fans are. You go where the love is.

ERIKA: I think it’s because Buffy fans have great taste, so they like us! No really, we’re just very appreciative of all the support the fans have given us over the years, and we’re also really grateful to Joss (Whedon, creator of Buffy, Angel, Firefly and now Dollhouse) for giving us the opportunity in the first place. 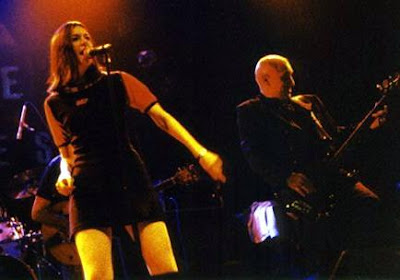 Jeff has said “UK fans have better taste in music”, are you fans of much British music, and if so who?
JEFF: Well, it just seems that an abnormally high percentage of really good, inventive, creative, and unique music comes out of England. In the US you get Third Eye Blind and Matchbox 20. In the UK you get Portishead and Radiohead. I think that people are generally a bit more open minded about music in England, and I think they appreciate uniqueness more. I don’t know if this is actually true, it just seems that way to me.

ERIKA: Actually, I think Third Eye Blind may be Canadian (they are actually from San Francisco), but I agree with Jeff. With the exception of Beck and Fiona Apple, there really aren’t that many American acts I like right now. Well, there’s Garbage too, but Shirley’s Irish, I think (sorry Erika, she’s Scottish), they’re kind of a hybrid.

Are any of your currently unreleased tracks, some from the first album or the Angel theme, likely to resurface?
JEFF: Yes, I am planning to create something next year that will allow people direct access to these tracks. Basically, the idea is that you will be able to go to Velvet’s Chain’s website and create your own CD and in what order. You will be able to choose from any of the tracks from Warm, The Buffy EP, Moody Groove Music, or Velvet Chain Live At The Temple Bar. In addition, unreleased tracks will be available, as well as instrumental versions of several songs. You pick the songs, we make the custom CD and send it to you. This is the kind of thing an indie band can do, and we’re going to do it. I think it’s a really great idea, although it’s going to be a super big pain in the ass.

Would you like to reappear on Buffy (or Angel) and what would you do?
JEFF: We would love to reappear on Buffy or Angel. We would like to do the song ‘Watching You’ from the Moody Groove Music album, but what song we played would not matter that much. It would be a lot of fun and we would get a ton more exposure. It would be a huge thing for the band, so, of course, we’d love to do it. Almost any indie band in the world would love to have an opportunity like that. If we get it, we’ll take it.

ERIKA: Actually, I would love to get on either show as an actor, which I am, by the way and I’d love to be a vamp. Yep, that’d be great. Hint, hint, Joss.

Are you happy in your work?
JEFF: Music work, yes. Non-music work, no. Whenever I’m not working on music I feel like I’m at a red light.

ERIKA: Same here. I hate my day job and no, I am not going to discuss it. 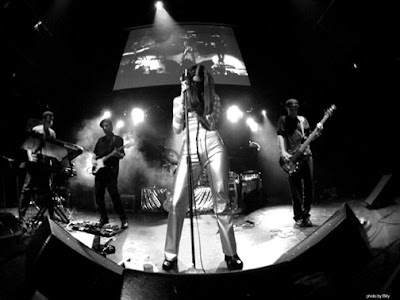