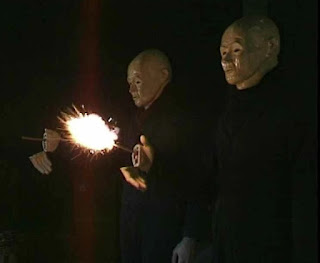 So, the cat is out of the bag. The Top Secret thing that I have been writing is a novelisation of Auton.

Auton is a direct-to-video Doctor Who spinoff produced by BBV in 1997. It's a sequel to Spearhead From Space, the first story to feature Jon Pertwee as the Third Doctor. With the help of UNIT he foils an attempted invasion of Earth by killer plastic shop window dummies. Auton picks up the story decades later as the invasion resumes.

Auton is now available for pre-order as part of a bundle of three books. The other two appear to be the Krynoid tale The Root of All Evil by Paul Mount and The Choice from BBV's brace of Adventures in a Pocket Universe, featuring K9 and the Mistress. 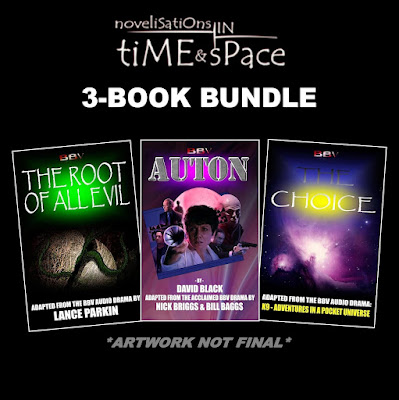 They are available for pre-order in the UK here or not the UK here. More news as and when I have it.
Posted by Dave at 10:00
Email ThisBlogThis!Share to TwitterShare to FacebookShare to Pinterest
Tags: Auton, Doctor Who, Writing