Behind The Bike Shed

The first Behind The Bike Shed was held at Cafe 1001 on the 17th of March 2007 and with a repeat performance a week later.

The cast were Hilde Drevsjomoen, Raif Esendagli, Michael Everhard, Anna Sulan Masing, Verana Meneses, Joanna Strong, Sarah Wills, Nicola Young and I. All the scenes were written by Anna and myself.

Among the dozen or so sketches was Generic (the same script played three different ways as an experiment), Planet Of The Apes (now people would probably compare it unfavourably with Gogglebox), Bacon (about meaty confusion) and Jock (a riff on a Trainspotting obsession that came ten years too late). 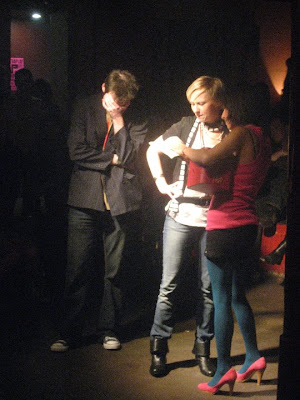 It also included walk and faces, although sadly the links to the videos no longer work. They are probably lost forever... 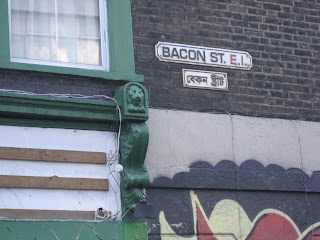 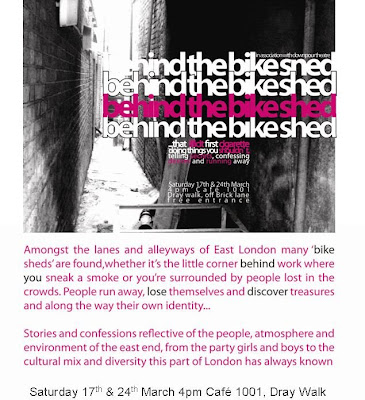 The second performance was the better of the two, after we had learned how an audience might react to each scene and help push future shows in a more comedic direction. It set the pattern for later Bike Shed shows: venues other than theatres, multiple sketches and a mix of lighter and darker humour. Looking back, Anna clearly intended it be a more serious endeavour, but the scripts we were providing were only ever an attempt to make each other laugh.

Posted by Dave at 10:00
Email ThisBlogThis!Share to TwitterShare to FacebookShare to Pinterest
Tags: Acting, Behind The Bike Shed, Writing