Outside In Gains A Soul Gains Essay Titles

ATB Publishing have announced the titles of the essays, who wrote them and which episode of Angel and Firefly they correspond to. There are lots of essays to enjoy by people that aren't me, including the likes of Jonathum Blum, Keith R.A. Candido, Rich Handley, Robert Greenberger and Dave Stone as well as 121 other people. 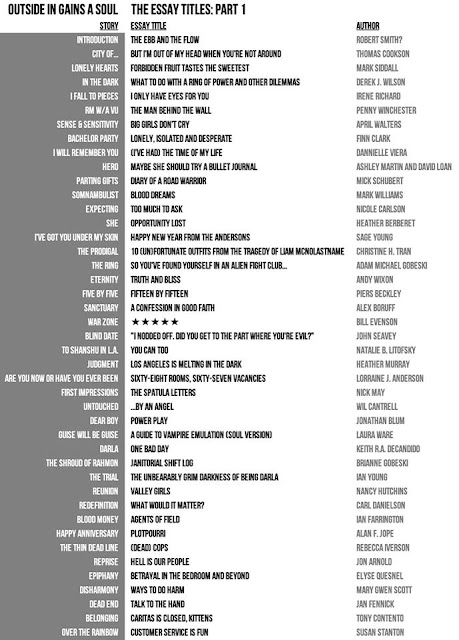 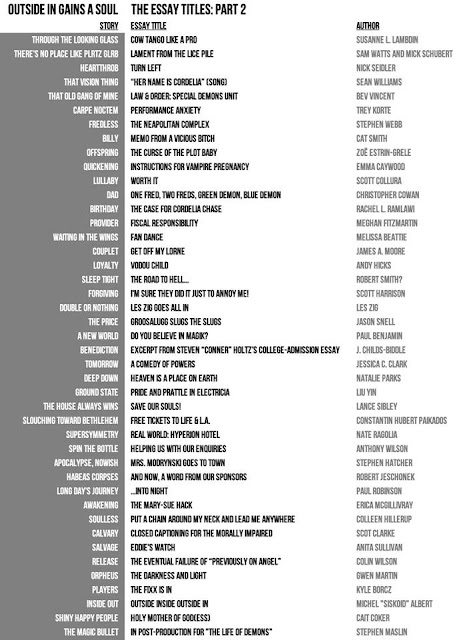 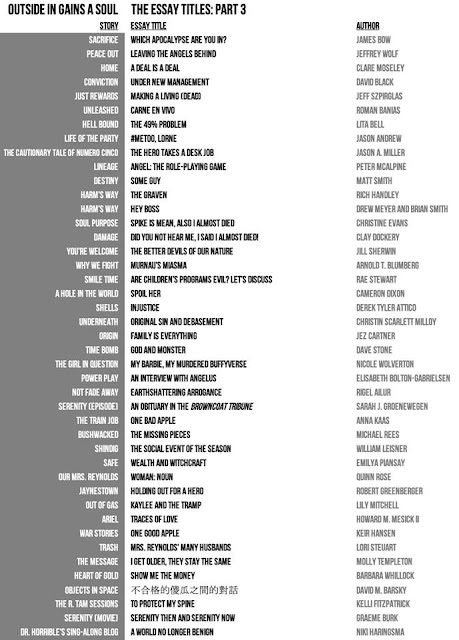 My essay is about Conviction, the first episode of the fifth and final season of Angel. The episode sees Angel Investigations getting used to their new surroundings at the heart of Wolfram &...Hart. Oddly, this means I have now written about the last season opener for both Buffy and Angel. It wasn't planned. 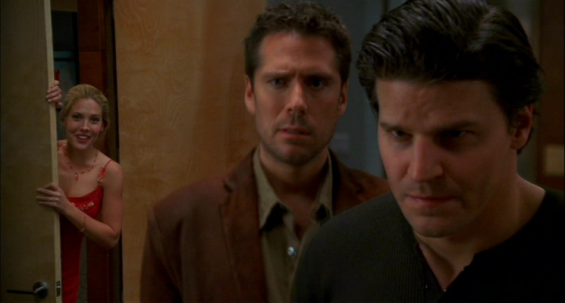 Also on the list that nearly wasn't is The R. Tam Sessions, a series of internet videos that Joss Whedon shot with Summer Glau as promotion for the release of Serenity. It had initially been overlooked as this volume was being prepared and yours truly stuck his oar in. My apologies to all concerned. I'm looking forward to seeing what Kelli Fitzpatrick has done with it.
Posted by Dave at 10:00
Email ThisBlogThis!Share to TwitterShare to FacebookShare to Pinterest
Tags: Angel, Firefly, Outside In, Serenity, Writing