I posted about the first anniversary of Peel This, and then tried to move on in the certain knowledge that we would do more shows. The last lines were more prescient than I could ever have known "the sketches contained within however are obviously still game. If we didn't have those this blog might as well just be pictures of Peter Cushing."

Here's a photo that serves as a measure of just how young we were then or just how old we are now. 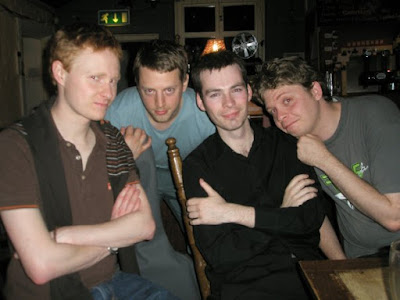