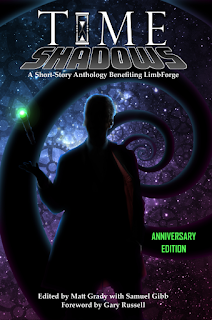 Time Shadows, the Doctor Who Charity Short Story Anthology that I contributed a story to, has been re-released in a new format.

The 'Anniversary Edition' features almost all the short stories from the original edition features and now complementing them are twelve fantastic illustrations by Simon A. Brett, Paul Cowan, Carolyn Edwards, Jon Wesley Huff and Michael Leis.

In addition to the illustrations there are a series of interviews with the authors. It was strange to have to consider the story all over again after the fact.

The Time Shadows 'Anniversary Edition' once again benefits Limbforge, a charity that creates and provides prosthetic limbs for some of the world's most vulnerable people. 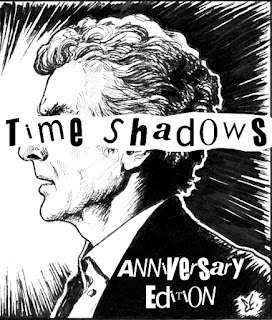 Posted by Dave at 10:00
Email ThisBlogThis!Share to TwitterShare to FacebookShare to Pinterest
Tags: Doctor Who, Time Shadows, Writing