"Ruud Gullit Sitting On A Shed?"

Three years ago, I wrote this for Noiseless Chatter and I'm unashamedly recycling it here. I can't quite believe it was so long ago, but reading it back it still reflects my views on the Father Ted Christmas special. 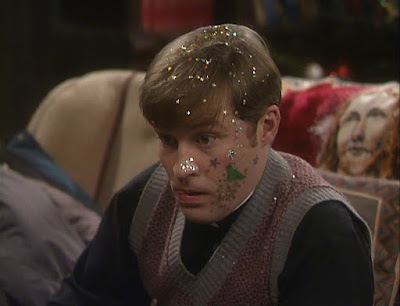 After two phenomenal series Father Ted was awarded with a feature-length Christmas special, and so on Christmas Eve in the year of our Lord 1996, a fifteen-year-old me sat down in front of the television set to watch Father Ted. I loved it. I still do. I watch it every year and it’s still as great as ever.

I could wax lyrical about all the great things in A Christmassy Ted, and so I’m going to. Dougal versus the Christmas tree lights, Mrs Doyle’s window sill dismounts, “Gifts for husbands, like pipes and slippers,” Dougal’s weird familial one-liners, Priest Chatback, a Glittery Dougal, “So a protestant is better than me!”, Dougal presiding over a funeral, Ted’s list of everyone who’s fecked him over, Larry Duff skiing, Dougal’s matador stuff, “bizarre irregularities in his accounts,” Ted’s speech, “La Marseillaise,” the shots framed with Todd’s anatomy, “I don’t know. It was just going that way,” Dougal hanging up the phone, etc.

Father Dougal: Can I open another window on the Advent calendar?
Father Ted: All right. But remember, only today’s window.
Father Dougal: Oh! A shepherd! Great! Fantastic stuff! Can I not open the other two?
Father Ted: No, Dougal.
Father Dougal: God, I can’t wait to see what’s under tomorrow’s window. I bet it’s a donkey or something.
Father Ted: Really? So, you’ve changed from your initial prediction of… what was it again? “Ruud Gullit sitting on a shed.” God, Dougal, where do you get these ideas from? 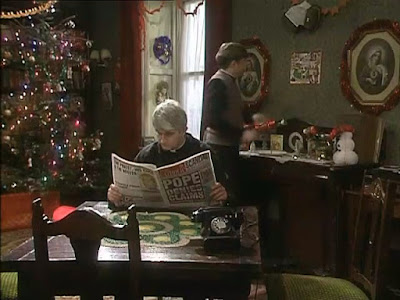 In many ways, however, one of the real strengths of this episode is all the things that it doesn’t do. This is a situation comedy that successfully takes the high road, but brilliantly acknowledges the roads less travelled. For once in a sitcom Christmas special, Christmas is simply the sit and not the source of com. It’s a move acknowledged by the baby that isn’t left on their doorstep and therefore deliberately denying us a version of the Nativity filled with Three Men And A Baby-style high jinks.

Father Ted: A nice quiet Christmas with no unusual incidents or strange people turning up, that would suit me down to the ground.

This episode doesn’t take the easy option at any point. It isn’t yet another retelling of A Christmas Carol, the spirit of Christmas isn’t revealed to any of the characters, and they don’t learn anything. Nor does it try and show the inhabitants of Craggy Island undergoing all the same Christmas rituals as their viewers.

Father Todd Unctious: He gives good mass…he really knows how to work the altar. Look at that chalice work.

When it does acknowledge Christmas it does so in explicitly crass ways such as the jingle bells that are practically bolted onto the opening theme tune, showing the priest’s collective reaction to a televised mass or getting the big guest stars out of the way in the shamelessly conspicuous Ballykissangel opening dream scene and then rapidly replacing them with giant peanuts. 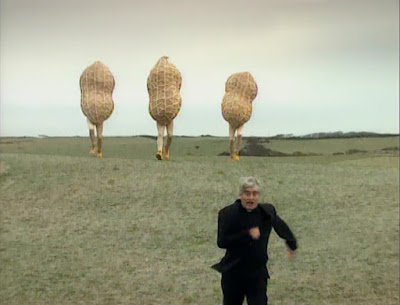 On subject of pop-culture references, the Mission Impossible cat burglar scene came at a time when such a nod was still new, and most notably the idea of eight priests finding themselves in Ireland’s biggest lingerie section played with the same high stakes as being behind enemy lines in a Vietnam War movie is a stroke of unadulterated genius. Any other sitcom would be happy to rest on those laurels, but Ted is different, and takes us into the bizarre Film Noir flashback confession of Father Todd Unctious.

I was very disappointed to discover that Graham Linehan is not a fan of this episode and feels it is too long. I think he’s a bit hard on it. The extended running time broadens the scope of A Christmassy Ted beyond the other episodes. Between the priestly platoon, the opulence of the “strapped for cash” Vatican and the Golden Cleric scenes the Christmas special has the highest number of priests per square inch of any episode, and they each have their own distinct characters, attributes and motivations. 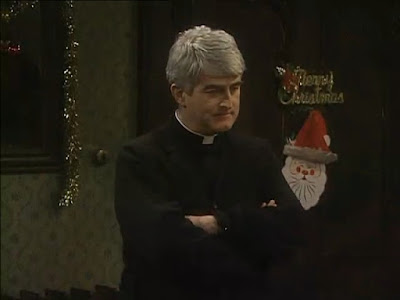 In any other episode the idea of a character “being vaguely unhappy but not being able to figure out exactly why” might go underexplored, but here it gets the attention it deserves. It’s all done without being pious and not a moment is wasted.

Father Ted: And who’s that Todd Unctious? I didn’t invite him, did you? No, I barred you from inviting people over after that tramp stayed a week when I was away.
Father Dougal: That wasn’t a tramp. That was the Prime Minister of France.

The resulting piece of television is fantastic, but that’s not surprising because there are no bad episodes of Father Ted. Any episode of Father Ted shown at Christmas would have felt sufficiently 'special'. A Christmassy Ted is a fantastic episode, but crucially it’s not very Christmassy, and that’s what makes it so great. 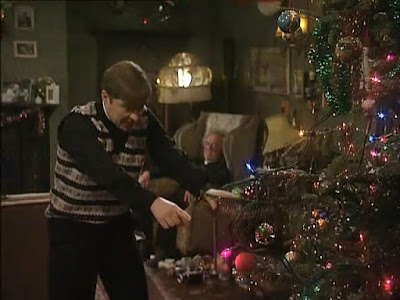