Dredd Alert has been a little behind schedule of late, but it is slowly updating... 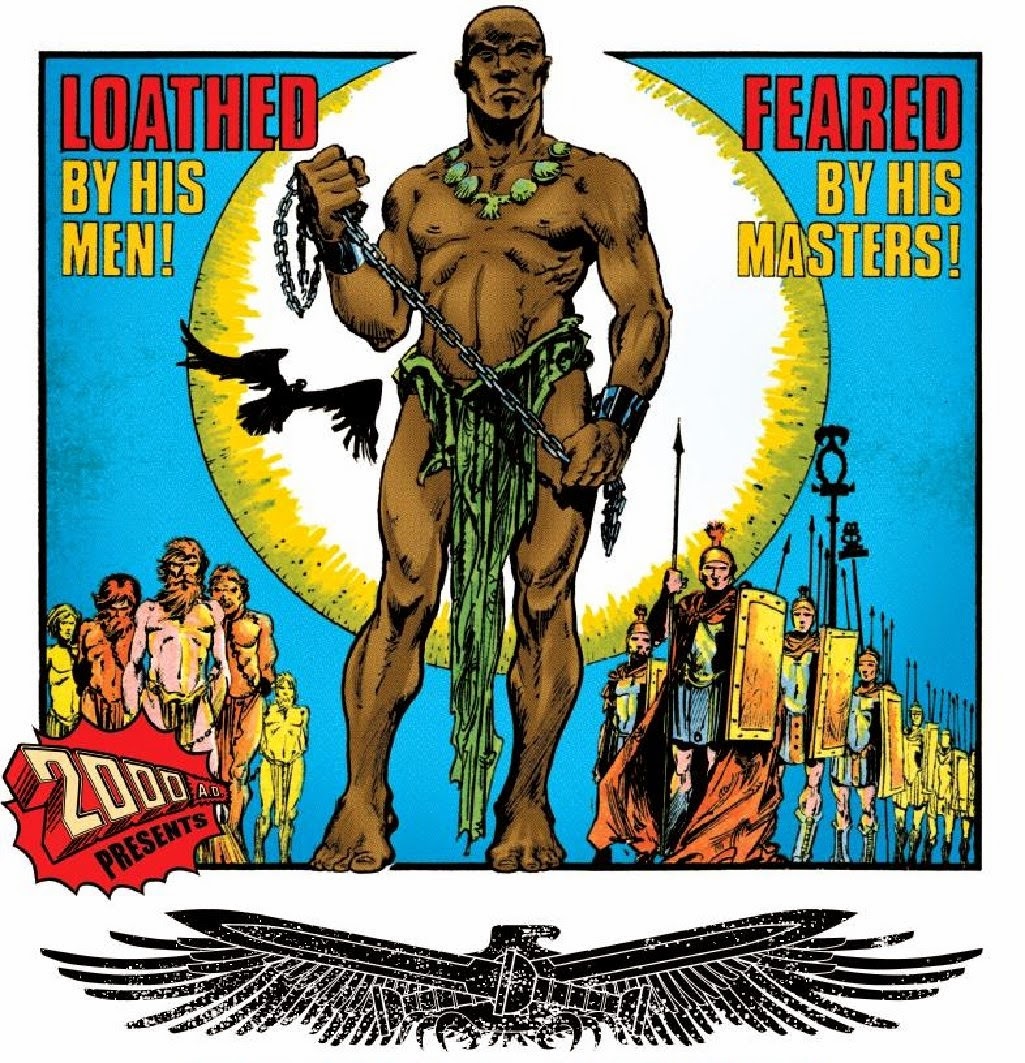 Black Hawk was the Nubian Warrior enslaved by the Romans, who is freed, made an officer, works his way around the empire and then, in a surprising move, travels out into deep space. Black Hawk is a fondly remembered strip that initially appeared in Tornado, before being absorbed into 2000 A.D. and Dredd Alert has expanded to include it.
Posted by Dave at 10:00
Email ThisBlogThis!Share to TwitterShare to FacebookShare to Pinterest
Tags: 2000 AD, Writing