Today is the 48th anniversary of the first broadcast of Doctor Who.

A while ago and with too much time on my hands I came up with a game that uses the titles of Doctor Who stories. I called it Portmantwho, which is probably the cleverest thing about it.

The idea is to link multiple (preferably unconnected) stories of Doctor Who and its spinoffs by name alone, with the end of one name being the beginning of the next. Then come up with a story synopsis of your newly created mongrel moniker. It's more difficult to explain than it is to play.

Here are some examples:

William Hartnell and Tom Baker star in this tale inspired by The Manchurian Candidate set near Manchuria. The Master frames one or more of the Doctors for the murder of Kublai Khan in… 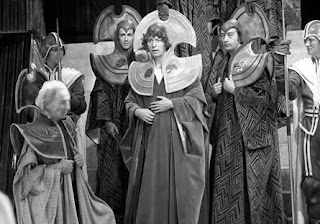 The Deadly Assassin At Peking

Guerrillas from the future come back to 2011 to prevent a future dominated by the Daleks by accidentally creating it in the past. You heard me. Captain Jack Harkness returns to Earth and his arm hurts. The Daleks scream "EXTERMINATE! EXTERMINATE!", but no one dies in… 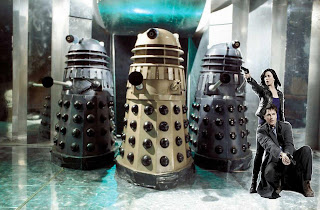 Miracle Day Of The Daleks

The TARDIS visits the planets Florana, Metebelis III and Barcelona while the Doctor and his companions aren't looking, only to return just in time to pick them up at the end of their story in… 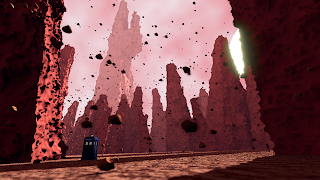 A Holiday For The Doctor's Wife

Luke Smith and Clyde Langer are recruited to fight in a war by the Martians, meanwhile the Second Doctor and Sarah Jane Smith investigate their disappearance in… 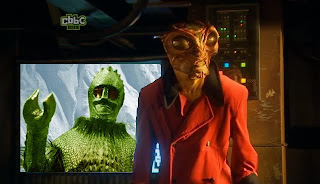 The Ice Warriors Of Kudlak

Fleeing the Movellan war the Daleks use a time corridor to New York City, Rodney Bewes can't stand the confusion in his mind, while Tegan, Turlough and Tallulah (three l's and an h) run up and sewer tunnels and it takes the combined efforts of the Fifth and Tenth Doctors to get them off the planet in…

Resurrection Of The Daleks In Manhattan

The apocalypse ends with a tautology in… 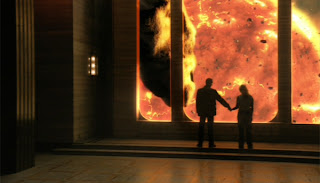 The End Of The World's End

Real Time And The Rani 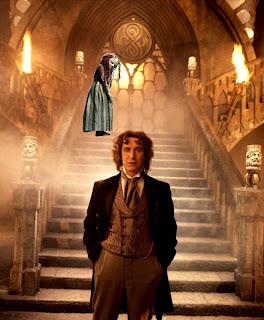 The Chimes Of Midnight Terrors

Feel free to play along...
Posted by Dave at 10:00
Email ThisBlogThis!Share to TwitterShare to FacebookShare to Pinterest
Tags: Doctor Who, Portmantwho, Sarah Jane Adventures, Torchwood

Very creative! As I'm not a Dr. Who fan, I'd rather suck at that game. (Which might be a good thing for someone who is a fan!)

Ian, Barbara and Susan all face the guillotine whilst dressed in kilts in 'The Reign of Terror of the Zygons'?

Alex, Thanks. That is the one colossal flaw in the game's construction.

Sarah, I like it. Either that or Napoleon was a Zygon all along...

What's an appropriate musical accompaniment to a post-regenerative vacation for the fifth Doctor?

"Castrovalva Holiday for the Doctor in Distress."

When the vacation resort at Port Reeve unexpectedly folded, a spokesman for the travel agency said he was sorry that holidaymakers had been trapped, but was responding to urgent requests to "bring them back now". He admitted: "I quite understand that people won't take less."

Workers rejected claims that resort founder The Master still had them under contract. "That man is evil," said Shardovan. "He says he made us. But we are free."

The Taranium Core was where it all started to go wrong for the Daleks' Irving Allen tribute.

"The Seeds of Death to the Daleks' Master Planet of Giants."

Peter, what a fantastic trio of stories. Feel free to pitch them to Steven Moffat and/or Big Finish...

Sarah, eight legs versus six legs, but who will win?