Everything comes out on DVD, doesn't it? Shelf space is at a premium in every geek's home and yet somehow a few things manage to slip through the cracks and remain unreleased on shiny shiny disc. Here's a list of eleven TV shows that are criminally not out on DVD: 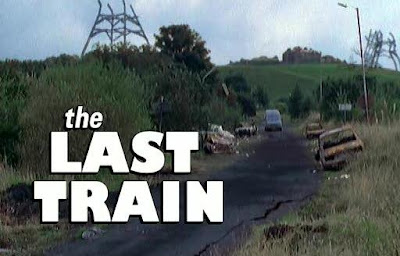 The Last Train
Matthew Graham's six part post-apocalyptic commuter tale from 1999 was an oasis in the middle of a drought of televisual science fiction. A train bound for Sheffield is accidentally cryogenically frozen and years later its passengers emerge as unwitting survivors to a disaster. 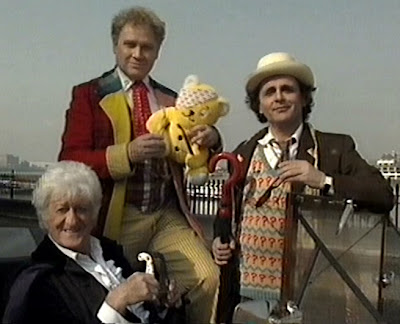 Doctor Who: Dimensions In Time, The Curse Of Fatal Death, Death Comes To Time, Real Time, Shada, Scream Of The Shalka, Attack Of The Graske & TARDISodes
The available stories from the the first 26 years of Doctor Who are almost entirely released. The tenures of the Fifth and Sixth Doctors (not to mention those of the Ninth and Tenth Doctors as well) are completely out on DVD. In addition, stories like The Invasion and The Reign Of Terror are being released with animation to replace missing episodes. However, it appears that issues surrounding legal rights, the rise of 'brand management' and a lack of interest mean that it looks unlikely that a Dimensions In Time DVD will ever make any money for Children In Need or that a The Curse Of Fatal Death DVD will do Comic Relief any good. While the more complicated co-productions of the webcasts Death Comes To Time, Real Time, Shada, Scream Of The Shalka, red button Attack Of The Graske and mobile phone footage TARDISodes all seem to fall between two stools and will probably never see the light of day.

Archer's Goon
The 1992 six-part Children's BBC serial, based on Diana Wynne Jones' novel, was a wonderful piece of television that grew more intricate with each episode. Criminally unavailable in the UK, it has apparently been released on DVD in Asia. 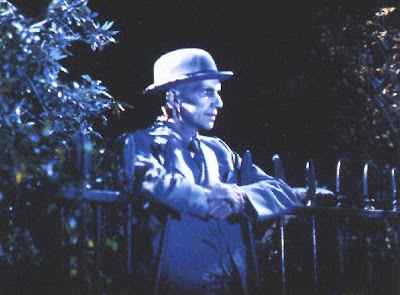 Johnny And The Dead
Another Terry Pratchett adaptation which languishes in an archive somewhere this time from 1995. If these were Discworld tales they would be out by now. 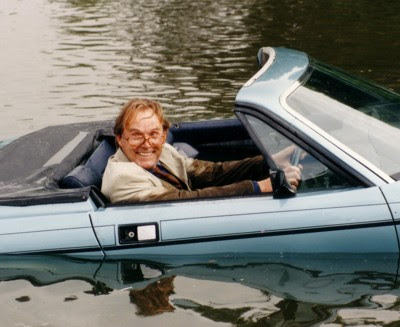 The 10%ers
A sitcom about entertainment agents from Grant Naylor Productions, the people who brought you Red Dwarf, which ran from 1993 to 1996. Surely there is an audience for this? And while we're on the subject how about I, Camcorder? 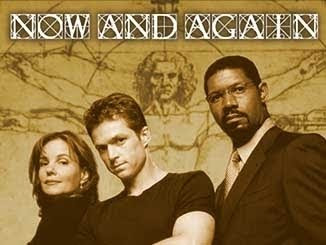 Now And Again
Eric Close, Dennis Haysbert and the amazing Margaret Colin star in this fantastic SF show about a man whose body is regenerated as part of a government experiment. As part of his new identity he must leave his old life behind and cannot see his wife and daughter, except of course he does. The show ran for one season of 22 episode from 1999 and mixed action and comedy in an emotionally intelligent TV show that definitely deserved a second season, but surely now deserves a new lease of life on DVD. 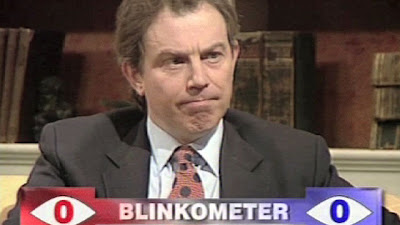 The Saturday/Friday/Election Night Armistice
A great show from the Iannucci/Baynham/Schneider stable that ran for three series with various specials, including a fantastic three hour live broadcast during the 1997 UK General Election, with a particularly great joke as the first result came in. The topical nature of this satirical comedy is unlikely to help it receive a DVD release and the . 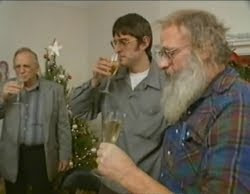 Louis Theroux's Weird Weekends
Why is this on the list? Surely Weird Weekends is out on DVD? Well yes it is, but the episodes that were released as The Best Of neglected to include some absolute beauties including Weird Christmas (pictured above). Here's to releasing The Rest Of as well... 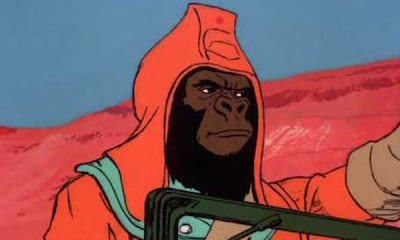 Return To The Planet Of The Apes
Technically this animated series is out on DVD in the UK, but only in boxset with six films and the live action TV series in a boxset that comes in a hideous ape head, which looks like it is judging you from across the room. Surely, it is time for a solo release? 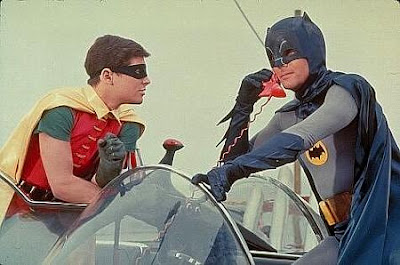 Batman
Amazingly this isn't out on DVD, because the interested parties can't agree on ownership and have therefore spent years arguing over their allotted share of zero. The series that ran from 1966 to 1968 has such a huge pop-culture footprint that surely it would be massive on DVD.

Any suggestions for TV/films that really should be out on DVD by now?
Posted by Dave at 10:00
Email ThisBlogThis!Share to TwitterShare to FacebookShare to Pinterest
Tags: Archer's Goon, Doctor Who, Louis Theroux, Now And Again, Planet Of The Apes, Please Release Me

Out of those two I've watched Doctor Who and Batman...both originals. I didn't think anyone would ever list them again. Makes me feel like a kid. Boink, kaboom! :)

Good points, well made. Archer's Goon definitely needs to be released, although someone has uploaded them to veoh.com and youtube, I think.

Thanks, I will look into that.

I contact 2|Entertain about a possible Archer's Goon DVD release and this is from their response:

"As for Archers Goon, upon investigation I can confirm that we have no immediate plans to clear and release this title on DVD"