Back Of The Net

Just like the rest of the internet, the community of people that write blogs and read blogs have come up with customs, such as blogfests and awards. For the uninitiated, which included me until very recently, a blogfest is when a blogger organises an opportunity for several bloggers to write something on the same subject and then compare and contrast the results. So far I have written for three such events, namely: Top Ten Films They Should Have Made..., Share Your Ten Best Novels and Top Ten Horror/Science Fiction Movie Quotes.

Awards are much easier to explain since people get those in the real word too. I've been lucky enough to receive two awards as a result of what I've written.

Ellie Garratt awarded this for comments made on her blog, although I can't remember what I wrote in them. I'm sure they were heartfelt. 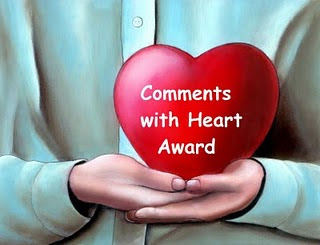 SparkleFarkle gave me a Microfiction Prize, specifically for this Microfiction Monday post. My bowling hasn't improved though. 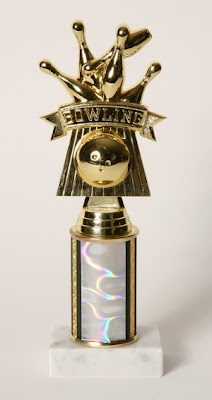 Thank you again to the pair of you.

Possibly the most flattering, however is my inclusion on a list of "more wonderful people ..." on the blog of Dominic de Mattos.
Posted by Dave at 10:00
Email ThisBlogThis!Share to TwitterShare to FacebookShare to Pinterest
Tags: Awards, Blogfests

Congrats on the award. Blogfests can be fun.