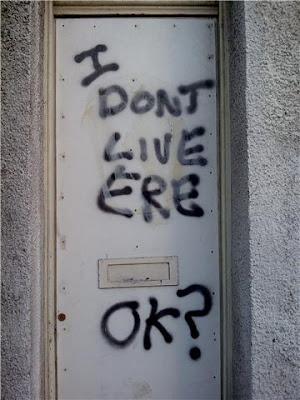 I was sent the top image on the left as a stimulus for the show that became In The Frame. The photograph was taken by Louisa Chadderton. I've never written anything with a specific stimulus in mind, much less one which will serve as a backdrop to the piece itself. Add to that the fact that the photographer will be present during the show and you've got a lot of reasons getting in the way of doing it justice.

And that's another thing, they say a picture is worth a thousand words. Whoever the 'they' are. Well this photo already tells a story, it doesn't need a narrative imposed on it by some outside influence.

I really struggled writing this piece. My first attempt with a different photo was less than impressive. So I went back to the drawing board and tried to ignore the inspiration. That's right, in spite of the reasons above, I tried to put it out of my mind completely and start from scratch. 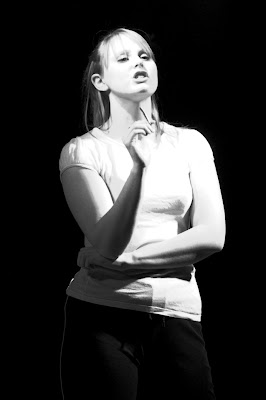 I decided on the style of an interview with no questions. Inspired by/a homage to/stolen from The Six Wives Of Timothy Leary, a play of mostly monologues, delivered as if answers to questions unheard. The idea was to come up with a list of questions and then write the answers of a group of characters. Then take away the questions and hope the answers alone hold some sort of interest, but I didn't do that.

I just made it up.

I started at the top and worked down. Sometimes I had specific questions in mind, sometimes not. Then I sent it off thinking it probably needed another re-write but as always there was no time. For there to be time enough for rehearsals, time enough for line learning and as it turned out time enough for the writer to forget most of contents.

I sat with the audience not entirely sure what was happening. The girls took their places on stage armed with cigarettes, pringles and dressing gowns that I wish I'd thought of. 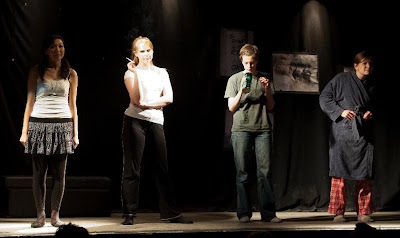 They did me proud. It was much better than I could ever have imagined. Better than I thought the script would have allowed.

These last two photos were taken by Clare Breheny who also submitted some really great photos for In The Frame.
Posted by Dave at 10:00
Email ThisBlogThis!Share to TwitterShare to FacebookShare to Pinterest
Tags: Behind The Bike Shed, Writing