About this time in 2019, I pitched an article about how the futuristic sounding year of 2020 had been depicted in science fiction:

Science fiction is full of predictions about the future and with 2020 stretching ahead of us now seems like a good time to take a look at what to expect from the year ahead. David Black plays Nostradamus. 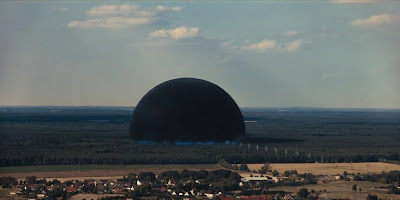 People of Cwmtaff, Wales, don’t walk on the grass! The ground will begin swallowing people up after a large drilling installation bores down to over 21km beneath the Earth’s surface. As Doctor Who proved in The Hungry Earth and Cold Blood that the Eleventh Doctor, Amy Pond and Rory Williams will discover a subterranean Silurian city. Humanity and Homo Reptilia will clash and in an effort to prevent an all-out war the Silurian elder will order his people back into suspended animation for a millennium. As a result of the conflict, Rory will be killed for the first time and then wiped from history altogether by a crack in time. Back on the surface, the drilling operation will be destroyed in the explosion. The Doctor will give humanity an ultimatum to be ready to share the planet by the time the Silurians reawaken. 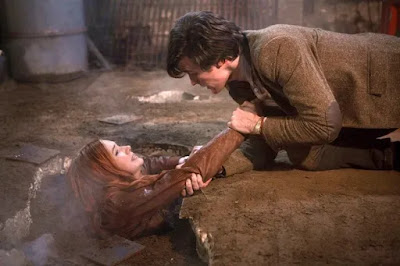 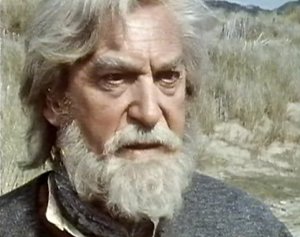 Unremittingly bleak 1987 children’s TV classic Knights of God shows us a Great Britain in the grip of a fascist religious order. Resources are scarce, fuel shortages abound and agitators are sent to workcamps or re-education centres. In 2020, the resistance fights back from bases in the Welsh mountains and what the Knights have dubbed ‘the Wasteland’, formerly known as Yorkshire and Lancashire. The Archbishop of Canterbury will be killed by the Knights of God for protecting the sole surviving member of the Royal Family. The Knights will begin to fight amongst themselves and the resistance will take full advantage of the opportunity. They will press home their attack and the upper echelons of the Knights of God will be slain. The resistance will restore the monarchy and the people of Britain will rally around their new king, Gervase I. 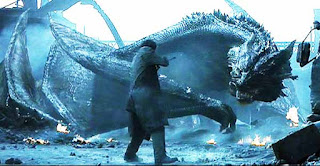 Reign Of Fire warns that dragons will render humanity almost extinct, but that this is the year that a small group will finally rise up and slay the dragons in Great Britain and begin to rebuild the human race. A note of doubt comes from polygon role-playing video game 7th Dragon 2020, however, which predicts that dragons will maintain a stranglehold on Tokyo.

It’s usually good advice to be yourself, but the Dollhouse finale, Epitaph Two – Return, informs us that by 2020, it’ll be much more of a challenge. Half the world’s population will have had their identities wiped by technology that originally came from the Dollhouse in Los Angeles a decade earlier. These blank canvasses are known as ‘Dumbshows’ and they wander the world ready for an imprint of a different personality. They are often hunted by ‘Butchers’, individuals imprinted with violent tendencies. Only a handful of ‘Actuals’, people with their own personality inside their own head, remain. A small group including ‘Dolls’ and staff from the LA Dollhouse will risk life and limb to use a pulse-bomb device designed to wipe the remaining population to return everyone’s personalities to their original owners instead. 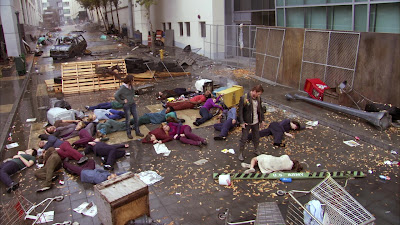 If you find yourself on the opposite coast of the USA, make sure you don’t need saving. Arno Stark, a relative of Tony Stark, will inherit Stark Industries and use its resources for unscrupulous ends as witnessed in Iron Man 2020. Rather than using Iron Man’s armour to achieve anything superheroic, he will instead use it to commit acts of corporate espionage to cripple his competitors and to act as a hired mercenary for the highest bidder. 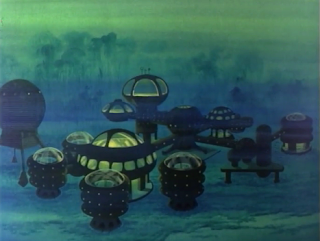 250 men, women and children will live and work in Sealab 2020, an underwater complex built atop Challenger Sea Mount a submerged mountain. Under the command of Captain Mike Murphy, the oceanauts will face red tides, green fever, blue whales and white sharks, but they will make no mention of microplastics or rising sea levels.

Book your holiday early this year as intricate time-travel thriller Dark has shown us that the apocalypse will begin in the German town of Winden on June 27. The day before the local nuclear power plant is due to be decommissioned, a police investigation will unearth a repository of toxic waste in an old mothballed reactor. A ‘God particle’ will form and will be influenced by similar particles in 1921 and 2053. The particle expands exponentially destroying the power station and its surroundings. Only a handful of people will survive in underground locations and alternate realities. 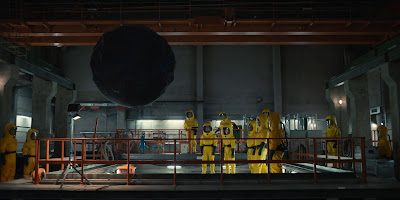 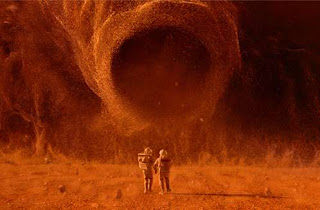 Away from Earth, 2000’s Mission to Mars showed us not one, but two Mars missions that will land on the red planet, where the astronauts will discover a crystalline formation which they believe to be a sign of subsurface water. Further investigation will find that the crystalline structure is part of a large humanoid face and the weather will be decidedly inclement. The construction of NASA’s Mars base will be completed this year. The base will then be promptly destroyed by an army of androids from the planet Guk. The androids, led by an individual named Zelda, will set up a base of their own on Mars as a bridgehead to an invasion of Earth as seen in Terrahawks. 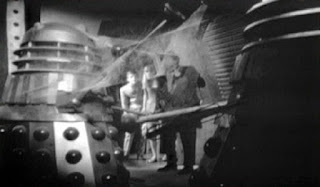 According to some sources, this is the year that dormant Daleks from a spacecraft crashed in the mercury swamps on the planet Vulcan (not that one) will be reactivated by a scientist from the nearby human colony. Doctor Who’s The Power of the Daleks shows us that the metal mutants will initially act as servants to the colonists until they are able to reproduce themselves and then they will attempt to take over a human colony. Only the efforts of the newly regenerated Second Doctor will prevent them from being successful.

Elsewhere in space and, centuries before it will collect Captains Kirk and Picard in Star Trek: Generations, the Nexus will cross the universe again as it does every 39.1 years. 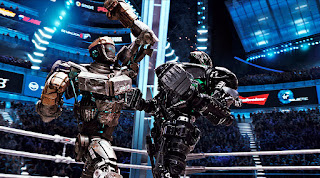 In sports news, Super Baseball 2020 has shown us that ‘America’s Pastime’ will see many upgrades made to the game, including robot players, body armour and jetpacks. Real Steel reveals that boxing will also see the Queensbury rules expanded as robots replace human competitors. Whether this need for automation will spread to other sports is, as yet, unclear. 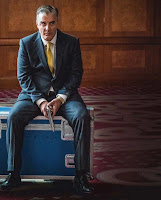 On Tuesday, November 3, 2020, arachnophobe Jack Robertson, fresh from his appearance in Doctor Who’s Arachnids in the UK, will challenge Donald J. Trump in the 59th quadrennial US Presidential Election, however, Years and Years has shown us that he will be unsuccessful and that Trump will win a second term. The defeat of the Democrat party will be blamed on Russia, Florida will become embroiled in a voting scandal and France will refuse to accept the validity of the election.

A virus will wipe out most of humanity with only a handful of survivors. Believing himself to be The Last Man on Earth, Phil Miller moves into an opulent, gated community and when not hoarding priceless artworks and pornography, he proudly uses a swimming pool as a toilet. 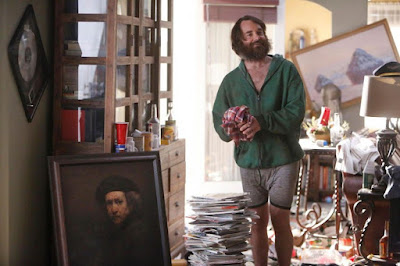 2020 is the year in which you will almost certainly die whether under an oppressive regime, a virus or quantum physics gone rogue. If you manage to survive then existence will be tough and the best places to wait for civilisation to get back to normal are either outer space or at the bottom of the ocean. Steer clear of dragons and Daleks and stay close to some decent sanitation.

The obvious elephant in the room is that a fatal virus did hit humanity in 2019, but after I submitted this. I got very ill at the end of 2019, months before Covid officially reached the UK and long before the vaccine and testing, so I'll never know if I had it then. Covid didn't wipe out the human race in 2020, but it has killed 6.61 million people at the time of posting.

Trump did not win a second term, he was beaten by Biden. France did accept the result of the election, but enough Republicans pretended not to have lost that Trump was able to promote a conspiracy theory that the election was stolen from him, despite a conclusive absence of proof. He monetised this lie and raised $250 million which he then did not use as promised. Trump supporters seeking to overturn democracy were responsible for an armed insurrection on the 6th of January 2021. Faith in democracy is at a depressing low.

Posted by Dave at 10:00
Email ThisBlogThis!Share to TwitterShare to FacebookShare to Pinterest
Tags: Doctor Who, Dollhouse, Marvel, Star Trek, Writing