It's been another weird year.
I can confirm that looking after a two year old, is much more difficult than looking after a one year old. This rate of mathematical progression does not fill me with confidence in light of my impending duty to look after a three year old.
As far as I am aware I did not not get Covid, but instead I did get two vaccine doses and booster, which was pretty incredible given where we were this time last year.
I wrote twelve articles for Hero Collector: Doctor Who Top 10 Modern Cliffhangers, Beat Blue Monday, George Lucas' THX 1138 @50, Star Trek End of the Enterprise, X-Men: First Class @10, Attack The Block @10, The Earth is Doomed!, The Expanse @10, Captain America @10, 007: Top 10 Pre-Title Sequences, Dark Season @30. and The Expanse Boasts A USP For Sci-Fi Fans. That's almost one a month.
Outside In Wants To Believe was published containing my article, You Say Goodbye, And I Say Hello. 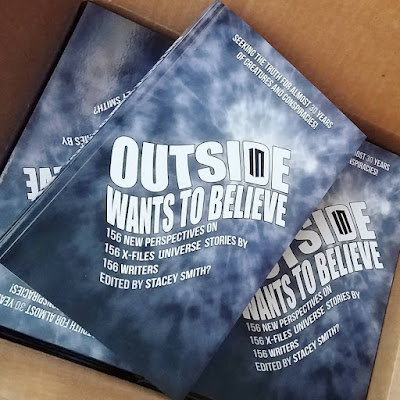 While there were articles that were exclusive to patrons about the deleted scenes from Serenity: The Pilot, Our Mrs Reynolds and Objects in Space. episode orders, opening narrations, character profiles of Badger, Niska, Saffron and the Hands of Blue, A History of the 'verse Part One & Two, Top Ten Firefly Flashbacks, Screentime, Top Ten Death Tolls and an analysis of the opening titles.

Spatial Anomaly was neglected in the second half of the year, but I'm planning on continuing it in the new year.

There was also a top secret project that took up any free time that I had. I'll let you know what it was as soon as I can...