I'm not in episode five of Stewart Lee's Comedy Vehicle, Religion, but I make a return in the last episode of the first series, Comedy. 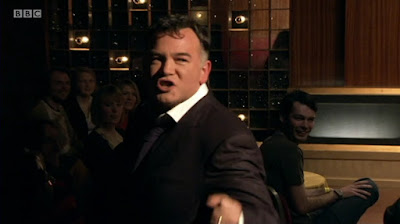 Somehow Stewart Lee managed to forge on without me for a further three series until some fool cancelled the show. The subsequent Daveless series are also all available on the BBC iPlayer.
Posted by Dave at 10:00
Email ThisBlogThis!Share to TwitterShare to FacebookShare to Pinterest
Tags: Acting, Stewart Lee's Comedy Vehicle